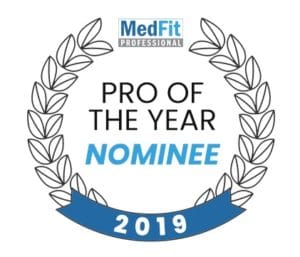 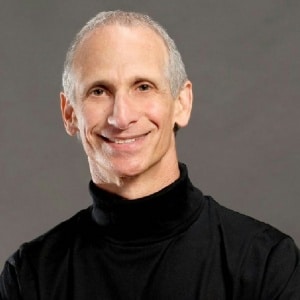 Dr. Irv Rubenstein graduated from Vanderbilt-Peabody in 1988 with a PhD in exercise science, having already co-founded STEPS, Inc. two years earlier. One of his goals was to foster the evolution of the then-fledgling field of personal training into a viable and mature profession.

“Dr. Irv is arguably the most certified and academically qualified personal trainer in Middle Tennessee.”

In addition to his academic achievements, Dr. Irv has been an active practitioner and teacher of Tae Kwon Do for nearly thirty-five years. He has employed the same tenacity and work ethic in growing his business that earned him the rank of 6th Dan Black Belt.

As a writer and speaker, Dr. Irv has earned a national reputation as one who can answer the hard questions about exercise and fitness – not just the “how” but the “why”. He co-authored a chapter in the first American Council on Exercise (ACE) Manual of Personal Training (1991), and a similar chapter in The Business of Personal Training by Scott 0. Roberts (1996).

He also created a couple of software-based exercise kits, and edited three Exercise Ideas books for Visual Health Information, a leading fitness resource company. These kits are used internationally to prescribe exercise for fitness and therapy by fitness professionals and physical therapists, physiotherapists and other therapy professionals.

In the mid-1990’s, he started teaching around the country for Exercise ETC, Inc., an organization that has since become the premier provider of continuing education credits for all the major certification boards in the field of exercise training. He was also the original provider of research article synopses for Exercise ETC’s FITBITS website for fitness professionals who are hungry for facts, not fiction. When he was involved with Exercise ETC,  he specialized in teaching programs ranging from injury and training for the major joints (knee, shoulder, back) to senior fitness to functional training.

Dr. Irv’s certification from the American Academy of Health, Fitness, and Rehabilitation Professionals as a Post-Rehabilitation Specialist is just one of the many ways he stays current on the issues that he and most trainers face. Whereas this certification prepared him to deal with many of the musculoskeletal issues clients face, he continues reading and studying professional, peer-reviewed journals, newsletters and seminars.

Dr. Irv also studies the latest measures of pre-hab and post-rehab as evidenced by his attendance at such specialty programs on knees (Vanderbilt Orthopedic Institute), shoulders (Lexington (KY) Sports Medicine) and ACL injuries (Cincinnati Children’s Hospital), as well as regular attendance at the American College of Sports Medicine’s annual convention.

He has consolidated this information into an exercise routine to condition the knees and low back using medicine and stability balls. Thus was born Dr. Irv’s class and exercise video – Rock, Roll, ‘n Reggae – that has been taught around the country, including at the renowned Canyon Ranch in Tucson.

In addition, he presented a lecture on the challenges of weight loss via exercise at the first Lifestyle Intervention conference in September 2011 titled “The Weighting Game: Why It’s so Hard to Beat the House”. It was in preparation for this talk, despite having lectured for years for Exercise ETC on this topic, that Dr. Irv became convinced that, once one gains excessive weight, the many elements of physiology stack up against you.

Thus, he converted his philosophy of weight management to one supporting healthy living as compared to helping others lose weight.

Dr. Irv has also volunteered his time and expertise to benefit the community at large. He is a founding member and former board member of the Eating Disorders Coalition of Tennessee and co-chaired its Education Committee the first few years, organizing the EDCT’s Annual Forum.

He was a presenter at the 2007 EDCT Annual Forum on the positive role of resistance exercise in the treatment of anorexia. Dr. Irv is also a former board member of the Middle Tennessee Arthritis Foundation. In 2011, Dr. Irv was one of the finalists for the ACE/IDEA Personal Trainers to Watch List.

Dr. Irv’s notoriety in Nashville, Middle Tennessee and in various cities around the country is indisputable. However, he is also frequently quoted and sourced for many fitness and wellness articles in print and on line. And, in 2019, he was nominated as Personal Trainer of the Year by Medical Fitness Network, an organization with which he has been involved as an advisor and friendly consultant since before its inception.

While all the letters after his name; and all the sources of education he has both taught and partaken in; and the fulfilling work he does with all the great trainers at STEPS Fitness; and the many things he’s learned while training Nashville’s finest people, the things he most cherishes in life are his three kids, Justin, Lydia and Sophia.

STEPS is the best Nashville gym ever and I have tried them all. The quality of the facility, equipment and most importantly, the trainers is superb. Give STEPS a try. They won't disappoint.

I met Dr. Irv through a friend of mine who totally transformed her health with his expertise. I had a hip replacement from a bad fall and I’ve struggled with tight hips, limited range of motion, bursitis and Arthritis. I turned 60 last fall and I knew if I was ever going to get better I had to go to someone that understood what I was dealing with. I knew I had the motivation, I just needed the right help. Irv was my answer. In my first assessment he knew quite quickly where I needed to work on my body to get my strength back and that range of motion I had been missing. I’m so happy to say I’m on my way and I feel 100% better because of what Irv has shown me for the right exercise, nutrition and complete wellness. I have found a new home for complete recovery at Steps and with Irv. I highly recommend to anyone who thinks their body will never be the same again to go here, see Irv and take your body and your life back!