Rheumatoid arthritis (RA) is an auto-immune disease whereby the body mistakenly attacks itself as if the target tissue is an outside threat. In the case of RA, the cartilage which protects the ends of bones that make up a joint get damaged during an auto-immune flare up and over time does not heal itself; the cartilage is damaged to the point that the underlying bone eventually deteriorates. That sub-chondral bone, as it’s called, has nerve endings that transmit pain signals to the brain. In addition, the inflammation of the body’s counter-attack on its own cartilage creates swelling that also stimulates pain signals in the soft tissue of the joint.

Osteoarthritis (OA), the more common type of arthritis, results from….well, there’s plenty of speculation about that too. Normally, despite similar down-stream effects as in RA, the causes  of OA are attributed to over-use, poor body mechanics, prior injury and even under-use. Of special concern to many athletes, especially runners, is OA of the knee, and that’s the essence of this blog post.

An article in the August 16, 2017 issue of Runner’s World magazine tried to address this issue in lay terms. Let me summarize:

1. Running does not cause OA

2. OA is roughly similar in earlier times, going back as far as 6000 years ago (prehistoric) up to WW2 (early industrial)

3. Yet knee OA has nearly doubled among the skeletal remains analyzed, comparing prehistoric and early industrial specimens to post-WW2 specimens

The big question that arises from this archeological study is why do modern humans, even those who were not runners, have higher rates of OA than their ancestors in this land we call America? 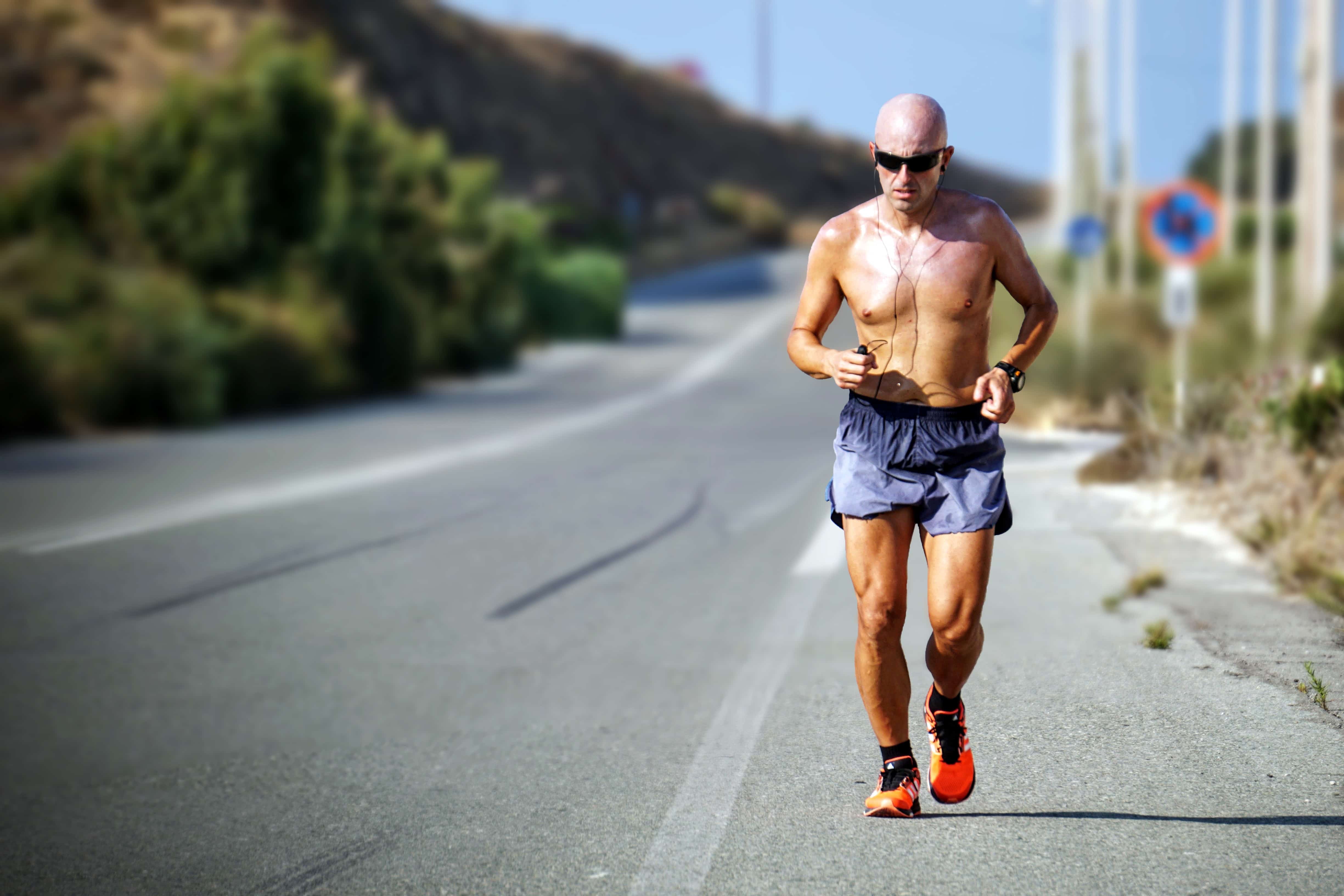 First, we live longer, one of the biggest contributors to wear and tear on a joint.

Second, we move/run on concrete, not dirt, sand, forested terrains.

Three, we’re heavier, much heavier, as we have plenty of calories at our disposal and live more sedentary lives.

Other sub-hypotheses are also offered for further consideration. For one thing, early man walked all day long in no or minimal shoes. Think moccasins and sandals. Perhaps our shoe wear, including casual, work and athletic shoes, changes how our knees absorb and manage shock. The other is that we are more sedentary than our predecessors and therefore our muscles can’t handle some of the forces we apply even if we are in shape.

Allow me to propose a third hypothesis that takes into account elements of some of the above. Many runners don’t start running seriously until their teen years or later. Thus, despite their youth, their musculature started in a state of unpreparedness relative to our less advanced ancestors who walked and ran all day long, just to survive.

That and the fact that they often started in shoes that were, perhaps, not optimal for their feet or their body alignments, often choosing shoes because they were vogue, cool, stylish or promoted by ads to make you believe they actually helped you run better, faster and with less risk of injury. After several iterations of shoes, over time most runners find the ones that work best for them, but the damage may have already started, microscopically.

Finally, and this may be the least analyzed by biomechanists and anthropologists, we don’t run as kids or as young adults the way we did in our survival days. We play sports that require us to run, cut, jump, stop and go, etc. These sports, from baseball to football to soccer to tennis, even to golf, have us rotating on our tibial plateaus, the tops of the lower leg bone, grinding our femurs into the menisci that allow for fluid but primarily linear forward movement. Time plus any prior injuries will take its toll and the cartilage that protects the end of the femur will bear most of it.

(Let’s face it, folks: our ancestors squatted several times a day, to poop, relax, even dine, but never did they do 3 sets of 10 with a weight equal to their body weight just to get strong. They were either strong or dead!)

In other words, if we are to try to protect future generations from the aches and pains of OA, there are a few bits of advice many are promoting within their personal fields of study.

First, get out and play and move as kids, and start on soft, pliant surfaces without shoes if possible.

Second, even if your kids play sports, don’t use the sport as training for the legs; you train them to play the sport, not the other way around. Developing more muscles around the knee and hips will minimize the forces that otherwise damage the joints.

And third, with all that play, all that movement, barefoot or in minimalist shoes, eat right to avoid getting overweight let alone 0bese. When you think of all those who took up running in order to lose weight after poor diets and sedentary lives, it makes sense that the precursors to OA had already set in. One of the best ways to avoid obesity is to not get there in the first place.

Until those three rules are met more consistently by future generations of runners, we may not be able to truly determine the causes of knee OA. Nonetheless, until then if you’re a runner, keep running, but don’t stop strengthening the muscles around the joint, either.

That’s where a good personalized training routine comes in handy!