Here’s an article that stimulates absolutely no thought in my mind: http://well.blogs.nytimes.com/2011/01/05/does-exercising-make-you-drink-…

Scientists are baffled and quickly resort to hypotheses based on brain chemistry. Some suggest social aspects – we play then we drink; or we drank so let’s go to the gym and work it off. ha ha ha. 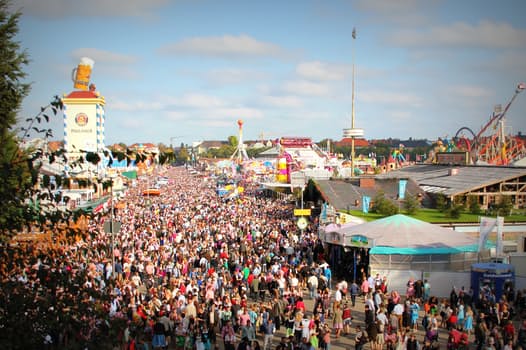 Why do I not give it any consideration? Because of all the things I’ve seen, experienced, and actually done as a vigorous and regular exerciser from teen years to today, the only link I see to alcohol intake among exercisers is the same I see among non-exercisers: some do, some don’t, and most slow down as they age regardless of their exercise habits.

I did tae kwon do for almost 20 years 6 days/wk for 3-5 hrs a day. I was not a drinker but some of my peers were. I have been a cardio athlete – not fast but consistent – and some fellow runners drank and others didn’t, and running or not running did not affect their habits or their quantities. I have been a trainer for over 24 years and none of my clients go drinking because they exercise, nor have they stopped because they exercise; and none that I know of come in to exercise after they’ve been out drinking any more or less than their usual appointments to exercise would suggest. In fact those who do party more tend to NOT come to their appointments as regularly.

So, while my anecdotal evidence does not quite match that of the studies mentioned in the article, I have a hard time buying into the idea that there’s any causal relationship between alcohol consumption and exercise consumption. but if I were a public policy advisor, I’d be promoting the idea that more of us should go have a beer so long as we were going to the gym or track shortly thereafter. Not only might it de-stress us but it would also decrease all the other co-morbidities associated with sedentary lifestyles.