What’s all the fuss about “core”? Too many articles in the lay literature address core as if somehow it’s a brand new thing in fitness. Yet, those articles fail to appreciate the full measure of what core exercise is all about. In fact, they tend to further the image of core by emphasizing the abdominals, praising stars and models for their core work based on how they look with bare midriffs.

This is not to say the trainers for these media stars, or even the stars themselves, or the authors who write about them don’t know a core from an ab. But it is disturbing to me and my colleagues that the two phrases often get juxtaposed as if you can’t have one without the other. 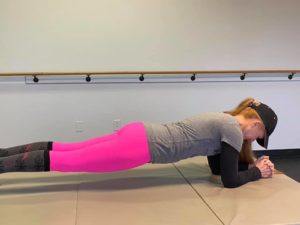 Whereas any movement of any part of the body requires some stability in some areas in order to be fluid and correct or on target, the core is the central regulator, dissipator and capacitor for all human movement.

Without going into excessive scientific detail and rationalization, for the sake of simplicity for all to understand, the core partially consists of the anterior abdominal wall which is made up of the rectus abdominis (RA, or 6- or 8-pack) on the front and the external (EO) and internal obliques (IO) on the sides. The EO has fibers that run from the lateral lower rib cage toward the midline downward; the IO start more toward the lower back (attaching to the thoracolumbar fascia and anterolateral pelvis) and run upward toward the midline attaching on the lower anterior ribcage. If you can imagine it, the EO fibers run diagonally away from the midline and therefore pull the trunk toward the opposite side of the body; the IO pull the trunk toward the pelvis on the same side. Together they bend the spine laterally toward the side they’re on.

But the anterior abdominal wall, which is what people associate with a strong core, isn’t the whole picture, visually or functionally.

The posterior core consists of the quadratus lumborum (a low back muscle that bends the spine to either side), erector spinae (the thick, multi-muscle group of the lumbar spine which extends the spine backwards), and the gluteals, especially the big muscle, the gluteus maximus, your butt muscle.

Thus, we should include the hamstrings on the back of the thigh and the quadriceps on the front; the adductors on the inner thigh and the abductors on the outer thigh such as the TFL (tensor fascia lata), sartorius and, above all, the gluteus medius and its baby brother, gluteus minimus. All these are what some have called the ‘global’ muscles of the core in addition to the abs and low back/gluteals above.

However, where there’s an outer or global core, there must be an inner or local core. These are the muscles that make up the ‘inner tube’ or ‘cylinder’ that support the spine. The front of the inner tube is made up of the transversus abdominis (TrA or TvA).  The posterior wall is made by the psoas, which combines with the iliacus to form the iliopsoas. This under-acknowledged and under-appreciated muscle is worthy of more attention by spine docs and fitness professionals despite or maybe because of the lack of use it suffers in modern society.

Like any cylinder, there’s a top and a bottom. The top of the inner core is the diaphragm – yes, you read that right: the dome-shaped muscle that we always associate with breath and breathing. Again, out of respect for your time, I won’t delve too deeply into the role of the diaphragm but suffice it to say that, prior to any major body effort, that little breath-hold you take – the Valsalva maneuver – requires a functioning diaphragm to inhale and hold the air.

And the bottom is what we call the pelvic floor, the complex of small muscles in the bowl of the pelvis that help control urination, defecation and stabilization of the pelvic organs. You mostly know it when it’s not working right, such as with incontinence, but it’s a critical set of muscles most of us never have to think about when it comes to activity let alone spinal stabilization. According  to some, though it may be a little too scientific for this discussion, its valuable role comes into play when stiffening the spine against heavy exertions.

To conclude Part 1, the core is the center of the body with branches upward, downward, and side to side that help stabilize the spine so that forces can be transmitted along the kinetic chain. These muscles link with each other in and around the pelvic-lumbar spine regions to direct our legs and feet, shoulders and hands in the directions and in the manners which we expect. They align our head and neck to enable us to see our world. They require a new way of thinking when it comes to training in the gym or on the field of play or work. Their integration is more important, unless there’s a known or notable weakness or dysfunction, than the strength or look of any one or more of them.

In Part 2, in a subsequent post, I will address the fundamental principles of authentic core training and will point out how to judge truly core exercises from tone-and-fit ones.