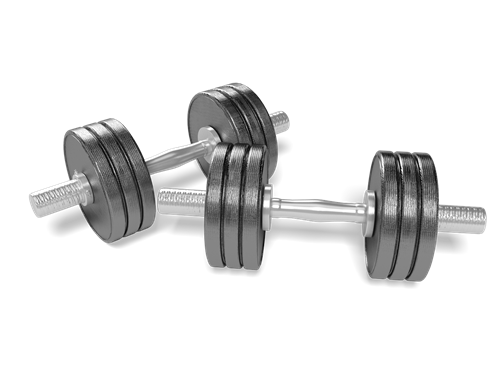 Did you ever wonder why an exercise session or any physical activity beyond that which you ordinarily do is called a work out? I did, so I looked it up. Google, my best friend, gave me several options but no clarity.

Of course, it all stems from the idea of ‘work’ which, for brevity’s sake, means using your mind and/or body to accomplish a task. Hence we have “go to work” as in “make a living”; “homework” as in “school work you do at home”; “emotional work” as in “get your s..t together”; and then there’s exercise, even if indoors, even if not to get anything out of you…and we call that a ‘work out.’ It’s such a negative term, as in working out one’s frustrations or one’s calories.

There’s essentially nothing positive about it. Thus it tends to have a negative emotional value for so many. Now, if I was a comedian, I could surely make a humorous riff out of this composite of a noun or verb and a preposition. But I’m not. And if I was a linguist, perhaps I could parse  it down to it’s purpose or intent based on its etymological history (which, if you do Google it, takes you back to the mid-1890s). But I’m not. I am, however, a fitness professional and I could not help but think maybe we should revise the phrase.

For example, if you “work in” at the gym, you are asking someone using a piece of equipment if you can get in a set while he/she rests between sets. If you “work through”, that would be like interrupting, going out of turn, unless you got permission, to use equipment or space that others are using. Neither of these reflect the essence of a work out, though. Obviously a “work off” or “work up/down/under/until/with/ without” etc, just doesn’t make sense. When you look at all the prepositions out there – 33 according to one site – there are none that confer meaning to the use of ‘work’ as it pertains to exercise or physical activity, except, maybe toward. But going to a “work toward” just sounds goofy.

On the other hand, when you exercise, it is to accomplish a goal: improve fitness, improve strength, lose weight/fat, gain muscle, improve balance, reduce injury, etc. In other words, you are aiming AT something; you are doing things to get AT a state of being or ability to be that you have not quite gotten to at that point in time. So I would propose we use  the phrase “work at” to define both the verb of exercising toward some goal and the noun of the time and space you allot in order to accomplish that goal.   So the next time you don your exercise clothing to hit the road for a run, remember that you are working AT improving your endurance, speed, body composition, and/or cardiometabolic health. 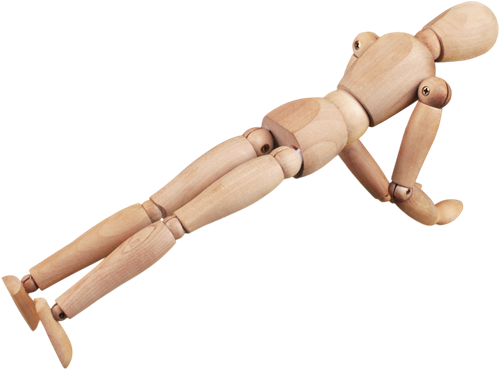 When you drop to the floor to do push ups or grab a dumbbell to lift it or press a lever on a machine to move the weight plates, you are working AT getting stronger, getting leaner, and/or getting more functionally fit. And when you stretch your low back, your calf muscles, your wrist or your neck, you are working AT gaining or maintaining mobility for comfort, ease of motion, pain relief or injury prevention. In other words, we need to stop ‘working out’. Instead, think positive, happy thoughts; think about all those things that exercise provides you as a goal to be achieved at some level and for some benefit.

Think about working AT being a fitter, stronger, better you. Work yourself out by doing your work at.

The never-ending search for what little activity we can get by with and still be healthy, as compared to fit (let alone trim, let alone cut and defined) captivates both the lay and scientific communities. If there is one thing that stands out, however, it’s the absolute certainty that being sedentary is totally not healthy, not wise, and not good. The budding “science of sedentariness” now informs us that it is necessary to accrue moderate-tovigorous physical activity (MVPA) throughout the day, not merely during that 30-60 minutes you spend in the gym. And that, most of us can agree, is good.

When I was in graduate school, in the late 1970s all the way through the 1980s (for those who don’t know this, I was on a 10-yr track program, where I tried to stay in the lap of luxury as a grad student as long as the university would allow), the science of MVPA was brand new. Prompted by the “aerobics” movement, a term first coined by Dr. Kenneth Cooper in Texas in reference to walking, jogging, cycling, etc. and subsequently adopted by many group exercise teachers, the prescription for optimal exercise has been the Holy Grail for exercise professionals.

To start, MVPA, whether it’s aerobics or resistance training (RT), can be defined by applying four criteria to an activity: intensity, frequency, duration and type. So, for example, we have walking fast, walking often, walking for x-number of minutes, and walking trails or treadmills. Likewise, for RT, we have doing X-sets with Yrepetitions of Z-exercises 2-3 times a week. Back then it was deemed necessary to get in at least 30 minutes contiguously, at least every other day, generally around 60% – 85% of your maximum ability (maybe heart rate, or aerobic capacity if you knew it.) Gradually – by the time I graduated in fact – this Rx was whittled down to 3 bouts of 10 minutes at least every other day at a similar intensity as above. That is, the studies were showing you got almost the same benefits by doing intermittent exercise as you did by doing contiguous. Granted, these conclusions were based on matters of health, not appearance or athletic fitness. But this made exercise way more palatable for the next 15 years or so.

Today, studies are showing that such health metrics as blood sugar control and arterial function and even heart rate variability can be impacted merely by standing up just 2 minutes every hour. While all of these benefits are at the low end of the fitness spectrum, it should be understood that, for those with health conditions such as diabetes, high blood pressure, coronary heart disease, etc, simply standing and down-regulating the negative effects of sedentariness may be a start toward improved health and longevity. A recent study upped the ante to 5 minutes of walking every hour of sitting to get even more benefits. And it won’t be long before some group of grad students comes out with a simple rule to follow, like three 10-minute bouts of MVPA per day, to become not just healthier but even fitter and maybe even trimmer.

In other words, we’ll have come full circle since I first entered grad school. And that may be good enough.
In Good We Trust

Dementia, or its more daunting end-game, Alzheimer’s Disease (AD,) is feared by all middle aged boomers and their elders for a variety of reasons, not least of which is the loss of independence it portends.

While there are no cures for it at this time, there are many lifestyle factors that correlate highly with one’s risk of developing dementia/AD. Many can point to poor diets, obesity, low fitness levels, less social interaction, fewer and less novel cognitive challenges, etc. as related but we all know people who developed various levels of cognitive impairment despite living very healthy, active, interactive and intellectually-stimulating lives. But once the brain starts to deteriorate, short of impaired blood flow due to any number of vascular diseases, it is feared there is no going back.

But that fear may have a new challenger. Recently a couple of studies have demonstrated that in the early stages of AD, significant cognitive, behavioral, and emotional gains can be achieved by doing what’s nearly unfathomable for most people to consider doing: HIT, or high intensity training. Typically we think of this in terms of cardiovascular training, so I want to stick with the research on this despite the fact that, in the athletic world, HIT can be applied to resistance training, too.

While it should not be discounted because most people won’t do it, HIT is a viable alternative or supplement to everyone’s training but may be a necessary replacement for those showing signs of cognitive decline. A study from South Korea has demonstrated, only in mice unfortunately, that 12 weeks of treadmill running (which corresponds to years for humans) “reversed the impaired cognitive declines and significantly improved the tau pathology” in mice bred to have Alzheimer’s-like changes in their brains as they aged (MSSE, Sept. 2015, pg. 1814). Likewise, another study found a “significant association was found between habitual physical activity and executive function change” (Neuropsychology, Development, and Cognition, Section B, Sept. 2015, 1-19). Many studies, however, do not demonstrate curative benefits but do support how exercise helps those with AD manage depression (Ageing Research Reviews, Sept. 2015, S1568).

So the take-away is this: HIT is useful for weight management, athletic preparation, fat reduction, aerobic and anaerobic conditioning, and it abbreviates one’s total commitment to exercise per session and even per week. But it may bring the body in line with the brain, too, making it a valuable asset in the effort to deflect or defer or manage dementia/AD. And it’s not as scary as it sounds, compared to the alternative.

The Brain and the Body Are One