“I feel fluffy”: Conflating a body composition analysis with an emotion

Most of us old enough remember Julie Andrews’ version of “I feel pretty”, by Leonard Bernstein and Stephen Sondheim. But it was originally written for Maria to sing in the original 1957 theatrical version of West Side Story. Ever since then, however, humankind has conflated many other adjectives with emotions. The one we trainers hear about that first week of January is “I feel fat”, where someone does a rough estimate of one’s body composition and declares themselves not only as fat but also as feeling it.

Let’s get something straight: fat is a macronutrient, a special combination of carbon, hydrogen, and oxygen that is different from the other two macros, protein, and carbohydrate.

Let’s face it: feeling fat is a declaration of dependence on social mores about how one is to perceive one’s body and the self-image that perception confers. And that’s very self-deprecating and demotivating. 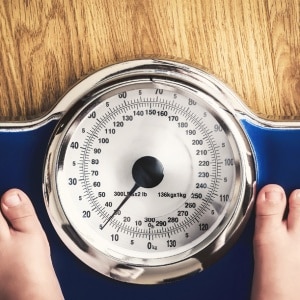 Thus, when a young-ish female client declared that she felt “fluffy”, I was taken aback; I understood from where she was coming but I had to dig deep into my vocabulary to find a parallel or counter-emotion. Turns out some synonyms for fluffy are flossy, downlike, soft, downy, whereas some antonyms are hard, noisy, loud, or tough. Who do you know feels downy let alone hard? (Now stop that; this is a family-friendly newsletter.)

Now, let’s get back to exercise science. When someone feels “fat” of “fluffy”, I know what they mean but I try to reconfigure the sentence into an action that can be taken to feel different. By that I mean, how can that person effect their fatness or fluffiness?

Well, first off, they could always initiate an exercise program to develop more muscle mass. This is easier said than done, especially for females, especially older females and males. Studies are generally 12-26 weeks long, a semester or a school year, when professors have grad students to help them implement the training programs and take the measurements. Speaking of females, most 12-week studies are apt to show an increase in muscle mass of 2 – 4.4 pounds with older folks having to train longer to get there. Thus, easier said than done. 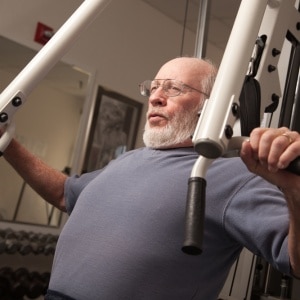 Second, they could always diet, another term fraught with misunderstanding. A diet is actually an all-encompassing term that describes the foods you eat, how you eat them, when you eat them, and all the cultural, seasonal, metabolic, physiologic, and emotional factors that impact them.

TO diet, on the other hand, is a more modern term describing a weight-management (usual weight loss) and/or health and fitness goal centered on foods, nutrients and timing.

By way of simplifying matters, there are basically 4 types of diets: low fat, low carb, high protein, and intermittent fasting. There are variations within each of these – think marathoners’ high carb diets of the 70s which were otherwise low fat; or keto which is very low carb and high fat but not necessarily high protein; or Atkin’s which is higher protein, including higher fat and lower carbs; or fasting x-hours a day or days-a-week to reduce overall calorie intake or train the body to use ketones to keep insulin levels low.

So as we start the new year, let me be so bold as to declare my feelings about how some people feel about their bodies: feel sad, mad, glad and scared. Those are action emotions, feelings you can take to the gym, to the food store, or to a restaurant because you can act on them to manage what your body wants, needs, and will most benefit from. Now go enjoy the rest of the year and feel glad you read this fluffy opinion piece.

No one study stands alone at the pinnacle of scientific findings until many others corroborate it. Thus, the synopses below do not imply certainty, merely some findings that you might want to consider before spending too much time, money, or energy listening to some ‘expert’.

1.   A New England Journal of Medicine (Apr. 2022) reports on 139 patients with obesity who were randomized to a calorie-restricted or intermittent fasting program (IFP.)

Those on the IFP did not perform any better than those on a traditional lower-calorie diet so far as reduced body weight, body fat, or metabolic risk factor.

2.   An August 2022 report in Neurology found that blood type might increase your risk of early onset (before age 60) ischemic stroke (EOS.) Type O seems to be protective against EOS while type A has a much stronger correlation to EOS but not late-onset stroke. 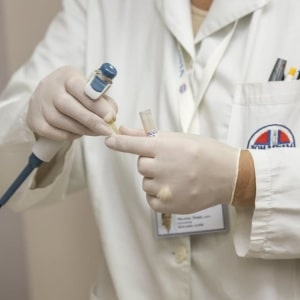 3. Middle-age and older people who sleep less than 5 hours/night seemingly have a higher risk of serious and chronic health conditions ranging from heart disease to cancer.

4. A phase 3 trial that was exploring the effect of multivitamins and cognition found, to the dismay of many, including the chocolate purveyors, that cocoa does not slow the rate of age-related cognitive decline but vitamins do. This came as a surprise to the researchers, too, as supplements have rarely lived up to their hype. (Alzheimer’s and Dementia, Sept. 2022)

So How Can You Create Healthy Habits This Year?

Every January 1 there’s an article in a major news outlet on how to get yourself in shape, eat better, live healthier, maybe even live longer, as if getting through another year isn’t enough. Many have some scientific references but few tell you how to actually implement the behavior changes one might need in order to create a habit of them. This one in the WaPo might help, though.

Studies have found that changing health-related behaviors need to be ‘fast, convenient, and easy’ in order to be doable. A Western-cultural ethos of hard work paying off – Ben Franklin’s “There are no gains without pains” and, more recently, Jane Fonda’s “No pain, no gain” – might actually create “friction” making it harder to succeed.

When studies create a low-friction model of behavior change, guess what? Behavior changes. Now look at your life and ask yourself where and how best you can de-friction it. It’s never too soon to start.