In 1986, when I, as a PH.D. candidate nearly completing my studies, was considering career options, a colleague of mine, who eventually became my biz partner in this personal training endeavor (only to be bought out several years later), suggested I get into the new field of applied exercise science – which it was not called – being done on the two coasts: personal fitness training. Sounded cool to me – dress as I want, give orders to unsuspecting fols who think I know more about the body because of my own physical accomplishments as an athlete and because of my education, get paid nicely, and call my hours no less. HA – was I wrong about the last item! I am at their beck and call, but that’s not what this rant is about.

Actually, it is a story of full circles. I went for my first knee surgery – a simple clean up – from a Dr. John Bruno, at the time Nashville’s first sports orthop of note being an athlete himself. John referred a middle age man to me who had systemic, but not rheumatoid ar 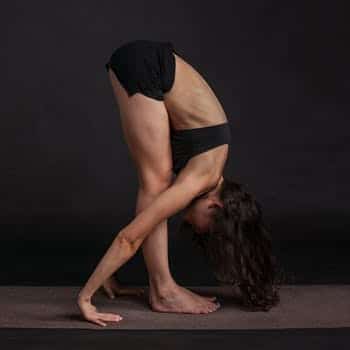 thritis, where several joints were impaired. This guy was totally unfit, needing to lose weight and get a little stronger, and maybe even alter his gait some. Of course, in retrospect I should have been sued for pretending to know anything but let bygones be bygones,right? Anyway, this guy’s rheumatologist did write and lecture on a unique phenomenon where he posited that being too flexible could cause arthritis. Whereas the common theme was the alternative, and definitely arthritis would cause hypomobility so any patients would present as tight, not loose, jointed; most docs and especially us normals would rarely have considered that being too flexible could be a source of arthritis. That’s not to say there were no diseases recognized as so able to lead to arthritis, but their pre-conditions were such that the common linkage in most minds was that being flexible was virtually protective against many joint disorders.

Wow, was I wrong, especially as my own body is concerned, but that’s another story.

Yesterday a former client who’d come to see me about 7 yrs ago called. She has new issues – osteoarthritis (OA) due to hyper mobility. This explained to her why the simple home tubing routine I always give to folks wanting travel or home exercise did not work; not only not work – it caused her pain. Her joints move too far beyond the healthy range. She now wants more supervised therapeutic ex, stuff she felt she did not get from an actual physical therapist. No offense to physical therapy, but the medical paradigm often does not permit appropriate levels of care for some folks. She was apparently one of them. What she wants is gentle strengthening, esp stabilizing muscles around major joints, and proprioceptive re-training to teach her how far to move any particular joint. She has low back issues, knee pain, etc so these are obvious targets as are the shoulders which, 7 yrs ago, were implicated in the training we had done with tubes. This is the kind of work I live for.

I read some on line stuff, plus an article her doc sent her, to get a better feel for the syndrome. Everything calls for everything we trainers are not apt to do – go real slow in making progress – and things we are not trained to do – watch for proper joint ranges/motions. Yes, we are supposed to keep spinal alignments, watch those knees during squats, etc etc, but the minute movements within – actually inside the joint – that’s harder to do. Don’t know that I can but this is why I love what I do: it will force me out of my comfort zone as a pro.

In fact, the diversity her condition represents is what makes this job so fulfilling.

Now, if only I can help her get what she needs and wants………