This past weekend I went to LA to teach for Ex ETC. It’s been quite some time since I’ve blogged here, and since I’ve taught. Much has happened these past few months, but mostly, other than getting my knee replaced on my birthday in December, I was rusty teaching and yet rolling on the river doing so. One of the courses I taught was on nutrient timing, and it lends itself to a blog report nicely as it is a fad of sorts for exercisers largely because some fitness pros and mags are promoting the concept vigorously. Yet, teaching it to fitness pros as we’ve been doing now for a couple of years is revealing. First, for how many myths there are due to the materials they read. Second, for how little they tend to read of the actual literature itself. Third, for how little they seem to understand about how scientific literature is disseminated. Fourth, for how suggestible they are for the authority of a magazine article and the references of ‘experts’ in them. So my gripe is mostly with fitness pros, esp those feeding the fires with half-truths – which obviously implies that i’m going to give you the whole truth and nothing but the truth, right? – and how much disinformation is unintentionally being distributed to the public at large.

First, let me define nutrient timing (NT). This refers to the role of food intake around the mode, intensity and duration of a workout. Simpler – what you eat and drink

before and after exercise sessions. NT really pertains to the small subgroup of those training for one of three goals: improved performance, weight/fat loss, or weight/muscle gain. For the most part, short of preventing ‘bonking’, or running out of the main fuel for activity, glucose (sugar), NT is for those who work out hard enough to require nutritional support beyond that of ordinary dietary habit. So we’re going to break this discussion down to the three groups of clients/exercisers and discuss NT from the perspectives of each group.

Athletes constitute the first group. This group can range from club or recreational jocks to hi level elite athletes like those in the Olympics or pro sports. It may also include those fitness fanatics who are trying to achieve a more perfect physique, not just body builders but even body toners. The crossover with the other two subtypes is obvious here but for simplicity we’ll keep to the more athletic types.

Athletes design or have some expert design fitness programs to enhance their ability to be better athletes. A cardio rx and a strength rx are created to achieve their goals. Any athlete worth his or her weight will be exercising/training at least 1 if not 5-8 hours a day. Yes, 8- EIGHT! a lot, you might ask but some cardio athletes do long, slow distance work often with strength work mixed in. Think michael phelps, the greatest swimmer ever. Before a lengthy cardio workout you need to ensure the cells have enough fuel, with carbs and fats being preferred. Studies show a little protein in a pre-workout meal prevents the workout and post-workout catabolism, or muscle breakdown, that results, so add some into that meal a couple hours beforehand. Drink plenty of fluids, too, so you don’t have to go to the bathroom during training. Avoid hi fiber foods, too, unless you’re so well regulated and regular that you know you’ll be empty before the session. Depending on the length of the workout, you may need a simple-carb snack in the middle, plus regular fluid breaks, to keep going at a reasonably hi intensity. If you’re having to do more than one training session a day, you will need to make preparations for a quick post workout snack consisting of, again, simple carbs and preferably liquid protein. The beverage of choice in a lot of football training centers is low fat chocolate milk. Many adults can’t handle the lactose so alternatives need to be found. Soy milk is better than almond milk – more protein, added calcium – but they may also need to fall back on supplemental products. Elite athletes, too, will need to supplement with protein powders and amino acids, 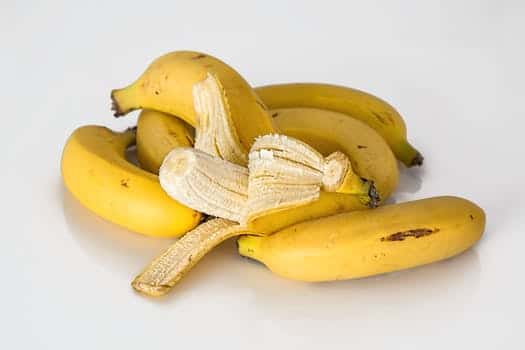 especially branched chain AA (BCAA). The latter is a processed protein already broken down so the body can quickly absorb it. Older adults, too, can benefit from this combo. a recent study on total knee replacement prospects had them consume 20 g of BCAA twice/day for two weeks before surgery and one week after. They found that the amount of quad atrophy was half that of the subjects who did not consume the supplements. Now, how far out this benefit would last is yet to be determined. Conceptually, tho, continued use during the rehab process may enhance muscle improvement. At least I hope so; I did it for a month before and after surgery….and I seem to be doing well. No MRI proof tho. In sum, those who train hard need NT in order to do so. If the athlete wants to lose body fat or weight, or gain muscle or weight, then overall caloric intake has to be monitored. The training diet must be enough to support not just the workouts themselves but also the recovery periods for subsequent sessions, be they same or next day. Optimal training would totally replace the calories burned but that’s hard to calculate outside a lab-based environment. Suffice it to say, if you feel hungry later in the day after a workout, you probably did not eat enough within the first couple of hours afterward to compensate well. Go ahead, eat more. Those post workout meals should be a nice combo of fats, proteins and carbs. Preferably healthy versions but, as I argued in class, this, too, is not necessary. It’s preferred but many a great athlete has succeeded well before there was ever organic, clean, non-GMO foods. Clean eating is for health. Calorie consumption is for fueling. Pick your goals wisely.

Next week we’ll address the second group – those trying to lose weight or fat.