There are some things in the fitness world that are accepted entirely on faith. To argue against them is to walk right into the path of someone’s whole way of seeing the world. Flexibility – whether it helps performance (not necessarily, and may hurt it), reduces risk of injury (maybe increases it), or helps you be stronger (maybe, maybe not) – is one of these on faith principles that has achieved near-idyllic status. only the studies over the past 15 yrs has altered its stature yet to hear all the new found love of pilates and yoga that is touted in the media and among fitness people, you’d think it’s the answer to everything. (Disclaimer: I stretch, a lot, and always have, esp when I did martial arts 7 d/wk. Stretching is useful for some sports, tae kwon do being one of them; but at the same time, overstretching, which is what I did, likely contributed to my bad knee and hips, and maybe even interfered with my ability to actually be more effective as a fighter. I looked great in forms, tho:))

Another is the paramount role the core has come to play in fitness circles. the classic 6-pack, those cuts in the anterior abdominal wall that signify leanness and well toned abdominal (not stomach) muscles, has come to 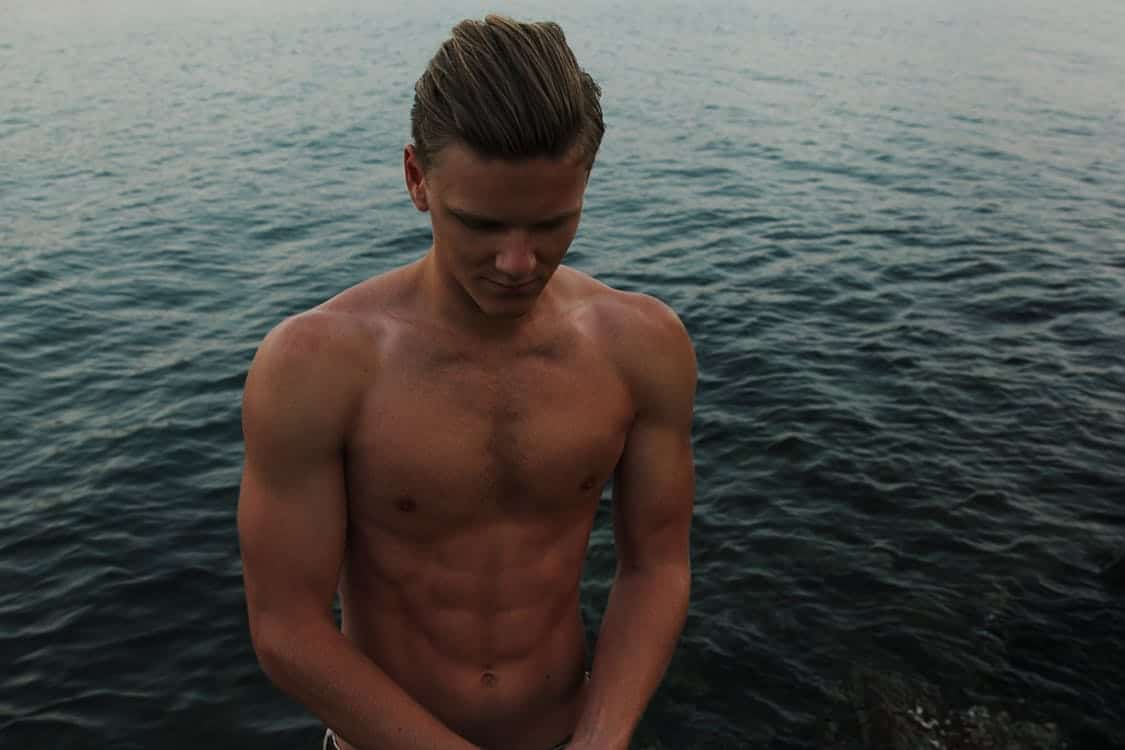 suggest that an individual, esp an athlete is somehow more effective, efficient, powerful, capable, and less prone to injuries, esp of the back. The thinking here may be, and I believe as this article suggests is, way off base. For one thing, the 6 pk is just one set of the musculature of the core which we now understand to be all the muscles around the waist plus the hips, and even the upper thighs. furthermore, despite all the talk about having a strong core, few have distinctively identified any one or even battery of tests that measure it.

In this article, there are references to Stuart McGill, of Canada, whose work in this arena is profoundly influential. He argues against sit ups and crunches as valid tests of or exercises for good core strength or function. He even suggests that these may be more dangerous than helpful, but he does suggest a safer way to do them – by placing one hand palm down in the small of your back and only raising up just enough to feel the abs contract. But for core, he recommends planks, front and side ones.

Mentioned too is an article in this month’s NSCA journal of strength and conditioning by schoenfeld which reads really well. He suggests, in opposition to McGill, that the crunch may be perfectly safe and may have value for some athletes and body “builders” – those seeking, if lean enough, to have a toned midsection. His review of the literature is well taken. His guidance at the end of the article is suitable for all levels of fitness participants.

However, as I’ve written before, all these are isolational exercises: they work one section or one side of the core without reference to how the core works. Let’s review this functionality.

The core transmits power/force from the lower body to the upper body. Studies show tennis serves and baseball throws come primarily from the navel down – anywhere from 55-60% of the power comes from the legs and hips. the waist is a conduit to the upper body. If not strong, and functional, it will dissipate force coming from below. Now, how does this force come up?

First, you rotate from the feet, twist thru the legs, and then into the hips. Before the spine actually rotates, usually the rear leg hip externally rotates to turn the trunk toward the target be it the opponent or batter or what not. In this manner, the spine is put into a twisted position – javelin throwers show this quite well – and then, like a spring, untwists to propel the upper trunk and shoulders into action. Thus, the core is really a twister, not a squarer. That is, it does not operate in one plane; it operates in all three, as twisting is a multiplanar movement. So, training it in twist is really more appropos. What exercise does that? The torso rotation with tube or cable resistance. Done properly, whether statically to develop core stability, or on an unstable surface such as on a stability ball or less-than-optimal stance, or in a firm and solid stance or position, such as sitting on a bench, straddling or normally (why? because polo players straddle a horse; race car drivers sit in chairs; and so do you….), the torso rotation exercise most approximates the way the spine has works. Let’s imagine…..

If you stand with feet shoulder or hips width apart, knees soft, and hands directly out in front of the sternum, you have effectively created a spoke (hands) and wheel (spine/core) system. now, if you have some force – manual from a partner or tubing or cable – that tries to twist your arms over to one side, and you resist, you are isometrically rotating to the opposite side. For

example, if a partner pushes the hands to your right, you rotate to the left using your right gluteals, left inner thigh/hip rotators, left erector spinae, left latissimus dorsi, right external oblique and left internal oblique – all the same muscles that actually turn you to the left to throw a ball or punch or serve. In other words, it makes your core work like your core works – in synchrony with all the muscles of the hips, thighs, and midsection. WOW!!!

The problem is how to test core strength. I believe ohio state is testing with a self-designed mechanism at least function if not strength. So maybe someone will come up with a way to standardize the tests for core strength. in the meantime, I use a tubing pull – where I pull the tube while the client faces the mirror and watch for when the core starts to give out. Not truly accurate – more qualitative than quantitative – but it allows me to see if someone needs to be trained more to one side than the other. It also allows me to test the muscles of the hips and low back because the client can often identify where the weakness lies.

To conclude, this article is provocative because it touches the sensitivities of many in the fitness world. Read it closely and think about it. Think about what I’ve said here. I believe you’ll find what I’ve found – sit ups and crunches are just for fun and tone but not function or strength of the core.