What Makes Old Folks So Tight: Muscle-Tendon or Nerves

We all lose flexibility as we age and we all need it every bit as much as we age. We have addressed some of these issues here, here, here and here. There are basically 4 sources of restrictions on range of motion (ROM): compliant soft tissue such as muscles and tendons; bony architecture; fascia, the non-contractile tissue that wraps around our muscles and cells; and the neuromuscular system. Since our joint structures are basically pre-determined, the rest of our ROM comes from the ability of muscles and tendons to stretch which comes from the nervous system’s willingness to allow it. This is called ‘stretch tolerance’. 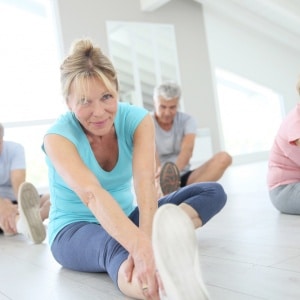 A study from Japan aimed to determine if the age differences in ankle ROM were due to the stiffness of the calf muscles, deep muscle fascia or the sciatic nerve. They compared ankle dorsiflexion (pulling toes toward shin) in 20 young and 20 old (72+/-5) people using ultrasound shear wave elastography, a novel procedure for these purposes, and electromyography which allowed them to assess the role of muscle contractions and therefore stiffness. Their hypothesis was that young people would be impaired by muscle while older ones would be impaired by nerve and fascia.

The results partially support their hypotheses. They found “the influence of muscle stiffness on passive ROM diminishes with age” and that older people’s stiffness of the sciatic nerve and their stretch tolerance are their limiting factors. In fact, with age comes reduced stiffness – not a good sign, but consistent with other studies. Also, fascial tightening might be a bigger factor for older people than for younger.

Finally, “sensitivity to tension applied to the sciatic nerve might increase with age”, meaning stretch tolerance will decrease when a passive stretch is imposed on the joint. So stretch slowly and regularly.  And don’t discount resistance training’s benefits on ROM; studies support this, as does experience.

Adaptive Dynamic Balance: A Challenge of Time and Motion

With each step, we have the constant challenge of managing being on one leg for a brief moment without falling. As we age, we see a decline in balance due to changes in the sensorimotor system led by our proprioceptors embedded in muscles and tendons. Constant readjustments of our position in space requires a nervous system that is intact and a muscle system able to make them in time. And one way researchers are testing this is by having subjects walk on a split-treadmill system, essentially 2 belts, and adding what these French investigators call “attractive perturbation(s)” to gait. They wanted to see how people of different ages adapted their margin of stability (MOS) during unperturbed fixed-speed walking, perturbed split-belt walking (where speed of one belt was altered.) 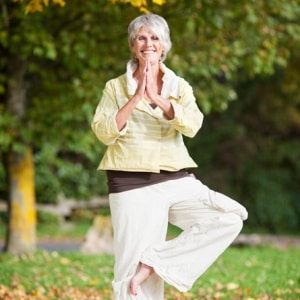 Subjects were divided into decade groups, from 20s to 70s. The “initial perturbation” occurred during the first 5 steps when walking from 0.7 meters/second on the two belts was switched to one belt ramping up to 1.4 m/s; early change was measured during the 6-30 steps after the speeds were changed.

As might be expected, the older groups decreased their step lengths of both the slow and the fast leg while increasing step cadence, especially during the initial perturbation and early change, as their side-to-side wobble increased.

These MOS adjustments are typical means by which we manage any gait disturbance more so as we age: we take shorter, quicker steps which reduces our base of support…which could lend itself toward falling. Which is why a targeted strength training program might be every bit as useful as a flexibility program, and more.

President GHW Bush hated broccoli but you shouldn’t. A July 2020 British Journal of Nutrition study found eating broccoli, cauliflower, cabbage and brussels sprouts (cruciferous veggies) is correlated with less aortic calcification, a contributing factor to heart attacks and strokes. Just a 1/4 cup a day might keep the cardiologist away.

Blood flow restricted (BFR) exercise, or kaatsu as it was originally introduced to the resistance training world (and which I pioneered here over 15 years ago for those with knee arthritis, I might add) is a proven mechanism to improve strength without placing too much load on a joint. The research is expanding in this area. A recent study reports that performing single-joint exercises like knee extensions with BFR during the lifting (concentric) and the descending (eccentric) phases yielded a “significant increase in metabolic stress and muscle excitation” which is necessary for strength gains compared to doing them without BFR. However, BFR + concentric contractions yielded greater stimuli than BFR + eccentric contractions.                                             JSCR Oct. 2020