Specificity: Neuromuscular Adaptions Depend on How You Train

There are two main principles to fitness training that determine your outcomes: overload and specificity. Overload refers to making the body do more than it’s accustomed to doing, be it lifting, running, stretching or what not. Specificity refers to the outcomes you can expect based on the inputs you provide. That is, if you lift a lot of weight a few times, you will get stronger and bigger (given your ability to grow big muscles) but won’t improve your endurance. The opposite is also true: lift light weights a lot of times and you will get somewhat stronger, and have more muscle endurance but won’t get bigger muscles.

But cardiovascular training, presumably, works the same muscle groups similarly: the heart has to beat harder, faster and longer, so it gets stronger and more durable regardless of the type of training.

The benefits to the muscles that work to make the heart stronger (and healthier) vary according to the muscles used – such as upper body for swimmers, legs for runners – but also in how they adapt neurologically. That is, if you do endurance work (END) vs high-intensity interval training (HIIT), which is usually done with a combination of sprints mixed with recovery bouts of continued movement, will muscles adapt differently? Read more here, here, and here.

A recent study reported in Medicine & Science in Sports & Exercise did a creative look into this issue by studying two groups – an END and HIIT group – that performed 6 training sessions over 14 days. It found, using novel electromyography techniques, that the quadriceps muscles indeed make rapid changes in the way that they function even after such a brief intervention. 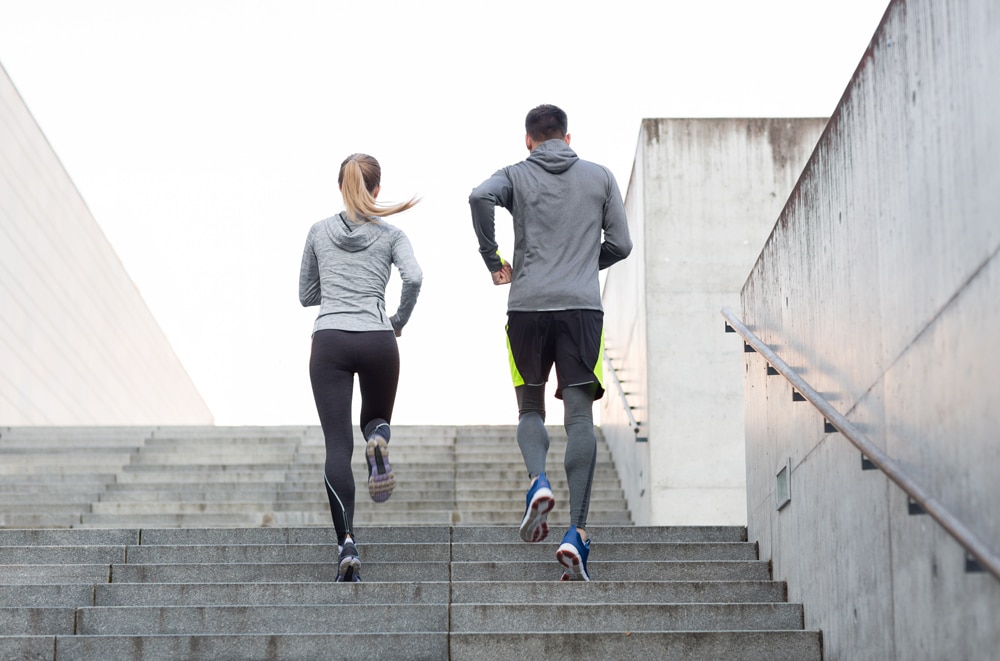 Both groups had similar cardiovascular improvements although the HIIT group exceeded the END by quite a bit; this is not unusual based on other studies that have made similar comparisons. But the quads of the HIIT group saw a significant improvement in their ability to produce a forceful contraction in a brief amount of time, i.e. to produce more power, vs the END quads. The END quads took 17% longer to achieve 50% of maximal contractions meaning they had already adapted to producing lesser amounts of force that could do so for longer periods of time.

Proving, once again, that the outcomes of exercise depend on the inputs.

Cardio Fitness and the Male Libido

But if anything is going to make a man less interested in engaging in a regular exercise program to get fit, it’s this: “Exposure to higher levels of chronic intense and greater durations of endurance training on a regular basis is significantly associated with a decreased libido score in men.”

Yes, you read that right: A study out of Chapel Hill, NC found that healthy men who exercised at high intensities and for long durations – marathoners or distance cyclists – had reduced sexual drives.

However, those men who exercised at low or moderate intensities tended to have high or normal levels of libido. Likewise, those who trained at very high intensities but for brief durations, such as those who do interval training or shorter-duration, higher intensity workouts of any sort, also had normal or high sexual drives.

This cross-section study used an on-line survey to determine the level of libido in 1077 male athletes and to correlate their fitness training parameters – intensity and duration – with their libidos.

While no measures of hormone status or other confounders like performance-enhancing drugs/supplements, existing psychological disorders (like depression) or diet were assessed, the survey depended on the athletes’ honesty in declaring that they were ‘healthy’.

Nonetheless, there is plenty of evidence showing that intense training does sap one’s physical as well as mental energies, potentially reducing sex drive. And despite finding that the younger athletes indeed had greater libidos than the older ones, the authors stuck with their conclusion that training factors have more impact than age alone.

In conclusion, guys, if you’re thinking too much about training and not about sex, you may need to slow down. If your wives are hiding your running shoes, you’d better slow down. 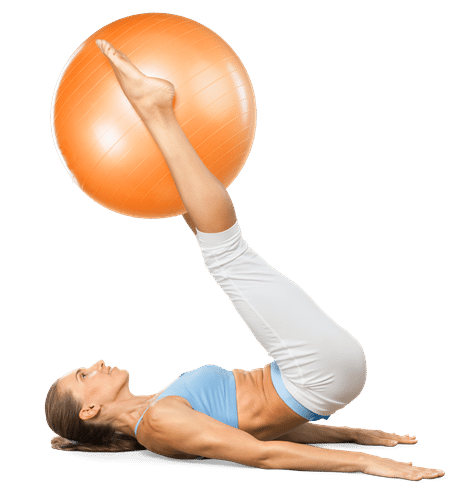 The reverse crunch, with or without a ball or medicine ball between the feet, changes two features of the traditional crunch.

Second, the traditional crunch attempts to diminish the role of the hip flexors usually by flexing the hips, with the knees bent and feet on or off the floor, but, as the reps mount up can still ‘call on’ the hip flexors to assist in generating the trunk flexion desired. The reverse crunch, on the other hand, stabilizes the upper torso and with the feet off the floor – either knees bent or straight as in this picture – essentially shortens the hip flexors so much that they cannot assist, putting all the effort on the 5 ab muscles.

To properly perform this exercise, one must avoid using the arms as counter-levers to help raise the pelvis off the floor; they are for stabilizing the body so all the movement of the trunk is in one plane only. Second, the pelvic tilt is subtle, that is, the rear end leaves the floor but not too high. If it goes off the floor too much, it’s possible either momentum from the hip flexors by swinging the legs toward the head, or pressure from the arms, or even forceful extension of the legs contributed. Finally, proper control mandates a brief hold at the top of the movement and a slow descent.

Then, you will feel the burn.

From Tufts Health & Nutrition Letter, May 2017

2. Place salmon pieces on plate. Rub remaining parsley mixture over fish. Cover and marinate in the refrigerator at least 20 minutes or up to 1 hour. Discard any used marinade.

4. Transfer fish to prepared baking sheet. Bake until fish flesh is opaque and begins to flake, 12 to 20 minutes, depending on thickness. To estimate cooking time, use the Canadian rule of 10 minutes per inch of thickness. Serve with lemon wedges and reserved sauce.

Aging muscle loses strength and power especially after age 50. A study found that muscle quality decreases such that rapid force production (within the first 200 ms) decreases in older men compared to younger men. Despite similar muscle architectural features and size, the increased fatty infiltration of aged muscle probably contributes to its diminished function.                                                                MSSE 07/17
An Australian 12 year study followed the trajectory of TV watching among 1938 middle-aged  adults to see how changing patterns affected physical function. Categorized into 6 groupings, those of low- to low-increasing and, ironically, high trajectories had better leg strength. Timed Get Up-Go test results did not correspond to category. It’s thought that the high TV watchers were overweight which, alone, contributes to greater leg strength. Otherwise, it’s not good for you.  MSSE 07/17
Breast cancer survivors are often susceptible to decreased muscle mass and strength as well as increased body fat as a result of their course of treatment. A multi-center study attempted to improve body composition among survivors with 12 week, 2/wk training program supplemented with 2 daily doses of 20 g of protein. The program was well tolerated, improved strength, body composition and inflammatory markers. However, due to self-reduced calorie intakes during this program, they did not increase protein as much as hoped but did have greater intakes compared to the controls. Nonetheless, the supplemented protein did not seem to contribute to their improvements over the controls. The resistance training worked for both groups.         MSSE 07/17