Since Tabata and friends introduced the exercise modality everyone now calls Tabatas back in the late 90s, the fitness world has acted as if a brand new world has been revealed. And, to their credit, Tabata et al. did introduce a brand new concept to one element of the strength and conditioning world that few who’ve not read the study even know. But more on that in a moment.

Tabata introduced the idea of high intensity interval training (HIIT) with a two features that had not been mainstreamed at that time.

Athletes have always done sprints. The general thinking on those was that some jocks needed long, slow distance training (LSD – yes, you read that right) if they were training for long races or events that took a long time. Long was anything pretty much over 3-4 minutes although the training was usually in the 30-90 minute ranges. Think joggers or cyclists on the road.

They do ‘aerobics’, where they can inhale and distribute enough oxygen to fuel the needs of the muscles without producing excess amounts of lactic acid to make your effort miserable.

Other jocks, however, had to be very fast,

producing a lot of power over a short amount of time and distance. Think 100 meter sprints or 50 meter swims. These events range from 9.5 seconds to less than 90 seconds. This range happens so fast you can’t get in enough oxygen and have to rely mostly on stored ATP-PC within the muscle cell itself.

After about 30 seconds, you keep huffing and puffing to get rid of some of the lactic acid, which is acidic, by blowing off CO2, which buffers the blood’s acidity.

There is a mid-range of distance and time, assuming the goal being one of speed, that required training both LSD and short sprints. This is the 30-120 second range typically referred to as the lactic acid phase. That is, it’s the duration and distance during which your body is unable to produce enough oxygen to fuel the needs of the muscles, and lactic acid builds up faster than it gets used.

But it’s not nearly as miserable as the short bursts above and yet is more uncomfortable than the aerobic training up a few paragraphs.

Now why is this simplistic review of exercise science so important? Because, until Tabata, sprints were one mode of interval training, where you sprinted, then walked slowly until the whistle blew again. Both the lactic acid and aerobic systems used intervals, too; the latter had fartleks, short bursts of relatively intense runs that generally were not organized in any particular way.

The one feature that all of these intervals had was a longer rest period after the work period, long enough to get a modicum of recovery before having to resume the hard work. Tabata flipped the deal.

Their study had cyclists pedal, after a warm up, for 20 seconds all out, and then slow down for only 10 seconds!!!! Subjects puked. This model introduced HIIT. For those who’ve ever tried it, at the pace used by Tabata et al. – of 170% of your max!!!! – you know it’s not HIIT; it’s SUPER HIT, or SHIT for short.

So phase one of my explanation on the value and benefits of HIIT is that it requires intensive whole-body movements beyond the capabilities, emotionally and physically, of most healthy let alone unhealthy people.

Without going into details, let it be said that, from the standpoint of physiological benefits, both are viable modalities, and both reduce the actual amount of time spent doing exercise that helps the heart. From the standpoint of viability – time, energy, motivation, and behavior change – they are tough sells.

Athletes usually do these under the watchful eyes of coaches. N 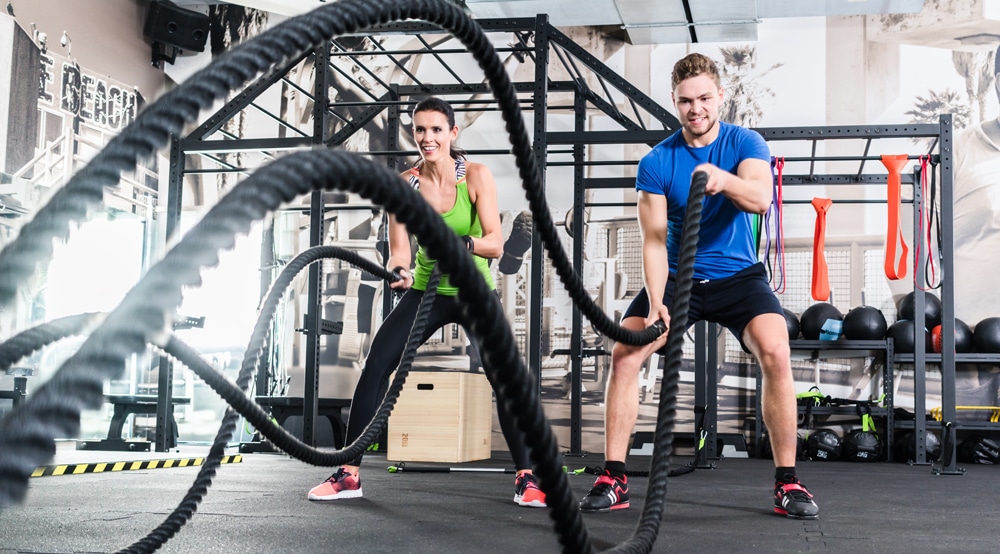 on-athletes, especially obese or musculoskeletally-challenged (think arthritis), are less apt to strain themselves to the degree that each type of training requires. For the diseased – heart, kidney, neuromuscular, metabolic, etc – there are several reasons this type of training could be least likely chosen. For one, the fear of creating a medical problem or emergency would be enough to keep folks from doing this on their own, so supervision would be highly recommended.

HIIT or sprints are nice add-ons to an existing exercise routine but should be entered into cautiously, and preferably with supervision by a certified trainer or therapist, by those with special needs and issues. I do them with some clients, on days when they feel up to it, and only when they are willing to push it. But these are few and far between.

For the most part, my take on high intensity training is this: Go for it…unless you won’t. That means, it’s a time-efficient model of exercise that yields many benefits but it does challenge the body and the mind. So don’t feel bad if you won’t….so long as you’re at least doing something regularly to yield similar benefits.