The fitness field is replete with pseudo-science especially regarding diet, dieting and diets. While personal trainers may have some ‘expertise’ in nutrition based largely on what they learned in their certification prep courses or at professional conferences, they also have some serious biases often based on what’s worked for them. These could be appropriate for some clients to live by but most likely the dietary advice one receives from a nominally-educated personal trainer is subjective with sprinkles of objective factoids over top.

For example, many clients come to trainers with comments such as, “I want a body like yours”, or worse, “I want to look like you.” My standard response is, “Grow a large nose and lose your hair”, to which I get a chuckle and probably a little regret for bringing it up.

For, at 66 years old, 5’7″ and 151#, at 10-12% body fat, many would like to be so lean so long. But my genes are favorable in these directions and I’ve been physically active since I was 11, both in and out of the gym. In other words, being lean like me, or that trainer whose body you admire, is a function of non-modifiable and modifiable factors that you might not have access to.

Until now. For once you have ‘real’ information based on ‘real’ scientific facts based on an extremely well-controlled diet study, you can make the choice to modify those factors you have control over and optimize the non-modifiable body you were given in utero for health and appearance. 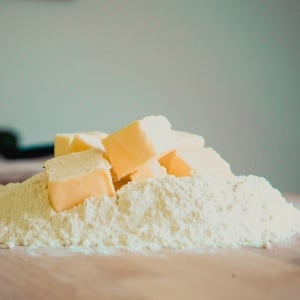 You see, in mass media, in weight management and diet books, and among most trainers, someone is trying to sell something: eyeballs, books or time. Here on this blog you’re using your time and your eyeballs to digest not only my opinions but the facts upon which they are based. I know how I eat, and I know how others say to eat, but after reading this article, you’ll learn how to eat that won’t cost you a dime….to learn how to eat.

Before I go into the meat of the blog, let me add almost as a disclaimer that I am not a proponent of ‘clean eating’, at least not to the extremes. Having co-founded and served with a local eating disorders organization – Renewed Support – I have developed an awareness of how strict diets of any sort can overtake one’s psyche and one’s life.

As this article on orthorexia demonstrates, many, especially in the fitness world, go to the opposite extremes of unhealthy eating to the point of being…unhealthy. Having said this, let’s look at the crux of the study showing how processed foods compared to unprocessed foods…but not to the extreme.

This National Institute of Diabetes and Digestive and Kidney Diseases study stands out for two reasons: though only 20 subjects, they actually lived in a metabolic chamber for 28 days; and they ate unprocessed foods, matched for calories and nutrients, for two weeks and then processed foods for two weeks.

To give you perspective here, the subjects actually lived in the lab during the study, in a chamber that allowed them to eat, sleep, exercise or rest while calculating energy expenditure, for a month. Five men and five women spent the first two weeks eating ‘healthy’ food while the other five men and five women at processed foods. After two weeks, they switched diets. This allowed researchers to gage how much food they ate in each diet, what nutrients they ate, how fast they ate and even how much energy they expended.

Thus, any changes in body weight or composition were clearly related to what and how they ate, especially since energy expended in the chamber was similar between diets.

One variable they were looking at was protein, to see if people tried to meet a certain range of protein intake regardless of dietary source. It turns out they did, but the folks eating processed foods had to eat more food to get in their protein needs.

In sum, they had to eat more than 500 calories EXTRA per day to meet those needs. Thats 5-0-0 calories extra per day!

Furthermore, they ate their food faster which did not allow their stomachs or their brains to register fullness. This, it was suspected, was due to the low fiber content of the junkier diet. 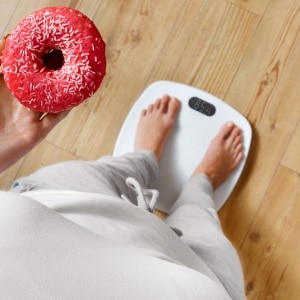 Also, two hunger and appetite hormones acted in reverse manner depending on the diet phase of the program. When eating real food, the gut hormone ghrelin  decreased telling the body it was no longer hungry while the appetite-suppressing hormone, PPY, increased telling the body it was sated. Again, the fiber and higher-quality protein content of the unprocessed foods probably factored in on these responses.

So why am I so high on this study and so critical of my peers for promoting less-than-sound dietary practices? It’s because most everything we know about foods and diets and weight management is uncontrolled in the sense that we study people who are free-living. They can always cheat on or simply stop complying with a diet or an exercise regimen and all the researchers can do is estimate intake, output and why changes did or did not occur. And when things are better controlled, they tend to be animal studies, in cages.

These human subjects were essentially in cages, fed specific diets with the freedom to eat as much as they liked, and could be observed doing so. That makes this a landmark – and expensive – study that rings on true bell quite clearly: processed foods are more likely to put pounds on your body.

In reality, though, that is, in the real world, avoiding or minimizing consumption of processed foods is a challenge. However, there are ways to regulate intake that studies show do work. One of the best is by journaling – that is, recording what you eat, how much of it, how it was prepared or packaged, what time of day you ate it and even how you feel/felt prior to and during the dining.

Again, journaling does not regulate your intake; it keeps a record of it – if you do so honestly – so that you can learn your triggers and begin the self-regulation some people need to make health gains and weight changes.

In conclusion, we all know and preach that processed foods are not necessarily good for you and often contribute to weight gain, but now we can prove it no matter what the manufacturer says. Bias be damned.