Wow, this changes the discussion: 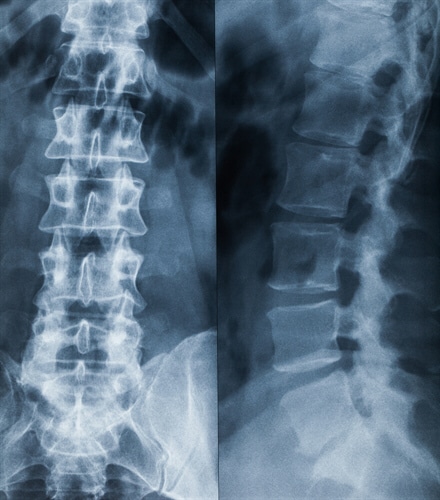 Yes, whole body vibration (WBV) has been in the states now for over a decade, a technology popularized by Powerplate but not proven by US standards as having utility until the research community started checking it out. (If you’d like a compilation of research abstracts and some articles on it, email me – I have plenty: irvrube@gmail.com. most research has shown it valuable for bone density issues; some have shown value for strength and power; few have shown benefits for balance; and none have demonstrated body composition/fat loss benefits. Until this one. it’s complicated – and not directly implicating fat loss via WBV. but it does suggest that biochemically via bone marrow and stem cells, that maybe multiple bouts of impact exercise, whether jogging or vibrating…or lifting wts, may be better for bone building than a single session of either. Regardless, it’s strong new data and well worth considering for those of you who have or work with people who have osteopenia or osteoporosis.

On another note, the US gov has come out with the simplified message – eat less – as a way of battling obesity. Some of my EDCT (eating disorders coalition of TN) colleagues got in a wad when I posted the NY Times article about this and threw my hat in support of an organizational shout out for the effort to help americans shed extra pounds. Mind you, one of the reasons i’m involved with the EDCT is for that reason: as an organization that suggests it is offering help, hope, and support to those with eating disorders, it has primarily aimed at anorexia and bulimia, the two most dangerous mental health diseases and the hardest to deal with. I have brought some sensitivity to the issue of overweight-ness/obesity (OO) despite it not being always a case of mental health, or eating disorder. despite the DSM-IV not categorizing it as such, one would be hard pressed to say it’s not a health issue and that it does not carry with it some very severe mental health concerns not the least of which is body image issues. Why else are so many trying to lose weight?

Granted, we should be aware that some will take the message too far, but most won’t even hear it. After all, TV and other marketing venues try to make you eat more, and more crap. just by watching it, you are helping to make yourself less fit and more fat. It is in my opinion a public health concern of the utmost importance, and, as an organization dedicated to helping people deal with body image issues, food issues, and mental health issues. I feel we need to get out in front of the message and buffer its negative effects while supporting its positive ones. My colleagues seem too sensitive to the the latter while overly driven by the former to act.

Where do you stand?