Let me state from the get-go that I am not a biochemistry guru or even a registered dietician, so any comments below regarding the safety of artificial sweeteners (AS) such as saccharin, aspartame, sucralose or their ilk comes from an angle few in my profession are willing to take. Based on a hearty defense of AS in a Washington Post article in late June 2019, my input may not defuse the anger of purists but may give hope to those who use them.

As a disclaimer, I use verrrrry little AS in my coffee. When I say very little, I use a packet over a 5 day period, if that. So my risk is nearly nil.

I have blogged here, here and here on the hazards of sugar and high fructose corn syrup but it may be time to discuss the options many take in avoiding these known caloric sweeteners.

Too, my dad, being a junk food salesman before it was called junk food – in the 1950s and through to his retirement in the 1990s – would bring home Tab, a diet drink that took the world by storm. This drink, with saccharin, was every woman’s answer to enjoying a calorie-free soda; men wouldn’t drink this stuff in public then, only the ‘real’ thing. It was sometime in my middle school years that the FDA banned saccharin, much to the chagrin of my mom. At that time, studies on lab rats found it caused an increased risk of cancer. For my mom and her friends, that might have been a worthy fear…at that time, but not for most casual consumers of AS. 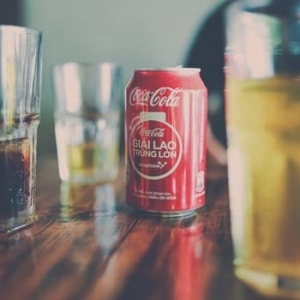 Anyway, now that I’m in the fitness and wellness field, and so many people, men included, have weight issues beyond weight itself – hypertension, diabetes, metabolic syndrome, osteoarthritis, screwed-up microbiome, etc. – AS still holds out hope.

But advances in food technology that have created ‘natural’ sweeteners that are not sugar and honey, some of which don’t cause a concomitant rise in insulin, have expanded dieters’ options. And that there are many more beverage options that are sweet other than sodas some of which might otherwise qualify as ‘healthy’ also provides dieters with options my mom didn’t have.

So what’s the fuss, anyway?

As the article, and its author, who takes an approach to the issue similar to mine, suggests, the demonization of AS may be overstated. Besides the enormous amounts one would have to consume to equal what a lab animal consumes to develop signs of overconsumption; besides the paucity of research that shows the brain-sweetener effects; besides the effects on our gut microbiomes, AS probably doesn’t have the power to be so demonized.

I would like to add one more fitness-related reason some consumption of AS is not all that detrimental: people are going to consume a sweetened beverage some of the time, so why shouldn’t they consume one that doesn’t have the full package of calories, calories that are carbohydrates, particularly sugars or corn syrup?

In other words, we know for a fact that obesity, even overweight-ness, is dangerous to our healthy. The list of risks and dangers goes on longer than I wish to cover in this blog. That we don’t really know the impact of AS on health, and even on how people actually eat while drinking a AS beverage, in my view, minimizes any fears I as a professional have for those who consume.

Now, is there such a thing as too much? Perhaps. We don’t know what that amount is, but the line is crossed once someone says he/she has a sweet tooth. Why? Because AS simply reinforce this, getting in the way of breaking a dangerous habit. Furthermore, it may actually reinforce the search for sweet foods by stimulating the AS-addled brain to seek the full caloric impact of sugar-sweetened foods.

When trying to effect habit change, weaning off of AS-sweetened drinks may be necessary.

(From my own experience as one who used a full packet in my coffee in my 20s, weaning isn’t that hard. Coffee actually tastes good if it’s good coffee. I use it around the gym because the woman who makes it hasn’t gotten the ratios down pat yet.)

So what’s the bottom line for me? A little AS is ok if (1) it helps you stay hydrated, (2) helps you control caloric intake, and (3) helps you feel like you’re able to watch calories without totally abstaining from things which make life somewhat joyful.