This morning I got an email from a former colleague/trainer from Belmont University’s physical therapy department, Emily. She finished her degree a year or more ago and is living in Virginia I think. She wanted some info on core training for athletes – h.s. jocks – to whom she’s giving a presentation.

Now, this is how things work: you go to school, learn a lot, focus in one or two areas, go out and practice what you learn, focus in one or two areas….and next thing you know, you lost whatever it is you once knew. So, as a trainer she learned, from me and the relevant literature, what and how to train the core. As a therapist, she learned again some of the same but less expansive material since p.t. is treating unhealthy folks just enough to get them out of the clinic. What to do from there – distinguishes trainers from therapists, but my grip is for both.

In reviewing literature to send her, on line, I went to the NSCA’s site and got one from Stuart McGill – a prominent researcher in the area of core function, and another from someone who though he was. I say this because McGill emphasized the ludicrousness – if there is such a word- of the navel drawing in maneuver whereas the other guy made a special emphasis on doing so before doing any core work.

Now I’m a fan of the navel drawing in maneuver – you know, pull the belly button into the floor. It was developed as a way to retrain the transverse abdominus – the innermost abdominal muscle that does not in any way move the torso but does stabilize it at its weakest level. I say this not to demean its value. but it really only does its job as a stabilizer when the spine/vertebrae themselves are out of alignment – when you have a spondylolisthesis, slippage of one vertebra over the one below it. What stabilizes the spine when you have to move beyond static stability of the vertebrae? That is where trainers lose sight of the forest thru the trees.

Without going too far and deep, let me share my thoughts on this. name 3 professions where you have to lie on your back and raise your upper torso toward the sky/ceiling?……time’s up. How about: Michaelangelo painting the sistine chapel; a coal miner; and a hooker – ok, she doesn’t have to raise her upper body up but she has to do a pelvic tuck….several times a day.

For the most part, we operate vertically, and generally in a rotational, not back and 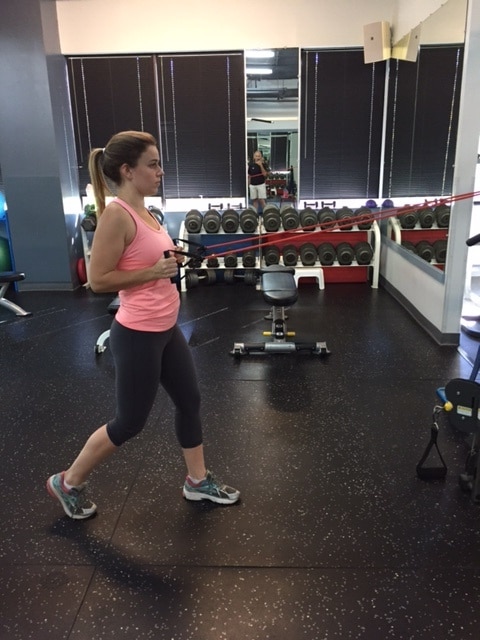 forth, manner. Therefore, let’s think about training the core both “in line” and in rotation. So, planks are starters – my bow to McGill – but then progress to upright versions of a plank – hmmm? Well, how about a tubing or cable chest press with two hands? You have to resist being bent into extension, just as a plank is resistance against the belly moving into the floor. You’re getting upper body work, too, and you’re vertical, pushing as tho: pushing a carriage,shopping cart, defensive linemen, etc. Likewise, a row of tubing or cable forces the lumbar extensors to stabilize against forward bending.

Then moving to one arm chest press and one arm row – now you have a rotational force to resist. change legs; different hip rotators actions at play now. Then add rotation; then add lunge and rotate while pressing or rowing.

In other words, build on core control with core stability to core endurance to core strength to core power (adding speed). Do so in positions that matter…unless you intend to paint the next sistine chapel, that is.