This just in from Exercise ETC’s FitBits, a monthly on line newsletter full of exercise facts.

It’s an article discussing gluteal exercises, especially the gluteus medius, the one on the outside of the hip, the one considered most dysfunctional in folks who develop or incur certain knee problems – ACLs, patellofemoral pain syndrome, etc.

So here are my comments: the study is sound, and results are what one might expect: standing on one leg, or doing a one leg squat, gets it more than two legged exercises. What’s interesting is the fact that standing on a foam pad – Airex pad – does not significantly alter the muscle actions around the joint.

Now, that may or may not be the case. What i know of EMGs is that they do not give direct feedback as to how hard a contraction is but that they can tell you when a contraction occurs. Depending on the way the data is filtered, there may actually be notable differences in the medius’s function but this was not part of the study’s intent; only the gross percentage difference of activation signals. So it is still possible that the foam pad may enhance activation of the medius…but even if not, are there other benefits of doing exercise on the pad?

This answer comes from another ACSM journal article late last year: proprioceptive training works at the ankle, maybe at the knee, but not so much at the hip.

Bummer- as most trainers are still touting the value of these exercises all the way to the lumbar spine.

Bottom line: maybe it do, maybe it don’t, but just because it’s a more challenging exercise does not mean it’s a more valuable one. A good personal trainer should be able to justify – with data/facts – why he’s doing the exercise. Maybe you can get results from doing exercise, but it may not be any specific exercise that does it, so don’t risk falling just because a trainer thinks it actually works to be off balance: 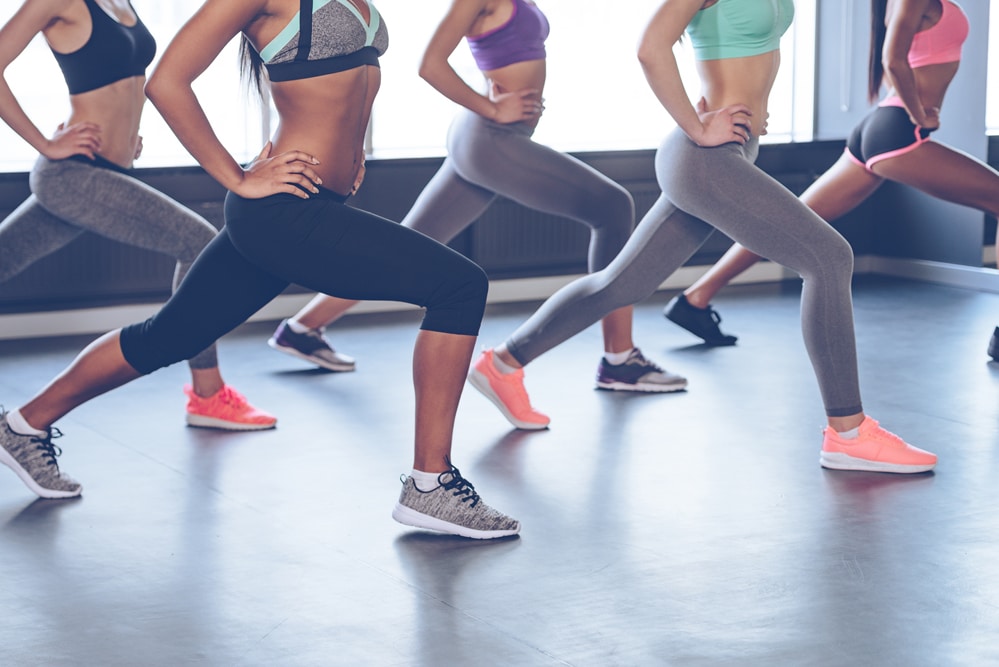 Fire Up Those Glutes

Over the past few years, industry leaders have emphasized preparatory activation of the gluteal muscles to enhance both injury prevention and training effects.Awareness was heightened as a result of research which determined poor gluteal recruitment subsequent to lower extremity injury, and from the teachings of the late Vladimir Janda who suggested the gluteus maximus is reciprocally inhibited by a tight psoas as is found in the anterior pelvic posture distortion.

Although this is not revolutionary information, it has yet to be integrated into the fitness culture on a broad scale as pieces of the puzzle are still coming together. For example, researchers have yet to determine the most effective movements and loading characteristics through which to optimize glute muscle recruitment.

The most recent study looked at the effectiveness of closed-chain exercise in recruiting gluteus medius (GM). Researchers from the Mayo Clinic measured EMG in the GM in five closed-chain weight-bearing exercises to determine which is most effective. The GM is both an abductor and adductor of the hip, giving it a primary role in stabilization when standing on one leg.

Twenty healthy young men and women with no history of lower extremity injury participated in the study. Researcher collected EMG readings from the GM during 5 activities:bilateral standing, single leg standing on a stable base and on an Airex pad, and a single leg squat both on stable footing and on the Airex pad. As expected there was greater GM activity when the individual moved from a bilateral to single leg stance.

However, the EMG recordings for both squatting and standing on the stable and unstable surfaces were similar. Although the authors reported a trend towards greater activation on the Airex pad it may not be appropriate to speculate that an unstable surface is any better than a properly loaded single leg squat to improve hip stability.

Regardless, this is the first study to report the GM EMG during dynamic functional movement patterns. Previous studies have determined isometric closed-chain activities to be more effective in activating GM when compared to open-chain exercises (i.e. side lying leg lifts, or standing hip abduction).

Based on this information, fitness professionals should include more single leg exercises if they wish to improve hip stability.