A provocative article in the New York Times back in December 2019 offers a layman’s perspective on pain that raises more questions than it answers. In brief, it posits the prevalent theory that the brain perceives some ‘sensation’ and then labels it ‘pain’ in some instances and some people but not in all. 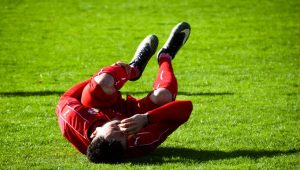 So let’s get to the heart of the matter: How do scientists induce pain whereby they can measure it?

There are 4 primary stimuli researchers can use to impose sensations that, at some increasing level, would lead to subjects labeling them ‘painful’. Prior to that touchpoint, the sensation might be labeled ‘warm’, ‘cold’, ‘tingling’ or ‘pressure’. And those are the 4 mechanisms most often used.

Clearly to actually produce real pain without real injury must be non-invasive and non-damaging, so alternatives are necessary for research, as the article aludes to.

So, for example, a heating device – a pad, a hand-held device or something that won’t actually cause a burn – can be calibrated gradually under many circumstances – while focusing on or being distracted from, or challenged with another source or location of pain – is an easy model to understand. Too, a gradually-increasing ice-filled bucket of water, a gradually-increasing vice or a gradually-increasing electric stimulus would make it possible for researchers to induce pain and determine what a person’s or group of people’s tolerance is.

Then, adding or subtracting other events or circumstances or stimuli can help them determine wherefrom the pain derives or goes.

The gist of the article suggests that, for the most part, pain is a cognitive function mediated by emotional context. A most interesting description of this comes from a construction worker’s accident where a nail came through the bottom of the shoe and stuck all the way out of the top of the shoe. The very thought of this hurts, but the sight of it would be harrowing. Yet, when taken to the ER and sedated – oh, imagine how frenetic the poor guy was! – and the shoe was removed, the doctors found the nail had gone between the toes and hadn’t even scraped the skin or drawn blood. How embarassing was that for this poor fellow?

This is a topic we’ve discussed elsewhere here, here and here. But it warrants further consideration. This is why I’m discussing pain in the context of fitness here, again.

There are some obvious reasons such as the large numbers of personal training clients who seek assistance with fitness in the face of chronic or even acute pain such as low back problems or a recently injured knee, respectively. Sometimes, obviously, you need to see a medical professional for any pain that’s persistent or results from a sudden mishap if swelling, redness or severe bleeding, inside the body as well as out of it.

What is a tweak? My best definition is a minor sprain or strain – usually referred to as a Level 1 in medical parlance – that results from mundane or heroic efforts. What’s mundane? Sleeping in the wrong position or picking up a piece of paper from the floor. (I actually had a 65 yr old male, who was built like a middle linebacker and had played as such in college, who ruptured a disc in the spine pulling a sheet of paper from a fax machine.) What’s heroic? Trying to get one more rep out of a set of bench presses.

Said tweak is not, in and of itself, a threat to function – except in the case of my client’s ruptured disc – but is a warning sign that you should be a little careful for a few days to allow whatever it is that tore to heal. There are some clients who will demand a week off while some, especially other trainers, will go at it, with some minor revisions, nearly immediately. Athletes, especially current or formerly-competitive ones, are often in the latter category of heroic early returners.

As you might imagine, the so-called weenies, who demand more time off from any activity than the tweak warrants, have low tolerance to pain, more likely associated with fear of further pain. These folks tend not to have a sense that any time off from training actually causes further deterioration of strength that may, in fact, predispose them to further tweaks if not injuries.

Heroes or dummies, depending on the severity and frequency of such macho reactions to pain, generally have or are willing to develop high tolerance to pain, neither fearing it nor even doubting its benefits.

Side note: Having 3 joint replacements, there’s a good chance I fit into the latter category of dummy athletes who continued beyond the integrity or healing rate of supportive structures at some point in my career, which was athletic and competitive. Having gotten older, though, you’d think I’d have learned to calm down and chill more. Someday I hope to get there…

Anyway, we all recognize heroes in our prime-time TV athletes, especially football players who rebound after a hard hit or with diagnosed joint problems and bracing. For millions of dollars, many of us would be willing to withstand more pain. But tweaks are sub-pain, and I wish to keep it there for now.

What we trainers can do for our clients, that we may not do for ourselves, is modulate workout sessions and phases to accommodate both weenies and heroes/dummies. For example, a tweaked shoulder is easy: avoid exercises for that arm, or reduce the weight, adjust the angles, etc. This would be valid for both sides of the pain-tolerance spectrum. By doing so, we avoid the pitfalls of total rest, we allow for active recovery, and we maintain overall fitness, even to the point of shifting focus for a short while, allowing healing while building other parts of the system.

When dealing with tweaks, we should fall back, retreat, withdraw but only enough to keep enabling our clients to heal and even improve. We should acknowledge that tweaks cause pain, preferably localized, and that there are ways to work with and aorund them without causing further damage. And we should do so without judgment let alone labels, for giving a client the power to overcome their fear and override their pain will give them the power to stay with their fitness routine and regimen.

And, in the long run, will make them tougher and even tough enough to someday be called heroes.