Today’s NYTimes ran an article about the value of some of what physical therapists do:

Treat Me, But No Tricks Please

Gina Kolata is a very astute and interesting writer but as all media writers do, they try to create a story even if it means biasing it. In this piece she suggests, with some support from a medical doc, that some of what PT does is “voodoo”, yet some works, some does not. She concludes by saying that you should ask questions as to why things work, and take note of progress to see if it is indeed working. well here’s my take:

PTs work within fairly defined parameters. They are given a script by a doc to do a certain modality for a specific problem based on their diagnosis. Good PTs are capable, sometimes, esp after working with a patient, of making a better diagnosis than the docs, and usually communicate such matters back to the doc to ensure continuity of care. They also have their own methods of treatment and some are based on shoddy research, much of it anecdotal or empirical but not on good research. The problem I see is that often things work and therefore get adopted as procedures. I know because we trainers do likewise. In fact, sometimes things work despite what we do and then we tend to take, or even get, credit when it’s not really worthy. 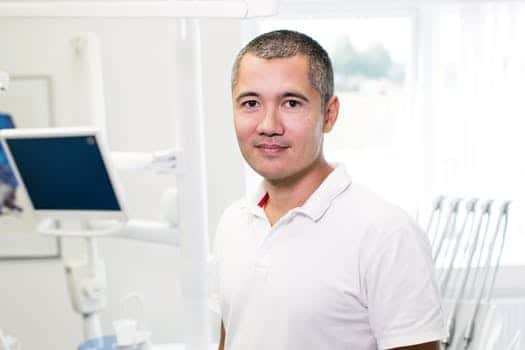 For example, many PTs are doing lots of proprioception work for all kinds of knee problems. Much of this comes from studies looking at ankle problems or acl repairs, and there is much to support proprioception work for these issues. As a recent analysis of proprioception therapy in the ACSM’s MSSE showed, it’s only good for these issue. In other words, it may not have merit for other knee problems, nor for hips or spines – at least not standing exercises for the latter two parts. So, is the PT people get that uses proprioception worth while or a waste of time? Maybe it actually does exactly that – waste’s time, time otherwise spent doing the same stuff that caused the problems in the first place, time necessary to allow healing to occur.

In theory, many protocols work. As the theory of enhanced vastus medialis activation by adding hip adduction to quad work has since been debunked – adduction does not boost vmo over vastus lateralis, but it does elevate both muscles’ activation overall. So, too, will many other theories in PT, but hat does not make them useless, so long as they are not harmful. After all, for years docs pushed NSAIDs on those who had aches and injuries yet they only helped some and injured others (gastric bleeds.)

We should not throw out the babies with the bath water, but do as Kolata suggests: ask questions and keep evaluating progress. If it’s not getting better, maybe, just maybe, it’s not the PT that’s wrong; it could be the doc’s diagnosis.