That little knee injury you suffered in PE or youth sports programs may impact your health by the time you graduate college. A Canadian study of adults who sustained an injury before they were 18 tried to summarize “various clinical, physiological, behavioral and functional health-related outcomes 3-10 years post-injury.” It also compared results based on gender.

All participants completed a series of questionnaires plus  a variety of tests such as BMI, body fat, aerobic capacity, hip and knee isometric strength, and dynamic balance. The survey tools dealt with knee pain and function; pain, mood, sleep and quality of life (QoL), and self-reported physical activity participation rates. There were 100 controls and 100 previously-injured subjects in the two groups.

Whereas most studies of this nature look at those who tore an anterior cruciate ligament, this one looked at any and all reported injuries. They found that those who had had a knee injury reported more knee symptoms, less QoL and function, weaker muscles, higher BMI and body fat, and worse dynamic balance. Females fared worse on body fat and knee strength.

This data suggested that the risk of arthritis increased the further out from the initial injury, along with some modifiable health-related changes that could impact future overall health.

The authors suggested that females in particular, but anyone who’d had a knee injury as a kid, could best modulate their risk of arthritis by managing their weight gain and keeping their quadriceps strong. This reflected not just on post-injury rehab but on life-long fitness and health maintenance behaviors.

Many factors contribute to a person’s weight over time, including inherited and socio-cultural elements. Weight loss programs – diets, diet+exercise, drugs – presume to effect each participant similarly but those who’ve tried them have had variable results. While many studies have found such variability from exercise programs designed to impact fitness, not many have looked at the effects of an exercise program on weight loss and body measurements.

A 24-week Canadian study sifted out 181 subjects from an original pool of 300 to determine and quantify individual variability in waist circumference and weight loss, to characterize the clinical utility of any one person’s changes and to identify some of the determinants of said variability. 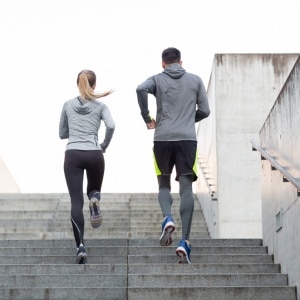 Only those in the HALI and HAHI exercise groups achieved clinically-meaningful weight loss and waist circumference changes, with HAHI achieving the best results.

Notably, women lost ~2.5 kg less than men in the HAHI group. Still the study could not determine “consistent predictors of individual response” to exercise weight loss programs. The authors said it would require nearly 4 times as many subjects to be able to identify such factors, a high bar to achieve in light of their own ability to capture just 60% of their original pool.

Beware our sedentary kids! A meta-analysis of 50 studies that included 25 million kids ages 9 -17 from all continents found that they take 90 seconds longer to run a mile than they did 30 years ago. Their legs and hearts are slower and weaker than their parents  but their fingers are much faster on mobile devices.  Urbanization and automation seem to be sapping “healthy growth and development”.     CBI Feb. 2019

A review of 40 clinical trials that included almost 22,000 subjects, average age 75, in JAMA Internal Medicine (Dec. 2018) found that regular exercise may help reduce your risk of falls and  the rate of fall-related injuries. For those who exercised at least one year, there was a 12% reduction in falls and a 26% reduction of injuries from falls, and a 16% reduction in fracture risk. But it requires 2-3 sessions for a total of 3 hrs/wk to be effective.        Focus on Healthy Aging Apr. 2019