This December marks the one year anniversary of my total knee replacement or arthroplasty (TKA). after a couple of decades of extreme wear and tear, and a couple more dealing with osteaoarthritis (OA), plus 3 arthroscopies to clean it out, the right knee had met father time…and lost. I was ok with that, and knew it was in my future. Being confident that I’m going to live a long time I had no qualms about getting it done at age 61 (actually, on my birthday – sure beats another sweater I won’t wear), knowing I’ll need at least one and maybe two more down the road. Furthermore, I’m a big proponent with friends and clients of getting these arthroplasties so as to enjoy life to its fullest even as we age…esp as we age. Therefore, allow me to share an essay on the rehab process that I’ve written, but yet been posted, for Medical Fitness Network (www.medicalfitnessnetwork.org), on this topic. As an aside, let me brag a bit, first. I now leg press 500# x 4 reps and before surgery I could not do 40# – it hurt too much. so, get your knee mojo on and read this first part. The second is forthcoming:

Recipient of a Total Hip and Total Knee Arthrosis

It all started over 40 years ago, when I chose as my sport – some would say, my life – the Korean martial art of Tae Kwon Do. I was young, fit, pretty strong and, unbeknownst to me, very flexible – perfect for the art of kicking high and hard. Once I got hooked on it, I was in the gym a few hours a day, 6-7 days a week…for the next almost 20 years.

That did not include the running I did to get my cardiovascular conditioning primed for the art and sport I was practicing at high levels of both skill and competition. I knew then, at age 19, that I was going to pay for the training and abuse I was putting my body through, but not until I was older, say, 40 or so.

In those days, joint replacements were very, very uncommon but it was not the joints I thought would take me down; I had this silly ‘premonition’ that I would die before they went bad enough to warrant that kind of repair.

Then, at the ripe age of 52, having a great workout with a client throwing medicine balls, standing on one leg at a time, catching with a hop and a twist, much to the reader’s consternation, nothing happened. No ACL tear, no low back twinge…nothing; nada; nil. I was fine and finished my day as a personal fitness trainer as usual. By then my 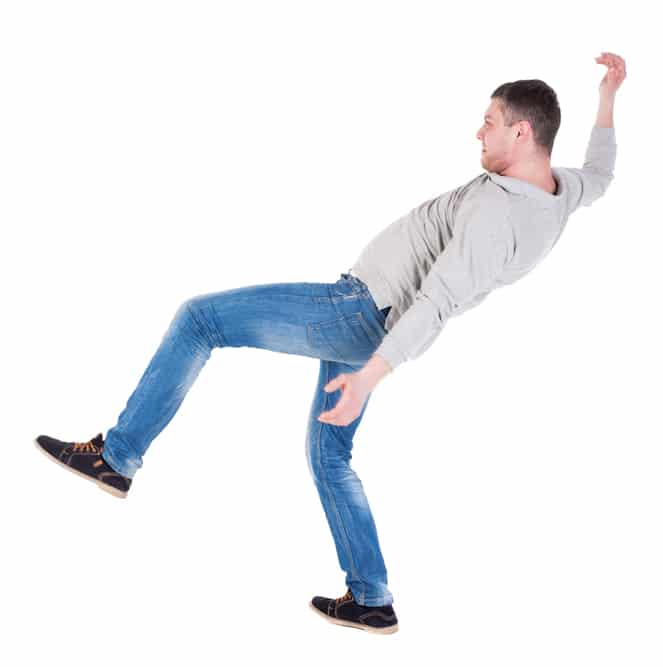 Tae Kwon Do career had shifted to that of an instructor largely because of two prior knee arthroscopies to clean out the mess that had accumulated from all those pivots and jumps and kicks.

I knew I had osteoarthritis (OA) of the knee and my orthopedic surgeon said I’d be getting a new knee within 5-10 years of the second surgery. I was now 5 years post-second surgery and was hurting but not too badly, just enough that running, jumping and kicking were forever in the past.

Still in good shape – when you own a gym, that’s pretty easy…and expected – I could do most everything else I wanted. In fact, that same night, after tossing the med ball on one leg, I descended into the basement to ride my recumbent cycle. Those first few strokes, however, noticeably affected the inner thigh, the groin, of the leg that had had the knee surgeries. I must’ve tweaked my hip flexor, I thought. Subsequent days, however, proved more painful than I would have expected. Finally a physical therapist who saw clients at my gym checked me out and suggested I see a doctor and get X-rays. So, back to my knee doc I went, and he showed me some pretty severe hip OA that I had but never noticed until it flared up. (Note to others, ex-athletes and current athletes: OA happens, like other unpleasant expletives, even if you have not yet felt it.)

After visiting with a hip doctor in hopes he could do an arthroscopic delay-tactic surgery, where I was told it would be a waste of time and money, I settled into the reality that someday I’d be getting a new hip. Eight years later, I finally got that new knee, too. And I feel and move great!