I’ve addressed this issue before so you’re welcome to go thru the archives and read what I wrote then. Today, I write nothing different.The question at hand was inspired by a recent article in the NY Times by gretchen reynolds: http://well.blogs.nytimes.com/2013/04/03/reasons-not-to-stretch/

In this one, she alludes to two newer studies showing sustained – and that is the critical word here – static stretching impairs post-stretching performance of strength, speed or power movements. By sustained, we’re talking over 45 seconds. Without having read the actual study, since it’s a review of several studies on stretching, I can only surmise that the post-stretch testing occurred shortly after the stretching itself, often within a minute or two. Since I didn’t read it, I won’t claim that this is the case but I will claim that there have been other studies that looked at static stretching as part of a more varied and vigorous warm up prior to runs, jumps or lifts. The overwhelming conclusion is that holding stretches for as long as 30 seconds prior to a more vigorous effort, especially if time is allowed to pass between the stretch and the effort, will NOT impair the latter. That is, stretch, chill out, move around, wait for the starting gun to go off, and you will likely be just fine. Fu 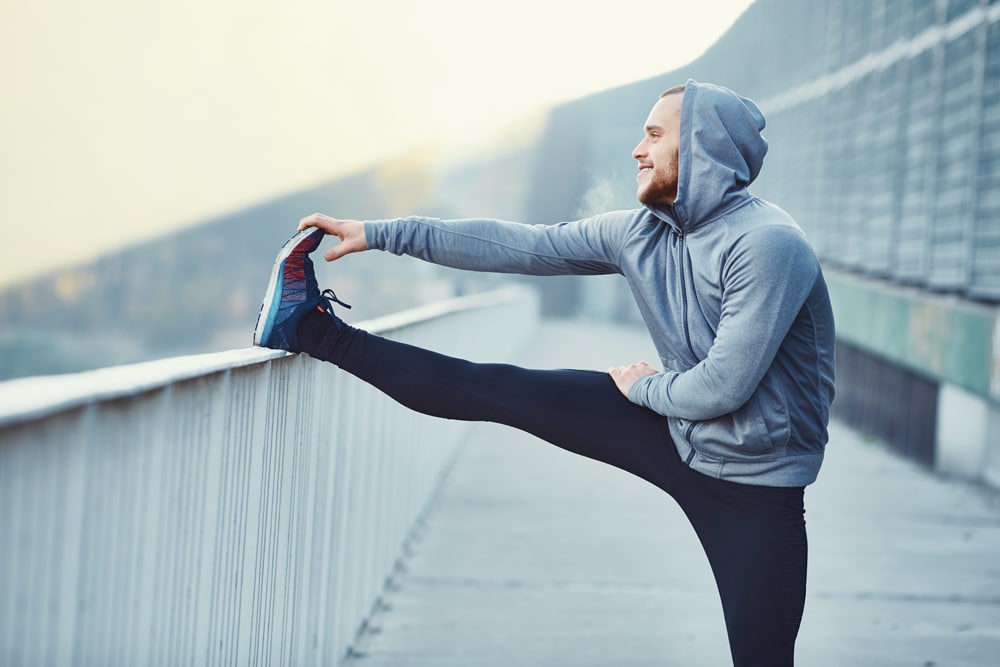 rthermore, stretch briefly – like almost all athletes do, not for 60-300 seconds like some of the studies that have been done and showed detriment from stretching – and you will also probably not have any impairment of the subsequent effort. Finally, and this is perhaps the most important piece, few athletes before starting an explosive effort, let alone a competitive one, stretch for long periods of time immediately before their effort. If anything, they do so several minutes beforehand and, unless necessary such as for existing injury or for flexibility-based activities such as dance or diving or certain martial arts, generally use the static stretch to get muscles looser so as to begin less vigorous movements specific to their sport, i.e. dynamically warming up. By the time the actual effort or event starts, several minutes have passed, their muscles are well warmed up, and only as loose as they need to be for their sport.

Now, it’s possible some athletes overstretch at the wrong times. I know, when I was competing in tae kwon do tournaments, I would stretch excessively all the way up to the time I thought I might be called into the ring. Most of the time, tho, I mis-timed my stretches and would spend several minutes jumping or kicking around before they would call me into the ring. In other words, all that stretching made me feel looser so that as I started actually kicking, I was loose enough without detriment to my strength or power. Perhaps I mis-timed some of these stretches and had to start fighting straight off the stretch. Adrenalin is an amazing drug, and I can’t say for sure whether or not it impaired my performance. Again, just saying that it is feasible I screwed up, but pretty unlikely, and I suspect that is how it is in most sports efforts. There’s very likely NO athletes of any seriousness who stretch for long durations immediately before they go out to do their sport. That lag time, and their short stretches, mitigate against any negative effects of static stretching.

Once again, I’d say, in the vernacular of my home town, Philadelphia, PA – fuggedaboutit.