The ubiquity of planks in gyms and exercise videos has denigrated it to the level of a ‘fad’.

Once the newcomer to fitness – about 15 years ago – it is now so common as both an exercise of choice for almost all kinds of athletes and people and as a standard of achievement for those with too much time on their hand that it has lost its sheen so far as I’m concerned. 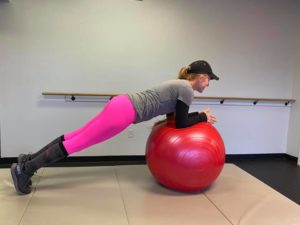 Now don’t get me wrong: the plank – both the front plank and the lateral or side plank – is a valuable tool in the hands of a competent personal trainer or fitness instructor…or therapist. But a little history might put it in perspective as I go on with my thesis here.

For the uninitiated, low back pain vs 6-pack abs has been the main driver of abdominal muscle training. Prior to the early 1950s, most people who did ab work – for it was not yet understood as the ‘core’ – were athletes, particularly boxers, and soldiers. The latter group did them both to fulfill some concept of total body strength (in addition to push ups, pull ups, and other calisthenics) and to torture recruits. The former did them to protect against the pounding of their opponents in the ring.

But in the early fifties, two docs, Williams and Kraus, came up with an ab routine to help those with what was then and would still be called non-specific back pain (NSBP.) They determined that the sedentary world of office workers was the cause of so many new chronic complaints of low back pain (LBP.) Thus they developed what came to be called the Williams flexion exercises: sit ups (crunches had yet to be developed), oblique sit ups, and knee-to-chest and other hamstring stretches among some other exercises.

As our understanding of LBP improved over the decades, with better diagnostic tools available to physicians, it became more specific rather than non-specific. Thus, disk problems were better understood and new therapies evolved. Hence was born the McKenzie protocol. These exercises were extension-based, with the yoga cobra stretch designed to push the disk forward away from the spinal nerves and supermans, bird dogs, and the elimination of all flexion exercises until further notice becoming the new, vogue protocol.

While these did little for the abs, they worked the back muscles and introduced, although the term had yet to be applied, the core.

In the mid-1990s, some physiotherapists came up with an exercise designed to  help those with a very specific LBP, that is, spondylolisthesis- and spondylolysis-related pain. The researchers qua therapists had determined that the small, intrinsic muscles of the mid-section – the transverse abdominis (deep within the abdominal wall), the multifidi (which span 3 vertabrae) and the rotatores (which span 2 vertabrae) – tended to be atrophied in those with spondylo issues. These muscles also did not respond to voluntary movement in a timely fashion. Thus they created what has become known as the navel drawing-in maneuver, a technical procedure that takes time to learn but had proven itself quite useful for patients.

So, while these exercises did little for the larger, external muscles we can see in the mirror, they did what they were supposed to do for those deeper – what are called the local – muscles that stabilize an inherently unstable spine: try to stabilize it.

Why am I going through this history of ‘core’? Because in the late 1990s, Dr Stuart McGill started touting the planks – front and side – as ways to strengthen the global  – the large external, visible- muscles that lock the spine in position. His research is compelling but, more than that, it’s exciting. Doing the navel drawing in maneuver of spondylo problems is worthwhile for those problems but you can’t incorporate them as easily into a hard-core group or individual exercise program…and you can’t measure improvement as easily as you can with a timed plank.

Which brings me to the topic at hand: how long do you have to be able to hold a plank to derive benefits?

A recent article addressed this not so much from a scientific standpoint as from a practical and pragmatic one. Whereas many in the fitness world brag about helping clients get to, or themselves doing, 60 second or longer planks as if that’s a big deal, this article questions such valuations.

First we should ask, why plank? If it’s for ab strength, cool – but the longer you do it, the more it’s about endurance, not strength. If it’s for ab look, or definition, cool – but then nearly anything would work as well although one should cut one’s food intake enough to shed fat overall. That way the muscles you have – and you all have them – are more noticeable.

If it’s for core strength and function, cool – but how much of our daily lives occur in a prone position hovering off the floor a few inches? (Caveat: planks are generally non-functional, like crunches, because of their positioning, but it’s possible that a vigorous and healthy sex life is improved with both front and side plank capabilities!) 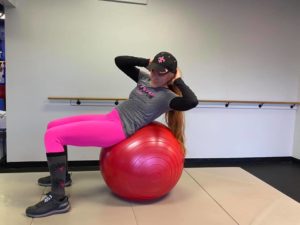 Nonetheless, for whatever reasons you’ve incorporated planks into your life- or workout-styles, the ultimate benefit of the plank is for spinal stability. In other words, they were designed and studied and promoted to help those with low back pain issues (LBP.) They may help in almost any and all types of LBP but they may need modification according to one’s abilities and pain instigators.

Studies have shown a benefit to young athletes at the college level if you can hold a front or side plank for 100-120 seconds. While these are pretty substantial numbers, they alone won’t confer complete security against low back issues. In other words, the data is correlative not predictive. Planks can be corrective but doing them longer does not mean you are even more secure against LBP.

As the article mentioned above notes, doing shorter planks – 10-30 second – but more of them may be sufficient for both pain and injury prevention as well as function even if you operate standing or seated in your sport or daily life. These shorter planks may give you that six pack and side torso look you seek assuming you have a lean midsection overall.

And they may even be useful in such injury prevention programs for athletes whose knees and ankles are at risk as well as in the elderly when it comes to fall prevention.

My model for them, as a side note, is to do them briefly but quickly. That is, to ‘pop’ up into the plank position but hold for 5-10 seconds. The idea is to be able to quickly engage these powerful support muscles as they would be needed for real life – in a coordinated and rapid firing to support the spine as it goes through its often large and dangerous positions in life and sport.

This is what I gleaned from a study Dr McGill reported years ago at an ACSM meeting in Nashville. Comparing the muscles that fired in the hips and torso of a football player and an exercise science masters degree student, he found the former engaged all the correct stabilizing muscles simultaneously and at the right time during a plyometric push up. The grad student fired off the same muscles but not in a coordinated manner, suggesting that maybe his spine was not quite as rigid during this vigorous endeavor.

So now, after reading all this, I hope you understand that I’m not discouraging planks. I’m simply reinforcing their value by making them effectively, easier.

Short and sudden planks will give you good tone, good muscle strength and endurance…but also good power and better function, with which to manage and prevent low back pain.