Just a pint full of water makes the calories go down, doown, dooown.

I read this in another place and now in the NY times, of a study, and other supporting studies, that showed overweight folks told to drink 2 cups of water before meals lost more weight over a 3 month period than did the controls. There are many reasons this may be true: water fills the gut, telling the brain not to eat so much; carbs, when they meet water, expand, puff up, stretching the gut, which then tells the brain it’s full; and that much water – for those who’ve had to prep for a colonoscopy – is damned uncomfortable and makes you sloshy inside. Whatever the reason, it seems to work: http://www.nytimes.com/2010/11/16/health/16really.html?ref=health 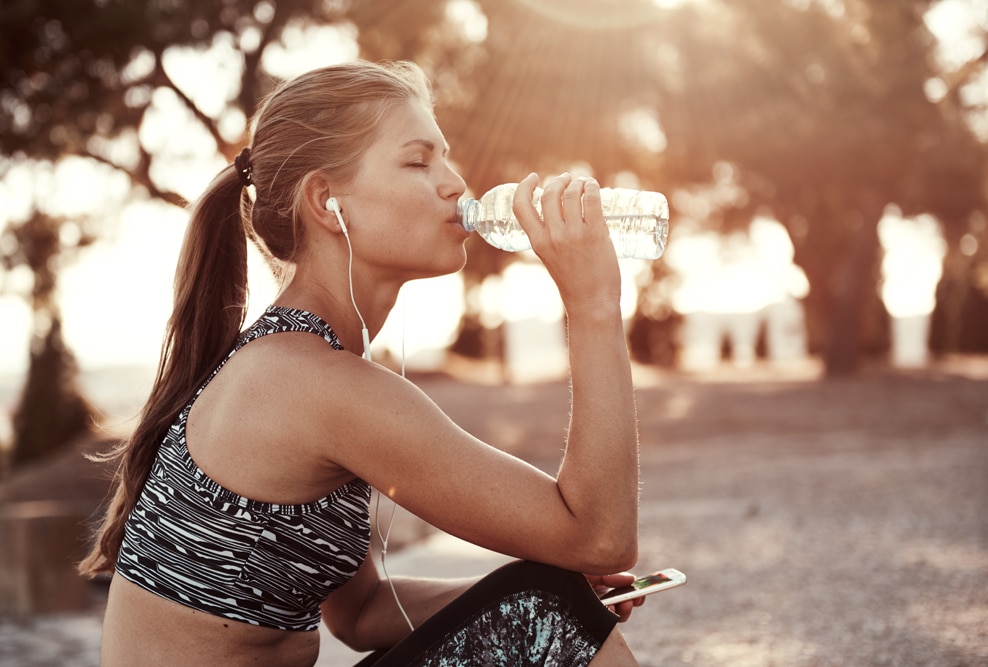 Many people gain weight for any number of reasons but most if not all fail to lose it for one of three main reasons (my opinion): unwillingness to sacrifice what they deem lifestyle joys; inability to make the choices necessary because of socio-cultural environment; or inability to allow themselves the power to fend off forces outside themselves that impel them to behave against their better, more knowledgeable selves. It’s the latter I want to address here.

We all have our emotional baggage. For some -the overweight/obese – some of that baggage is body-shape dependent. Having suffered the slings and arrows of some emotional charge, be it parental, familial, schooling, or whatnot, many o/o are damaged goods. They feel bad about themselves, feel less than attractive, less than healthy – and therefore less than what they would like to be. So food, or shall I say, eating, is a refuge of first resort. In other words, even before you can go to the store yourself let alone make enough money to find other ‘drugs’ – be they real drugs or gambling, or sex, or whatever else people might use to satisfy some inner longing – there’s always some food nearby.

For others, it may not be body dependent; it could be self-esteem dependent. That is, for whatever reason, again, these folks use food – excess amounts or the wrong kind – for self medication.

When such people look in the mirror, they simply don’t like the person they see. We all tend to look at ourselves the way we think others look at us. We can often justify things by glancing at the wall behind our desk at our diplomas, awards, etc, or maybe at our grandparents’ pictures if they somehow bring honor and status to our name if not our selves. In the end, the mirror of society still pierces the armor and the sadness or the anger manifest in self-destructive food consumption.

Now, before you go off the handle here, let me state the obvious. Not all o/o people are sad, angry, or low-self-esteemed. It’s only in the past 50 yrs that thin took precedence over zaftig – meaty. There’s always been chunky, fat, blubbery, etc but today it’s so prevalent and so much a national shame and drain. It’s no wonder there’s so much written and studied about o/o. The truth is, not everyone can be, nor should be, lean let alone thin. Studies have shown that the elderly need to have extra pounds on them in case they get a debilitating disease like cancer. Nonetheless, there are many folks out there who neither live in their body’s image nor feel any shame about their bodies because they truly have known love from the important people in their lives, and truly love themselves non-narcissistically.

However, 25 yrs in the business of training people, many of whom have at some point discussed their excess weight and even tried over and over again to tame it, has taught me that there’s some major emotional distress at not being lean. Even if the weight has not contributed to illness or risk of illness, even if the weight does not make them look bad in clothing, even if their significant other does not change the way he/she feels as a result of weight – still, it bugs them so. When it does, I try to veer them off from their shame and give them sound advice about how they can manage their weight for health, not appearance. As such, drinking two glasses of water, tho it is not that difficult to incorporate, seems to me a drastic alternative to the many other, more healthful ways to cut calories, and not necessarily healthier.