So, let’s consider the many reasons to NOT exercise:

No time, inconvenience, don’t like it, hurts, boring, have to shower after, work/family/other obligations, too out of shape, sick….the doctors said I shouldn’t/can’t.

Whoa! What the hell kind of doc says you should not exercise? Anathema! Sin! Short-sighted!

That is the case for some with medical conditions that could be worsened by certain forms of exercise. It was not long ago that hypertensives, for example, were advised to not lift weights because it raised blood pressure (BP). When I was in grad school in the 80s, despite a very weak if not deficient exercise science faculty, someone did have the foresight to invite Dr. Michael Stone to be a visiting professor of advanced exercise physiology. Advanced is an overstatement as there was no lab, no biochemistry or biomechanics, and no research element to the class. It was pure lecture. Stone was a renegade when it came to exercise prescription – I wonder if anyone else in the class took to his messaging; most were nursing students and jocks; I may have been the only geek in the class – and he was bucking the ACSM tide of that era.

The ACSM – American College of Sports Medicine – was the mouthpiece of fitness and wellness, still is, and had recently starting publishing its guidelines to exercise prescription in the late 70s. Those early editions were heavy on aerobics – thanks to the work of Dr. Ken Cooper out of Texas- and very slim on resistance/strength training (RT) and flexibility (ROM; the last piece of the fitness triad). In fact, a couple of pages were attributed to RT and maybe a paragraph or two to ROM in those early editions. 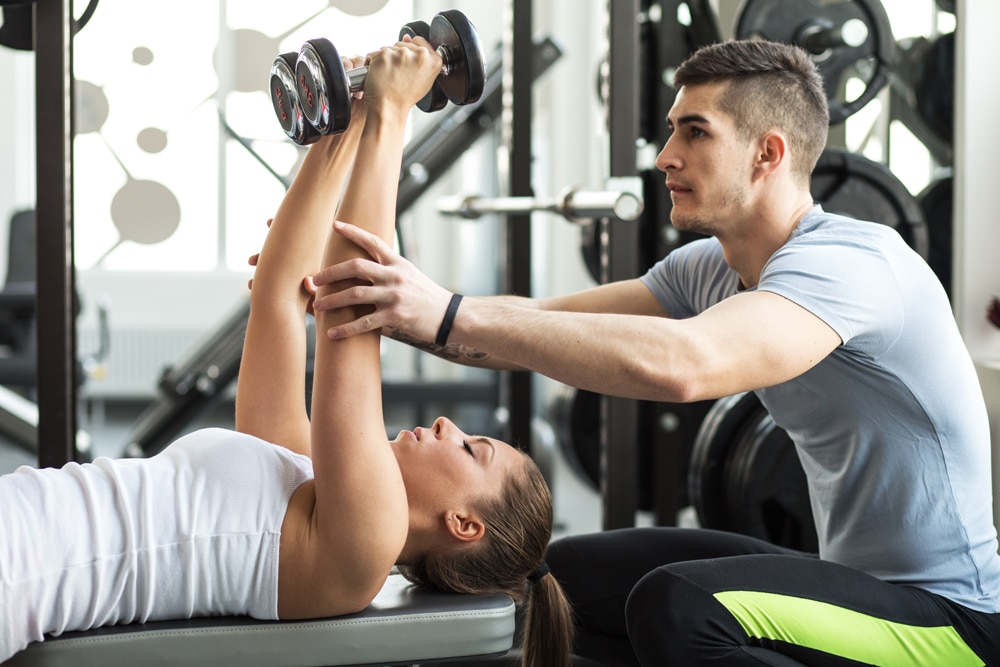 Mike – I do know him personally though only from some encounters at conferences and on the phone – was a strength guru for his time, and even now. He started reading eastern european and Soviet research that he got translated so that he could try to understand what they were doing that was yielding such dramatic results over our athletes in international competitions. The late 70s through the late 80s saw the Eastern bloc supersede western athletes in areas of strength and power. While most attributed these successes to better drugs/steroids, there was something else he was interested in: their training protocols. In fact, what we now take to be so blase – periodization – I had the good fortune of hearing about way back when, when he came to Vanderbilt to lecture us. It was a new idea not yet incorporated at any level of training here in america. now we all do some version of it, from marathon trainers to personal trainers.

One area Mike was versed in was the medical benefits of RT. Studies in the Soviet empire had shown reduced BP, reduced cholesterol, improved aerobic/cardiovascular capacity, better blood sugar control, and I’m sure other benefits but can’t remember, all of which the ACSM was pooh-poohing in 1985. I was the only student willing to confront the proof with proof that his data was bogus; I would cite Fox and Mathews’ text book only to be shot down by his thorough grasp of more current literature the likes of which had yet to hit western let alone american laboratories. I didn’t mind this shoot down as this, in my opinion, is how we learn. Otherwise, we simply listened but did not hear.

Anyway, a couple years after graduating with a doctorate – which, I admit, is as deficient in its substance as the department was in its quality – I opened STEPS, Nashville’s, Tennessee’s, and the South’s first exclusively-personal training center. While I was better educated than all my fellow fitness pros here and maybe across the state, other than other academics, I was pretty ignorant of all the possibilities of client needs.

Overweight/obese, out of shape, maybe achey/arthritic/low back afflicted – but sick, diseased, cancerous – I was a baby in the wilderness when it came to that stuff, and so was everyone else. For there was very little research upon which to provide any guidelines.

We would get referrals for folks with all kinds of disorders – fibromyalgia, undefined/undiagnosable pain syndromes, etc – and wing it, mostly with cautious guidance into apparently-reasonable fitness exercises. When I got my first lymphedema patient as a client, I was wowed. Wowed in the sense that in my care was someone with a potentially fatal disease dealing with a consequence of the treatment process that suggested, by all indications, great caution vis a vis RT. The woman, who died within a year of our starting to train, had a vigorously confrontational spirit – not against her fellow persons but against her cancer – and was willing to entrust me to proceed with caution as we actually lifted weights. Of course we kept them light and reason suggested we work with gravity to allow lymphatic fluid to not accumulate in her arms. She was getting treated at that time for the condition to the best ability medical science could offer. Still, it was hard to know exactly what to do, so I can honestly say I was simply applying logic and reason to what little I understood of the issue, and hoping for the best.

Recently, however, guidelines came out suggesting that all previous precautions against RT for people with lymphedema should be reconsidered in light of some studies that have shown benefits, not detriments, from RT. This piece in the New York Times provides encouragement and links for those who are more circumspect about undertaking RT with clients who have this disorder. There is something more here at stake. Many guidelines offered as evidence-based, and as the drive to use more evidenced-based medicine as a means to control costs and provide better care enters the coffee-break lexicon, are bogus at worst, and late at best.

That is, a panel of researchers finally get together to discuss the tons of research over the past x-period of time to come out with some safe guidelines so as to avoid misrepresenting the science, their profession, and themselves. As such, a diluted version of generalized guidelines is published often years after the data has accrued and long after some practitioners have started practicing new methods. By the time these new guidelines come out, newer ones are in the making, and so forth and so on, as we continually fight the last war, so to speak.

And take heart: some personal fitness professionals are more than good looking bodies. Some actually study and read the literature, and then think, and then apply knowledge and reason. Work with all kinds of clients with all kinds of issues. Use guidelines as just that. Then look beyond, delve deeper, and find the next right thing to do to help you stay healthy. Even if you do have some debilitating, if not fatal, disease.