A client suggested I watch a segment of Dr. Oz’s show from December 2012 with two guests, a cardiologist, steven sinatra, and a ph.d. in nutrition whose name escapes me. They’d just written a controversial book on “Everything you know about cholesterol is wrong.” it’s worth watching even if it’s a bit of a sales pitch: http://www.doctoroz.com/episode/doctors-who-say-everything-you-know-about-cholesterol-wrong.

I decided to blog on the topic not out of expertise nor out of disputation of which I can often be right and many times wrong. I do so because it’s message is basically that statins to lower cholesterol is using a lousy drug – except for middle age men with coronary artery disease – to confront the less-llkely cause of heat disease (cholesterol) when in fact the most damaging nutrient is sugar. Yes, hi blood sugar is what damages the lining of blood vessels, leads to inflammation and subsequent plaque build up and therefore hitting plaque with statins is useless.

Well, I’m not suggesting that they are wrong about any of their conclusions but i’m also not supporting the one piece that most docs also don’t support: discarding statin therapy when someone has hi LDL or very low HDL (tho it does not boost it; it does change the LDL:HDL ratio, tho). My caveat here is that it has a pretty decent track record perhaps not because it lowers cholesterol but precisely because it reduces inflammation! That there are side effects is indisputable. That it may be targeting the wrong substance in the blood is perhaps debatable; I’m not in a position to say otherwise tho my various health newsletters from Harvard, Duke and Tufts have not yet declared their theory valid or statins useless quite yet. What I am saying is, in the face of people’s unwillingness or inability to change their lifestyles sufficiently quickly or directionally in order to not just mitigate future inflammatory events but also to reverse those that have attacked their blood vessels thus far, statins are useful drugs.

So what lifestyle changes do these docs suggest? can’t you guess: eat more fruits and veggies, no refined carbs, anti-inflammatory oils like olive and walnut and others, minimize added sugars to foods, and get plenty of exercise. I hate to sound juvenile about it, but DUH! 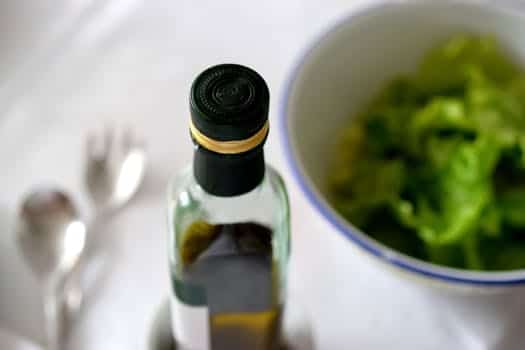 You see their message is plain and simple, one we’ve heard a million times in a million venues, not all of which are selling books. To sell a book you need a controversial vehicle, one that has a particle of truth enough to get you air time on, guess what? – Dr Oz. or maybe Oprah. When clients have suggested I write a book, I laugh, for the basic message is that listed above but the rest of the pages have to be filled with something to get folks to read it, the press to write about it, others to critique it – like I’m doing here tho it’s better if the critic is famous or something, and ultimately for you to buy it. The sales boom when you buy it, read a part of it, and tell your friends about it. If you follow the program described in it, most likely you will succeed in lowering whatever it is you want to lower or boosting whatever it is you want to boost, at least for the time you sustain the program. Where all books fail, and where I have skeptically decided not to enter the fray, is in motivating people to really change. Let me explain.

In personal and wellness training, a lot of ink goes into how to motivate clients to change. Being a self-motivated person, as you likely are in areas where you either excel or want to excel, I am not stimulated to do better or more by the words or threats of another. In areas where I, or you, don’t give a damn, I’m not likely to try that hard. In areas where I might give a damn but recognize my natural limits – being 5’8″, I knew that my basketball future as a 12 y/o was quite limited – I try hard but don’t kill myself to succeed. I think we are all like that. Where motivational crap seems to be applied even if it’s not going to work, is where someone says they want to change some aspect of themselves. The motivator takes the person on his/her word and tries all the tricks in the book. When failure results, both the client and the trainer resign in defeat with the former saying, ‘I just can’t seem to motivate myself’ and the trainer saying, ‘he/she just doesn’t really want this bad enough’. Both may be true to the extent the client really cares.

So what position do I take when it comes to helping clients change? NONE. I don’t help them change; I support their efforts to do so with education and encouragement but not criticism or even reason. For example, today a long-term client of 12 yrs, twice/wk, told me she did not go walking with her friend yesterday – sunday – even tho it was a beautiful, clear, low humidity, slightly breezy day; instead she stayed indoors and worked around the house for 3 hrs. Standing a lot. After asking why she didn’t walk, and hearing her excuse and her justification, I supported her in standing a lot, staying busy, getting things done that had to get done…and laid out for her why I support her walking as she said a few weeks ago that she’d do each sunday: not to lose weight, not to burn calories, not for heart health….but for habit formation. To cop out because her friend was not available, or that she had other things to do, and to not take a 15 minute – just 15 minute walk when she declared that that was her intent was, in my feeble mind, inexcusable. The end of that behavior has nothing to do with her original goals of losing fat and weight; it has to do with forming a healthy lifestyle. By golly, if after 12 yrs of educating and supporting she doesn’t really want to do it, then really I’m left to doing what I said above: educate, encourage and not criticize.

So back to Dr Oz’s guests’ book: read it, buy into it, and try to implement it. It’s as good as valid as any that promotes healthy eating and physical activity, but not because their thesis is right. Rather, because their solutions are regardless of their reasons. Like taking that 15 minute walk once a week, it’s not for health, fitness or weight loss; it’s just to get the habit of doing something good for yourself.