Whilst on vacation in Philadelphia visiting my daughter, Sophia, who’s studying at Penn to be a nurse practitioner, this article came to my email address. As usual, with Western science, reductionism grabs the agenda. That is, the search for the gene that makes people gain excess weight drives not just research but also Big Pharma.

As you can see, this is just a press release for a study done in Australia that found a “faulty mitochondrial gene” that screws with metabolism of fats and carbs that may lead to obesity. The ultimate goal is not to change the genetic make-up of anyone but to develop “specific drugs and treatments to overcome the impact of obesity on normal body function.” In other words, not to help people lose weight or prevent them from engaging in behaviors that increase weight, these hoped-for drugs will help patients simply overcome the effects of obesity on the body itself.

When will we come to grips with the fact that obesity can’t be managed simply by accommodating its effects? It has to be managed by altering behaviors so that people can (1) reduce weight, (2) prevent further and future weight gain, (3) improve cardiovascular and metabolic health even if obese, (4) improve muscle strength and endurance to maintain as much function and self-efficacy as possible even if obese and (5) stem the tide of growing waistlines world-wide so as to avoid the healthcare burdens every nation is experiencing.

It may make sense to regard obesity as just another disease to which some people are pre-ordained. But let’s make sense of genes and genetics here. Especially in something like obesity, one’s family history may suggest a tendency toward excess weight whereby hunger is poorly regulated and nutrients are poorly digested or processed. But that tendency may be fed, so to speak, by social, cultural, environmental and psychological effectors over which a baby, toddler, child or teen will have no or little control.

By adulthood, the genetics may be second fiddle to the household in which one was born and raised.

In my work with the original Eating Disorders Coalition of Tennessee (EDCT: now known as Renewed – www.renewedsupport.org) as a founding member in the early part of the century, I had the opportunity to learn a lot about how we parents, especially of daughters, can really screw up the psyche. Mothers’ self-concept and self-esteem, and her relationship to food and weight, as picked up subconsciously at first but then consciously later send signals to little girls that get embedded for life.

Think of comments such as “I’m getting so fat” spoken as mom gets off the scale. Or, “This dress used to fit me till I ate those cookies last night,” and any number of other self-deprecating, self-loathing, self-criticizing comments associated with foods, weight or appearance. Do you really think that little girl playing with her dolls didn’t pick up on that? 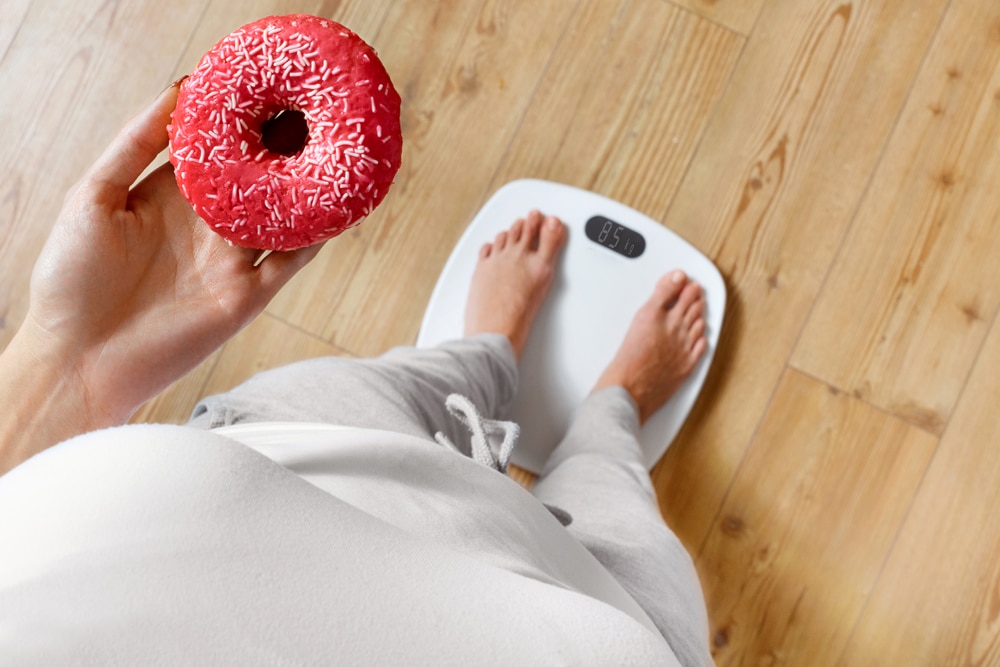 Or dads, how about your comments about the girl next door who was so cute but has gained weight since she entered high school, i.e. puberty. Or your response to mom’s inquiry about how she looks in a particular dress, a trap by any and every measure: “fine” don’t cut it, but neither does “Hmmm that may not be right for you.” Daughters hear it and internalize it. Some escape it, many don’t.

In other words, genetics matter but don’t count nearly as much in the big picture as how we raise and regard our relationships with food, activity, appearance and acceptance.

What disturbed me when I read this article was that nothing was noted about reducing calories and increasing physical activity. Rather than promote healthful living, the article emphasized drug development, the aim of which would be to counter the effect of an errant gene.

Perhaps, as an exercise physiologist and personal trainer, I’m a bit biased against this idealized approach, especially having witnessed the Phen-Fen fad, the Hi Pro/Lo Carb fad, the Hi Fat/Hi Pro fad…you get my point, right? Most worked for some, some worked for few, and none were sustainable by themselves. And to the discerning reader, you would find that all succeeded by declaring three principles:

In conclusion, we should accept that genetic studies will eventually help us identify cause, not association, for many illnesses and diseases we suffer as a species. That genetics determine our propensity to be affected by our environments and other factors that may contribute to certain medical issues. That the choices we, or our parents/caregivers make have an effect on how we develop. And that ultimately, once we acknowledge our propensities, our tendencies, our inclinations and our psychic pitfalls, we can grab whatever bull there is by the horns and start moving toward the life and self we wish to have and to project.

Then peace will truly reign, if not on earth at least inside you.