I won’t get too technical here, esp since I’m not ensconced in the science of scientific research. As one educated and moderately well read in the science of exercise and wellness, I may be able to offer some guidance that will make this stuff make some sense. First, let me share the stimulus for this piece, an article I read on line, from the American Society of Nutrition:

Lifestyle determinants of the drive to eat: a meta-analysis

From a purely physiologic point of view, obesity is a result of consuming more calories than one expends. However, from a more practical angle, what may be more interesting in this regard are the myriad lifestyle and genetic factors that lead to overeating. For instance, although watching television does not inherently cause obesity, many studies have shown a positive association between time spent in front of the television and risk of obesity. In other words, it’s the increased food consumption and/or decreased energy expenditure associated with television watching that’s the problem. Others have suggested that people who do not get sufficient sleep eat more than their well-rested counterparts. The same goes for heavy alcohol consumers. However, most of these studies were observational (epidemiologic) in nature and, therefore, should not be used to infer causality. Indeed, only results from properly controlled interventional trials should be trusted in this regard, and results from all such studies should be considered collectively before drawing a conclusion. In the September 2012 issue of The American Journal of Clinical Nutrition, researchers from Uppsala University (Sweden) report their findings that data from rigorously controlled, previously published studies collectively suggest that alcohol consumption, TV watching, and sleep deprivation might each contribute to obesity by stimulating food intake.

This study was carried out as a “meta-analysis” in which the researchers considered results from all previously published, well-controlled studies regarding the effects of alcohol consumption, TV watching, or lack of sleep on food consumption. To be eligible for inclusion in the meta-analysis, studies had to fit very specific criteria (eg, interventional not epidemiologic in nature) and provide a set of required data. From 4759 articles initially identified, only 23 were included in the final statistical analysis. Of these, 10, 5, and 8 were related to alcohol, sleep deprivation, and TV watching, respectively. 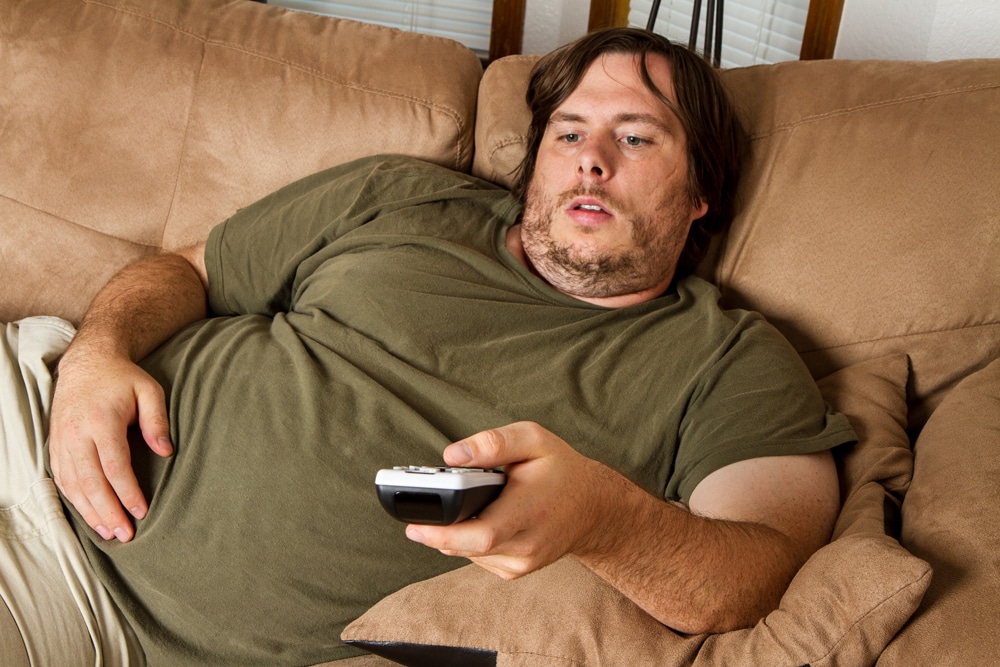 When taken together, these studies support significant and positive effects of all 3 lifestyle factors considered on food intake, with the effect of alcohol being the strongest.

The authors concluded, “Television watching, alcohol intake, and sleep deprivation are not merely correlated with obesity but likely contribute to it by encouraging excessive eating.” Additional studies are required to determine if these effects are due to neurologic or endocrine adaptations or other less sophisticated factors.

Now, let’s make a few things clear. a peer-reviewed research article is one that is first read by a committee of fellow professionals in the field to see if the techniques and methodologies applied and reported meet the standards of modern science. The epitome of these standards is what is called randomized, double-blind, with a control-group, whereby there is at least one group of subjects who are not being treated during the period of time of the study who act as the comparison group for the other group or groups that are being treated by some measure or measures; and all subjects are places into groups in a random fashion to avoid loading the process or results. That is, some get the protocol while others do not, and then you can tell if the protocol works. When studies on nutrition or exercise or sleep or other lifestyle behaviors get reported in the media, they are often observational or epidemiological. These are studies done by assaying large groups of people in an ex post facto manner – that is, after they have done whatever it is they do – such that you gather a ton of info and try to find ‘correlations’ or connections between patterns of behavior and outcomes such as disease, injury, or in this case obesity. That you get. It cannot allow for attribution of cause. That is, just because people who watch lots of tv tend to be fatter than those who do not, one cannot claim that tv watching causes getting fat. In this stufy, a meta -analysis, the researchers compile and composite the results of several self-defined – by the researchers themselves- quality studies in order to find such powerful connections as can only be ascertained with very large numbers of subjects the likes of which cannot be done in a single study. Then, with greater certainty, one can find correlations that will be more suggestive of a causal relationship than in the smaller studies that constitute the sum of the total group of studies.

Why is this important? Especially as regards to the conclusions above?

Mainly, because enough data was compiled to show that while strict causality is not able to be claimed, there’s enough evidence to suggest that too much tv, alcohol and sleep deprivation somehow leads to either excess eating, insufficient activity, hormone disturbances or all of the above that cause people to get too fat. Three simple actions, if stopped, can turn the tide, but hey can’t be instituted as government policies. They have to be instituted at home, by parents and even by adults themselves. That, my friends, is why I’m afraid the world will simply keep getting fatter.