HIIT vs MICE: Which is best for the Arteries?

High blood pressure (BP) and arterial stiffness often accompany aging. We kind of know that cardio exercise is good for the former but which type of exercise is good for both? A Canadian study investigated the acute effects of high-intensity interval training (HIIT) and moderate-intensity continuous exercise (MICE) on 19 middle-age and older hypertensive women. They hypothesized that HIIT would elicit a greater post-exercise hypotension (PEH) by causing the arteries to relax more afterwards. 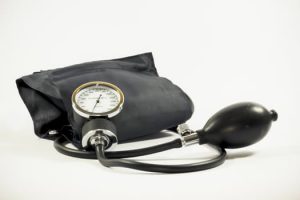 All the women did one session of each training style after a maximal treadmill test, each separated by 1 week. The HIIT workout consisted of 10 1-minute treadmill ‘uphill’ walks with 2-minute slow recovery walks at lower intensity between ‘sprints’. The MICE ran continuously for 30 minutes at 50-55% of their maximal abilities. After each exercise bout, subjects rested in supine position for 10 minutes; then baseline measurements of BP and arterial stiffness were taken and repeated at 30, 60, 90 and 120 minutes after exercise.

Both exercise regimens elevated BP, as expected, but HIIT had a greater impact: 180 mmHg vs 159 mmHg for systolic, and no differences for diastolic pressures. Both equally reduced systolic BP (about 11 mmHg) at 30 minutes post-exercise but only HIIT lowered it at 60, 90 and 120 minutes post-exercise. There was no difference between the exercise bouts on reducing arterial stiffness.

The authors suggested it’s possible that the elevated heart rates kept BP elevated longer especially after HIIT. PEH, a favorable side effect of exercise, was sustained longer and at lower levels after both modes compared to the maximal test. They suggested that HIIT is effective but may be harder to motivate older hypertensive adults to perform. So give them MICE.

Treatment for any cancer often leads to some debilitation and diminishment of functional capacity. Adjuvant chemo therapies are known to reduce muscle strength, muscle mass and functional performance of activities of daily living. Some studies during the early phases of therapy have incorporated aerobic and light resistance exercise training to see if these programs attenuate some of these adverse side effects of chemotherapy.

This study out of Norway and Latvia randomized 55 middle age women recently diagnosed with stage 1-3 invasive breast cancer into two groups: conventional post-surgery treatment with or without high-intensity strength training. Maximal leg presses consisting of 4 sets of 3-5 repetitions were done twice per week for 12 weeks. 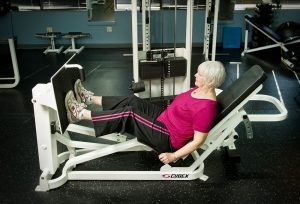 Not only did the exercisers comply with the 20 minute sessions – 96% completed the study – but they “even improved muscle strength with a magnitude similar to that observed in healthy individuals.”

These strength gains manifested in improved function as assessed by the 6-minute walk test, the 30-second chair raising test and the stair climb test. The controls, who didn’t exercise, experienced the typical strength and function declines.

The fact that this program targeted only one muscle group – legs – and that exercise sessions lasted only 20 minutes led the authors to postulate that adding upper body exercises at high intensities could further enhance quality of life for those undergoing treatment not just for breast but for other cancers as well.

Got dairy? Remember that successful commercial endeavor to get us to drink more dairy? Well, a study from BYU ( in Oxidative Medicine and Cellular Longevity) found that telomere length (the ends of chromosomes that reveal the extent and rate of aging) was shorter in those drank high-fat milk than those who drank low-fat milk, suggesting a shorter lifespan. Surprisingly,  those who did not consume any milk also had shorter telomeres than the low-fat drinkers. The researchers estimated that the loss of 69 base pairs might abbreviate life by 4 or more years.                          UCLA Healthy Years April 2020

Intermittent dieting (ID), or intermittent fasting – two sides of the same coin for weight loss – is the vogue dietary model. Based on the common principle of reducing caloric intake, ID limits the hours of the day during which you can eat…but not binge to compensate. Generally it’s a 16:8 ratio of not eating to eating. A recent article in the International Journal of Obesity reported that ID done on a bi-weekly basis of 8 cycles of 2 weeks of low calorie/2 weeks of weight-maintenance calorie intake vs another group doing calorie restriction for 16 weeks straight helped the ID group lose 47-80% more weight without experiencing reduced metabolic rates. The ID group was better able to sustain the program of alternating calorie restriction weeks.         Duke Health News Jan. 2019