Foam rollers – those cylinder-shaped dense foam devices used by elite athletes and therapy patients world wide to “release” bound-up, knotted-up, adhered, scarred, tight myofascia (the fascial wrapping around muscles) – are all the rage. They’re like do-it-yourself massagers that, with skill and agility, allow a person to treat themselves for their muscular aches and pains.

But do they realllllllly work? 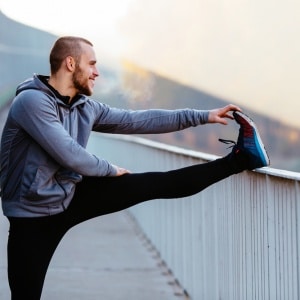 Many studies have demonstrated their value for increasing range of motion (ROM) for muscles about to be used and for alleviating muscle pain, chronic or acute. But a group of researchers determined to study the value of foam rolling + stretching compared to rolling alone and stretching alone to see if doing so improved ROM and performance. A meta-analysis of 169 studies found 12 that met the criteria for inclusion in their analysis. These 12 provided a pool of 267 subjects most of whom were athletes.

“There was no significant difference between the combined stretching and foam rolling group and the stretching alone group—both groups showed an average increase in ROM of 6.83% and 5.26%, respectively.”

Granted, compared to a non-stretching control group, all the rollers and stretchers improved ROM.

As far as performance benefits, there was no significant difference between the combo group and the stretching-only group. However, a small gain was made if rolling was followed by stretching versus the other way around.

By now everyone knows that cardio training, like regular walking, jogging, swimming, cycling, etc. is good for the heart and for the blood vessels in general. Over the past 30 years, health and fitness guidelines have promoted the many musculoskeletal, metabolic, and neurological benefits of resistance training (RT) with weights or other forms of resistance with only scant reference to its value to the cardiovascular system. A team of researchers from Salisbury University (MD) tested 3 groups of 18-30 y/o males to see if a 12-week whole-body RT program improved arterial stiffness, a predictor of cardiovascular disease risk.

One group of 10 served as controls while another group did 3-5 days/wk of high-intensity (2-3 sets of heavy) RT and another did high-volume (3-4 sets of moderate) RT. Each group was tested pre- and post-tested on body weight, body fat, blood pressure, and three accepted modalities of arterial function. 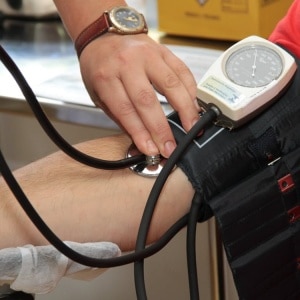 The results did not demonstrate any changes in arterial stiffness on any of the measures. These results were in accord with many but not all studies of this kind. Some that have shown changes used fewer exercises, more sets, or less frequent training days; some did not control for extraneous activity such as cardio, which could improve arterial fitness if added to an RT program.

Worth noting, of course, is that all RT subjects got stronger (duh!), and no differences were found between the two groups of lifters. One other thing worth mentioning: there were no adverse changes in either group on blood pressure, arterial compliance, arterial health. Perhaps the study was simply too short.