Training the Respiratory-side of Cardiorespiratory Health

Not a day goes by without some mention on the news, or at your doctor’s office, of your cardiovascular health. Blood pressure, cholesterol, disease-risk, etc. But, unless you’ve had problems with the lungs, few of us consider the respiratory side of the formula.

In exercise science, we were taught that the lungs were not primary components to aerobic fitness. Defined as the maximal volume of oxygen one can pump and use through the system, aerobic fitness is a function of heart and vascular health plus the muscles’ ability to use the O2 that’s delivered. Lungs aren’t the issue.

Over the past 20 years, more emphasis has been directed at the possibility of conditioning not the lungs but the breathing mechanisms themselves. Based on the idea that respiratory fatigue is produced during long bouts of vigorous activity, respiratory muscle training (RMT) has come into favor as a way of preparing the muscles that move air in and out of the lungs to withstand the rigors of exercise.

Until the past decade, it was considered only feasible and useful for those with a respiratory condition. Now, a meta-analysis of the studies on RMT has demonstrated that the muscles of breathing – the diaphragm, some neck and chest muscles – can increase their resistance to fatigue, improving muscle economy which preserves energy for the actual physical work of activity; alter ‘motor recruitment patterns’ to improve ‘ventilatory efficiency’; and modulate the pro- and anti-inflammatory milieu, all of which “support the ergogenic effect” of RMT, at least for longer-duration activity. For sprints and short-duration exercise, the jury is still out.

Why We Humans Don’t Wanna Exercise

Why is it some – very few – of us love to put on our exercise gear and head out to the gym, park or streets to work out, while most – like 75-80% – don’t? This is a question often discussed in STEPS Fitness newsletters and blogs such as this, this, this and this. This is the question some post-doctoral exercise science researchers in Europe asked. They used electroencephalography to observe directly what the human brain is doing when shown scenes of physical activity and sedentary behavior. They studied 29 young adults who were recreationally active or were sedentary but planning to become more active. Their mission: move their avatars on the computer toward active pursuits and away from sedentary ones. 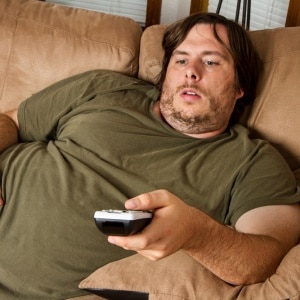 Interestingly, both active and sedentary subjects had faster cortical reactions to scenes of physical activity than to scenes of sedentary ones, but the active participants had faster reactions than the sedentary ones. The lead author noted that “[the brain is] minimizing energy costs. This minimization was useful during evolution because it provided us an advantage for survival.” Thus, it took more brain energy to get going even if you really wanted to. They concluded that avoiding sedentary behaviors was associated with high levels of conflict monitoring and inhibition”, and that additional brain resources were required to “escape a general reaction toward sedentary behaviors.”

A  study of 1,361 subjects in the Framingham Offspring Cohort, reported in the Journal of Bone and Mineral Research, showed that those who lost 5% of their body weight from dieting over the past 4-5 years also reduced bone density. It’s recommended that, if you’ve lost or are trying to lose weight, you do resistance training, especially weight bearing exercise.            UC- Berkeley Wellness Letter 11/18