Just a Spoonful of Protein Helps the Knee Replacement Patient

A University of Oregon study asked the question whether the supplementation of essential amino acids (EAA), the building blocks of protein, would safely help older total knee replacement (TKR) patients maintain leg muscle mass. The typical response to TKR is further atrophy of the thigh muscles, which delays functional recovery.

They randomly assigned 39 middle-age and older adults  preparing for a TKR to take either a placebo or 20 grams of high-quality EAA twice daily, between meals, starting one week pre-surgery and continuing for 6 weeks post-surgery. Patients were tested by MRI to gage muscle tissue changes in size, muscle strength and functional mobility 2 – 6 weeks pre-and 6 weeks post-surgery. Blood chemistry was also tested to see if any adverse responses to the EAA were occurring.

Despite what most fitness professionals might think regarding atrophy and strength, there were comparable declines in both groups in quadriceps and hamstrings strength and in functional mobility. The authors conclude that the muscle sparing benefits of taking EAA might not show strength and function benefits for several more weeks.

The Exercise-Sleep Connection: Bidirectional or Bipolar?

Australian researchers attempted to determine if the bidirectional relationship of physical activity (PA) and sleep quality and duration (SQ and SD) is causal or correlational. Mailed surveys to 3649 middle-to-old age Aussies over a two year period assessed the amount of and changes in PA, SQ and SD they regularly achieve. Of course, self-reported data of this nature is always suspect, but with a grain of salt does offer something to publish.

The data showed that the cause and effect of both PA and SQ was reciprocal: the more PA, the better the SQ; the better the SQ, the more PA. Likewise, changes in PA were not associated with changes in SD, or vice versa. Furthermore, it showed that some subjects shifted behaviors, becoming less or more active, and having worse or better sleep behaviors. Twenty percent had sub-optimal or shifting SD from optimal to sub-optimal or vice versa; 60% remained optimal. Overall, a small percentage were sub-optimal in all three indices and fewer than 10% were highly active and optimal in SQ and SD. 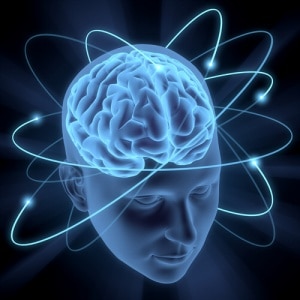 In sum, the bidirectional relationships of PA and elements of sleep behavior could not be identified as causal in either direction. One could say it was a bipolar one in that there are many for whom one behavior is decoupled from the others. “Remaining physically active was positively associated with increased SQ or maintaining good SQ, and painting good SQ or increasing SQ were associated with either remaining physically active or increasing PA”, the authors concluded.  And it may help control body weight, too.

Science has a way of saying, “I told you so” or “Duh”. In this study, the authors measured the biomechanics of experienced young (early-mid 30s) and old (mid 60s) runners. Subjects ran at the same speed of 7.5 mph (8 mins/mile) with 9 cameras filming marked segments of their lower extremities.  They calculated foot strike forces, vertical and joint stiffness values and their underlying components. And, yes, the youngsters had less vertical stiffness (more spring-like) with more dynamic joint stiffness at the ankles and knees.  The olders had less ankle plantar flexion and knee extension forces, with shorter steps, demonstrating that advancing age is associated with biomechanics that reduce speed and loading forces on the muscles and joints.    MSSE Dec. 2018