What Would Tiger Do?

Preventing golf injuries and improving performance are the main reasons golfers would even consider stretching. A literature review aimed to determine (1) what are golfers’ current warm-up routines; (2) if there’s an association between these and injury risk; and, (3) whether warm-ups help golf performance.

The study design is cumbersome so let’s cut to the chase with the results. About 35-71% of golfers never or rarely warm up before play. Only 25- 30% always warm up. Moderately skilled golfers are more likely to warm up than novices or low-handicap ones. One study found that those who did 10 minutes of warm ups tended to have better average handicaps. Thus, 42% of pros vs 17% of recreational golfers warm up for more than 10 minutes. 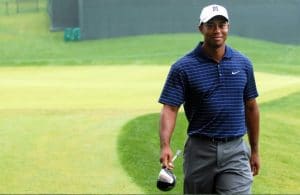 Pros tend to have the highest rate of injuries – about 3/player – with 50% of older duffers reporting an injury over the past few years. Most were minor  though nearly 25% of golf injuries required 1-6 months of time off the course. One study found that warming up for 10 minutes or more yielded the lowest rate of injury – 0.43 vs 1.02 injuries/golfer. Only one study found pre-play stretching activities was associated with increased risk.

Definitive warm-up recommendations may not be available until more research is done, but the evidence does suggest some is better than none.

The Lasting Effects of Pain on Function

Joint and muscle pain can often be managed pharmaceutically, therapeutically and/or surgically. However, evidence has demonstrated that residual effects from a pain episode can persist, and these could impact both current and future musculoskeletal performance and pathology.

A study led by one of Australia’s most influential physiotherapy researchers, Paul Hodges, attempted to gage how pain and the removal of pain impacts movement patterns of the upper body. They taught subjects a reaching movement using a robotic arm to reach and grab. Electromyography (EMG) of the various shoulder muscles was compared to a non-pain and an artificially-induced pain (using a hypertonic saline injection into the anterior deltoid muscle of the shoulder) condition. Subjects verbally rated the intensity of pain (~4/10) after the injection. 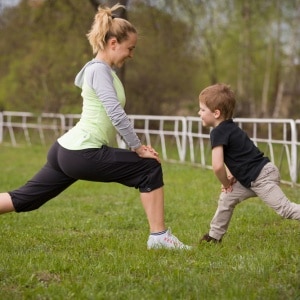 Since studies have shown that just a 1% increase in knee abduction is associated with a 6-fold increase of osteoarthritis 6 years later; and that a single pain event of the knee can cause the medial quad muscle to not fire properly even after resolution of pain occurs, the authors emphasize that continued retraining is necessary to mitigate problems down the road.