How much do YOU know about Nutrition and Health?

The following questions were asked of physicians in the January 2022 edition of Medscape, an online reference for healthcare providers. See how much YOU know:

1. Which most accurately expresses the results of a study on the risk for stroke and dementia in people who drank coffee and tea?

a. Reductions in ischemic stroke risk occurred only in individuals who consumed more than one cup of coffee and one cup of tea per day

c. Individuals who regularly drank both coffee and tea had measurably reduced risk for Alzheimer’s disease. 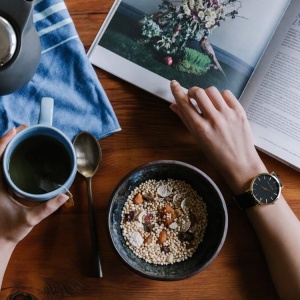 2. A recent observational study examined the effect of olive oil consumption on mortality risk among healthcare professionals. Compared with those who rarely or never consumed olive oil, the cardiovascular disease mortality rates of those who consumed more than 0.5 tbsp per day were approximately how much lower?

The hunt for nutriceuticals runs through the supplement industry. That is, since the 1993 Dietary Supplement Health and Education Act reduced regulatory standards for the dietary supplement industry. Hence, we have a multi-trillion dollar industry that can make all but extreme curative or therapeutic claims while still hinting on the benefits of their products.

Some studies have claimed that omega-3 fatty acids such as those in fatty fish like salmon may have beneficial effects on cardiovascular disease, type 2 diabetes, cancer, Alzheimer’s disease (AD), heart failure, rheumatic arthritis, etc. These claims stemmed from post-WW2 studies showing low rates of heart disease in native communities in Greenland and Alaska, suggesting the high-fatty fish diets are cardio preventive. 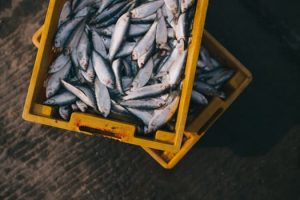 But, are they neuro- that is, brain-preventive?

He grants that those who consume fatty fish or take supplements tend to be of a higher socioeconomic class, have healthier lifestyles, and exercise more regularly…all of which are correlated with healthier brain function. Thus, the sample bias of such large-scale epidemiological studies may not be able to ascertain with certainty the benefits or downsides of omega-3 supplementation.

But, as with most studies on supplements, the answer lies in consuming natural, unprocessed foods vs pills, no matter what the law states.

Can mind over matter matter? According to an article in the journal Appetite (Jan. 2022), apparently it does. The researchers gave 37 people identical servings of 2 pasta dishes  on different occasions labeled “light” and “filling.” Those eating the light meal ate a little more of it and even said they felt less full than when they ate the filling meal. The authors caution that those trying to control food intake beware of the marketing labels stores and restaurants use.                                          Harvard Health Letter May 2022

Does prehab – an exercise and education routine offered to prospective total knee replacement (TKR) patients  – improve outcomes in the short- (4 days), medium- (6 months) and long-term (12-months.) One group received the standard care – an educational packet and basic exercise advice. The experimental group got the same packet plus4 supervised outpatient sessions of rehab exercises prior to the TKR. The results showed “no evidence that multidisciplinary prehabilitation before TKR…improves short-term functional independence or reduces midterm activity limitations after surgery.” The authors note that only 1/3 of those in the extensive prehab program attended all the sessions, suggesting that such a program could be ‘burdensome’ for those in severe enough pain to warrant TKR.                             JAMA Network Open May 2022