The hormone differences between males and females take a sharp turn at puberty such that females deposit more fat while males add more muscle. At menopause, when estrogen and progesterone levels decline, females lose some of the protections they offer but don’t lose their many years of fat accumulation. In fact, they often develop android or belly fat a la males. As almost any female can attest, this fat is hard to lose without intense calorie restraint and/or significant whole body exercise. 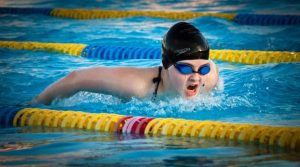 Lean mass increased and fat mass decreased in the SIT group, primarily in the trunk and legs. Aerobic capacity also increased (12%.) While the direction of changes was expected, the short time frame and the rate of changes were notable. Clearly SIT is not for everyone. Check with your doctor to see if you’re healthy enough for this kind of workout.

What with all the good news for the heart, muscles and body composition about HIIT and SIT, it was only a matter of time before someone investigated its value for the mind. And so, a group out of the University of Queensland in Australia investigated the effects of HIIT on cerebral blood flow (CBF). As we age, especially for those who have cardiovascular diseases like hypertension, hypercholesteremia, or heart failure, or advanced metabolic syndrome (high blood sugar, high body fat/weight especially around the middle, plus high blood pressure and cholesterol), CBF is impaired.

Because it was a small study that looked at only one bout of exercise, we can’t project what would happen over time. However, most of the research suggests that cardio exercise is good not just for the body but for the mind.

The British Journal of Sports Medicine (May 2019) reports on a meta-analysis of nearly a million knee injuries that showed the odds of developing osteoarthritis were more than 4 time higher after an ACL injury and 6 times higher after a meniscus injury. Also, a Journal of the American Osteopathic Association (June 2019) study of 173 adults ages 35-50 found that 28% of males and 26% of females had osteopenia (not quite osteoporosis.) Finally, a JAMA study (June 2019) found that the death rate from falls among older adults has risen since 2000.  Cleveland Clinic Arthritis Advisor Sept. 2019