Not long ago, I wrote about the ongoing controversy with artificial sweeteners in the American diet and culture. An article from September 2019 in the Washington Post brings more to bear on this topic, not for the findings but for the conversation around them.

First, the article addresses the results of a European study in JAMA Internal Medicine (Vol. 179:11, 2019) that analyzed self-reported soft drink consumption among representative samples from 10 countries. Almost 460,000 subjects from an ongoing study from 1992 to 2000 had reported how many soft drinks – artificially or naturally sweetened – they consumed per day. Then in 2018, death rates were noted.

However, let it be known, as the article does, that soda consumption alone, regardless of the type of sweetener, is associated with higher mortality risks, but may not be caused by them. 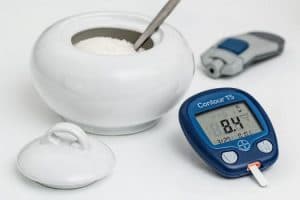 This is not to defend soda or artificial sweeteners. Rather, it’s to highlight the hidden features of the WaPo article. For example, paragraph 9 addresses the “reverse causation” paradox, where those who tend to drink diet sodas may also have lifestyle features that incline toward heart disease. Obesity comes to mind here. And with obesity comes the likelihood of metabolic syndrome, including hypertension, high cholesterol and poor glucose control. The latter might be one reason diet drinks are preferred over sugar-sweetened ones.

Another feature of these results is the role of soda drinking itself. As we all have heard, read or know, soda, regardless of its sweetener, is a non-nutritive fluid that might, at best, contribute to hydration but otherwise doesn’t offer any healthful sustenance. Thus, people who tend to drink a lot of soda likely are missing out on drinking higher quality beverages or, especially if sugar-sweetened – higher quality foods. That and the possibility that soda drinkers tend not to be inclined to participate in other healthful behaviors puts them at greater risk for heart disease and maybe even some cancers.

So the results of this study are valuable even if not able to demonstrate causation. What needs to be accepted by food ‘nazis’ is the possibility that it’s not soda per se that kills but it’s the lifestyle choices of frequent soda drinkers that are more apt to be causal of higher rates of morbidity. Thus, let’s not fault soda, sugary or not, nor even junk food, salty, sugary or fatty. Let’s fault unhealthy lifestyles, including many components that may be out of the control of large segments of our population such as safe exercise/physical activity environments, safe water and air, secure healthcare options, and general home and community safety.

When put in perspective, soda may be a symptom, not a cause of poor health, a symptom of social and economic, and cultural, disease. In moderation, no big deal; in excess, like any disease, morbidity increases.