Many a fitness professional, including those who write, contribute or publish fitness and wellness articles, adhere to some voodoo beliefs that, occasionally, need debunking.

For example, I just read an article in Lower Extremity Review about symmetry. That is, in medicine, therapy and fitness, there is a belief that things should be symmetrical between our left and right sides. Where symmetry may not matter as much but a coordinated asymmetry does is on matters related to front and back.

So it’s not too difficult to understand your doctor checking the strength, range of motion or neural responses of a healthy joint or muscle in order to compare it to the painful or hurt side. An asymmetry that is extreme – often a >10% difference is used as a marker – may be a red flag indicative of a surgery that’s failed or a therapy that’s failed or, heaven forbid, a personal trainer who’s failed to get things back on track for the weaker side.

Then again, maybe we are not designed, so to speak, to be perfectly symmetrical. From an appearance perspective, bodybuilders and fitness competitors aim for it but that does not mean they are. Remember, you can’t judge a book by its cover.

So where does symmetry find its justifiable place? If you hurt your non-dominant arm while playing tennis, should you aim to be symmetrical with your dominant playing arm before resuming your sport? I think most would suggest not. However, if you hurt your knee playing tennis, should you aim to make it as strong, supple, coordinated and functional as the other knee? Most would say ‘yes’ but it’s hard to say if this is an imperative. For a running back, there’s more support for symmetry than, say, for golf or tennis. 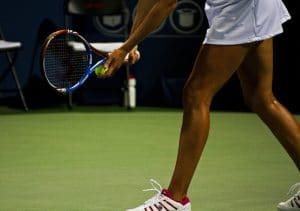 Does symmetry hurt? That’s a whole different discussion. My personal opinion is, for the average person, who’s doing nothing too vigorously, symmetry may or may not hurt or help. For the elite athlete, though, we have to keep in mind about which part of the body we’re talking. As in the above tennis example, symmetry would indicate weakness of the dominant side. For swimming, symmetry may not hurt but it also may not help: some swimmers naturally and more comfortably breathe turning their head to one side. Teaching symmetry may actually impair performance.

I go back to a sprinter from the USSR back in the 1970s – Valerie Borzov – who won gold in Munich in ’72. He was renowned for being a sloppy runner. Nonetheless he was clearly quite good at running with crappy form. When they tried to fix it, he ran worse. Sometimes you gotta let the athlete do as he/she is suited to do even if it’s not symmetrically pretty.

Now how does this relate to the title – “Myth Busting #928 – Sweating Out Toxins Is Harder Than You Think?”

Among many nutritionalistic (a made-up word) beliefs, there’s this idea that we breathe and consume so many bad things that our bodies need to be detoxed. While this is true for alcoholics and drug addicts, it is not necessarily true for the rest of us humans. All we need are functional livers and kidneys. They naturally clear our blood streams of the many items breathed and consumed that our bodies don’t really want, or like, in them.

That said, despite acknowledgement from trainers and pseudo-nutritionists alike that our bodies detox via livers and kidneys, there is still the belief that certain foods or practices – fasting? liquid or tea fasts? elimination diets? – can help these organs do their jobs ridding our bodies of crap.

First of all, the kidneys and liver run all of our blood through their filters removing components for recycling or excretion. This is an ongoing matter, not something you do at the end of each day or month like an HVAC air filter. Where are all those toxins hiding that, somehow, don’t get picked up by these organs? Skin? 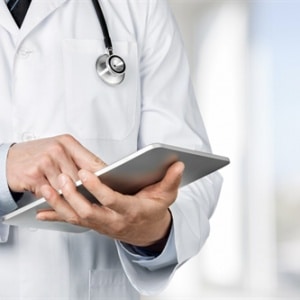 So now there are purveyors of sweating toxins arguing that sweat, as it does with salt, removes toxins from our bloodstream via the water in perspiration. This is not new, but what is the study of it.

As this article says, if you do a 45 minute high intensity workout, you might sweat out 1/10th of a nanogram of toxins – hardly enough to matter. It goes through a scientific explanation about what constitutes toxins, what our bodies do about them  and the fallacy of sweating them out.

I write about these matters to help you, the reader, think about what you’re reading and hearing in the popular press, mass media and at the gym. Just because someone says it, does not make it true, especially if they’ve got a product to sell you.

Look at the science, look at the Nobel Prize winners. If you don’t see the purveyor’s name on pubmed.com, a NIH free source of all things published in journals here and around the world; or if you don’t see his/her name on the list of biochemistry or medical winners of the Nobel Prize over the past 10-20 years, there’s a good chance someone’s trying to snooker you.

Now why should you believe me based only on this article or the one about symmetry? Because, until you read this essay and the related articles, you might not have ever researched the topics. Now you have. So now, do your own research. Then get back to me. Learn more from previous blogs here, here, and here.