The national and international guidelines for health and fitness recommend at least 2 days of week of resistance training (RT.) For the aging among us, studies clearly show that maintaining muscle mass prevents many health-related issues including frailty and susceptibility to falling. Few studies have investigated the benefits of 2 vs 3 days/wk of volume-matched RT whereby the sum total of weight lifted is equalized on a per-week basis. None have looked at the effects on older women of varied RT frequency with similar volume of lifting. We have addressed some of these issues here, here, here and here, and should remark on the nutritional requirements as well, here and here.

A 12-wk study from Brazil recruited women over 60 from media postings; 47 women met the criteria for participation. Muscle mass, muscle strength and body fat were assessed prior to and after the training programs. One group lifted twice/wk doing 3 sets of the 8 exercises chosen to provide a comprehensive routine; the 3/wk group did 2 sets/exercise per workout. 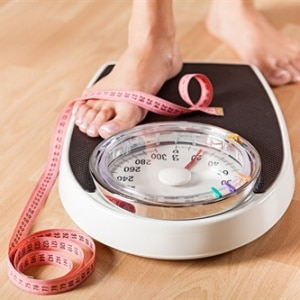 Both groups improved muscle mass and muscle strength comparably. Neither lost much weight but the 3/wk group did reduce overall body fat by a statistically-significant but not clinically-meaningful 1%. The 2/wk group lost 0.5%.

Obviously RT should not be considered a primary mechanism of weight or body composition control for older women. Despite not controlling for diet or calorie intake, evaluations of the subjects’ diets showed no changes during the study. Thus, it can be inferred that working out 3/wk does make a difference in body fatness, just not a big difference. This affirms that weight and fat loss are best effected by making dietary changes.

In sum, you can get stronger on 2 sessions/week, but you will have to work out harder on those days than if you did 3 sessions/wk.

Anyone who’s ever ridden a bike or done cycling classes knows that different muscles get used in different positions. But scientists still like to confirm what it is you’re feeling. Generally we use the quadriceps at the knees and more skilled cyclists engage the hamstrings and gluteals at the hips. While everyone uses the ankles a bit, it’s rare to feel the effort there until you get out of the saddle and lean forward to drive the legs back and down.

A few Australian biomechanists (MSSE 07/20) wanted to see what muscle groups contributed to very-high-power outputs when seated vs not seated in the saddle. This was designed to help athletes train off-bike for accelerating, climbing hills, and sprinting.

Fifteen male cyclists pedaled at two cadences – 70 and 120 rpm – in two positions using electromyography to gage muscle activations as well as video and force measures from the crank. As expected differences were observed.

Riding out of the saddle reduced the power output from the knees, i.e. the quadriceps, by 15% at both speeds compared to while seated. To make up for it, hip and ankle power escalated during non-seated riding. Furthermore, at higher cadences, knee power was ~9% lower than at 70 rpm suggesting other muscles took over.

These same researchers also studied (MSSE 12/20) the contributions of body mass to pedaling at various power outputs. Especially out of the saddle, the “rise and fall of a rider’s center of mass acts as mechanical amplifier,” the more so when high-power output is done at lower pedaling cadences.

Want to reduce your risk of type 2 diabetes, high cholesterol and high blood pressure with one simple – well, not so simple – move? According to a report at the European and International Conference on Obesity (Sept. 2020) of a study that followed people with obesity (avg. age 54) for at least 4 years, all of whom lost 10% to 25% of their body weight, the risk of all of those diseases could be reversed. They found this multiple-disease risk- reduction occurred among those who consistently lost 13% of their body weight over that 4 year period.  Cleveland Clinic Heart Advisor Dec. 2020