Gastrointestinal distress is relatively common in endurance athletes: 30% – 50% report it. As blood is shunted from the gut to the working muscles during intense training, “acute enterocyte injury, increased intestinal permeability and altered motility” can cause bloating, diarrhea, pain and flatulence. 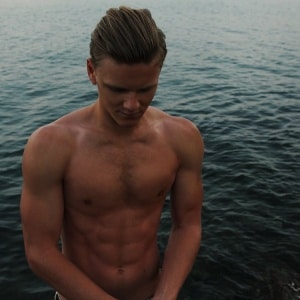 So can FODMAPs, a type of carbohydrate known to create the same symptoms in many people with irritable bowel syndrome (IBS). Often a FODMAP elimination diet is prescribed for those with IBS. Maybe a similar diet will help athletes prone to GI distress, too.

Eleven runners with exercise-related GI problems were blinded as they did two types of 6-day diets separated by a 1 day washout: low FODMAP (LFOD) and high FODMAP (HFOD). They maintained their own training routines and replicated the routine the following week. A strenuous training session was prescribed on days 4 and 5 of each week. Then they reported their daily and exercise GI symptoms on a 1-10 scale.

For overall daily life, 9/11 reported reduced symptoms on the LFOD compared to the HFOD. During exercise, there weren’t significant changes between the diets. However, during the two days of strenuous training, almost all symptoms were reduced in half the subjects during the LFOD except for burping.

Finally, perceptual well-being was not altered by either diet. While it’s possible the measurement device was not sensitive enough to discern differences, the authors concluded that a low FODMAP diet may work for some athletes and is worth a try.

Whole body vibration (WBV) has been used in the US since the early 2000s to enhance bone density and muscle strength and function. Some studies have demonstrated improved power, too. There are two types of WBV – vertical and rocker-board (side-to-side), and few studies have compared them head to head.

There are two basic mechanisms for increasing muscle size: mechanical muscle tearing and healing and metabolic via creating an anaerobic environment within the muscle cells themselves. WBV is known to be effective in both ways. So this study broke 43 young, sedentary males into 3 groups:  control group that only did upper body training, a vertical WBV group that did upper body and 3 sets of squats on the WBV, and a rocker-board WBV that did the same workout as the vertical WBV group. Each group trained twice a week for 10 weeks, and strength and size were measured pre- and post, as well as jumping power. 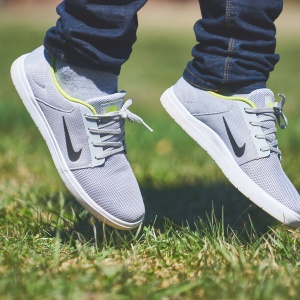 The two WBV groups saw equivalent increases in size of the vastus medialis quadriceps muscle and the adductor (inner thigh) magnus; though both groups experienced hypertrophy of the rectus femoris quadriceps, the vertical WBV did not reach significance. No other muscle groups got bigger from training.

Nonetheless, they “observed no impact of the WBV protocols on the explosive-reactive functional and coordination measures” as tested by the jump power tests. In sum, 3-5 minutes of WBV squatting helps strengthen muscles of the thighs but does not enhance functional performance.

Harvard Men’s Health Watch (Mar. 2018) headlined a discussion on frailty. Based on a meta-analysis in the Nestle Nutrition Institute Workshop Series from 2015, resistance training, aerobic exercise and balance exercises are the essential elements to frailty prevention.

An article in the NYT (02/08/18) reviewed a meta-analysis study in the British Journal of Sports Medicine that demonstrated that older adults, starting at age 40, needed more protein than is normally recommended, in addition to resistance exercise, to get stronger, bigger muscles. The RDA recommends 0.8 g/day but the data shows 1.6 g/day is optimal IF you are also lifting weights at least twice a week.