Fitness, exercise, healthy diets, overall wellness, regular medical check ups, chilling out – these are all related to better health and even longevity. Many of us have given some thought, usually based on life experiences with others we’ve known and maybe even loved, as to what injuries, illnesses, diseases, etc we would really like to avoid, avert, or at least minim

ize. Stroke is one of those that keep popping up in discussions of this nature. Ranging from mild, with no serious effects on quality of life, to major, with severe, serious, and frightening impacts on both quality and quantity of life, strokes, or what some refer to as ‘brain attacks’, can be life-changing even if you escape the first one with little consequence.
All those better-health and longevity advisements listed above can reduce your risk of stroke. With the addition of  genetics  you can calculate your risk, possibly on some web-link that will let you plug in your data, including current vital stats such as cholesterol levels, blood sugar levels, blood pressure, etc. In the end, though, so much of what we did in our pasts, including picking our parents and grandparents with discernment, may be the most important predictors. However, there ae simple things we can start doing now to reduce risk. The January issue of Tufts University Health & Nutrition Letter has three articles that offer some tasty guidance on this matter.

First is a study reported in Neurology, out of Finland, that showed that higher concentrations of potent anti-oxidants, lycopene and other caretonoids (both are pigments in veggies of a reddish a 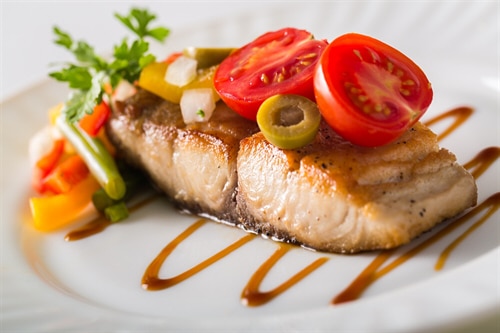 nd yellowish hue, respectively) in the blood of middle age men protected against strokes. In fact those with the highest levels were 55% less likely to suffer a stroke; they were also 59% less likely to have ischemic – blood clot related – strokes. These anti-oxidants are readily derived from none other than tomatoes, especially cooked ones. This is why pizza is not an unhealthy food; it’s also why Reagan may have been prescient when he declared ketchup as a vegetable

Second is a stud 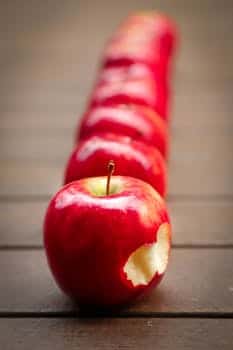 y showing that fish oil, EATEN, not from pills, provides the omega-3 fatty acids that lower levels of inflammation and oxidative stress that correlate with cellular aging. While not directly stroke related, both oxidative stress and inflammation, as measured by C-reactive protein (CRP) in the blood, manifest themselves by affecting the inner lining of arteries. As these arteries get damaged, they are more likely to form clots which might then dislodge….and migrate to the blood vessels that feed the brain. Preventing or e
ven reversing inflammation can be achieved simply by eating cold water fish – salmon, tuna, herring, swordfish, etc – twice a week. Pills worked but not as well as real food
Finally, the truth about an apple a day may be confirmed. A study reported in the Journal of Functional Foods found that eating one apple/day reduced the bad cholesterol by up to 40%. It is thought that the polyphenols, another form of anti-oxidant, are the reason this works. And the skin has lots of these polyphenols, so just wash it.  Again, cholesterol levels are one of the predictors of stroke risk.

The take message is eat fish, cooked tomatoes, and apples and reduce your risk of stroke. Yes, you could put ketchup on salmon with sliced apples – make sure the skin is still on the apple – and have a terrible meal, but I’m sure you can come up with something better tasting than that.