For a few years, while she was establishing herself as a neuromuscular expert on feet, Dr. Emily Splichal, a NYC podiatrist, was a source of highly technical yet superbly functional webinars (this is but one link on youtube) on the foot. I would strongly recommend them to anyone who works with athletes prone to foot problems, the elderly with foot and balance problems, and yourself if you have feet that you use to work or play on.

I, as a fitness professional, who stands on my feet on a concrete floor, have had my own share of foot issues. Some stemmed from my years of barefoot Tae Kwon Do training while aging and hours of concrete have generated their own issues. Through her webinars, I learned of ‘toe yoga’ and ‘short foot’ exercises, and practice them still.

I also heard these referred to in research-based lectures at the American College of Sports Medicine (ACSM) annual meetings over the past few years, especially from those doing studies and clinical work at the Harvard University Spaulding Rehab Hospital in Boston. Irene Davis, D.PT., whom I have heard for years at other ACSM meetings, and her colleagues at Spaulding have presented on knee and running injuries placing more and more emphasis on the foot as one major piece of the rehab and prevention processes. They have leant data to Splichal’s multi-faceted theses on foot exercises bringing podiatric research to the orthopedic community.

A recent article in the Washington Post has further expanded the research into the layperson’s world. I encourage readers to explore all of the references above and even more at Pubmed if you work with runners, are a runner, or are helping those with lower extremity and/or balance/stability issues.

The gist of the exercises – toe yoga and short foot – is that shoes and modern living have detracted from the muscles and neurological  relationships that existed in our pre-modern ways of living. From barefoot to moderately shod (like moccasins or sandals) to zero-drop sneakers (though Keds and other brands of exercise/activity shoes from yesteryear did not use that term), we have gradually reduced the need for foot muscles to do their jobs both as foot structures and neural feedback/feedforward gateways. I have blogged on barefoot running here, here, here and here if you want more details. 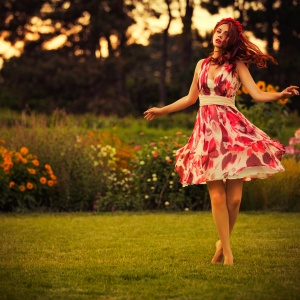 In the 1970s, as running took on a health and national flavor, and more people started jogging, shoes – originally Nike and subsequently others – were designed to absorb shock from the roads we ran on and to stabilize arches that were pronating more than some believed they should. Early research provided evidence that shock and overpronation were the sources of so many knee and shin injuries, yet each advancement in technoology never seemed to blunt running injuries.

More recently, barefoot running, popularized by paleoanthropologist Dr. Daniel Lieberman of Harvard, who studied and wrote about the natural walking and running lifestyles of our early ancestors, took hold of the imaginations and training of many 21st century runners. Chris McDougall’s popular book, Born to Run, looked at the Tarahumara native Americans who spend hours running barefoot or in thin, cheap sandals, and how few their injuries are.

Subsequent research has demonstrated, however, that, as well-intended as barefoot running even in barefoot running ‘shoes’ (that protect the skin but otherwise offer no cushioning or support) is, unless you progress very slowly and gradually from traditonal wear and surfaces, there’s a good chance you’ll encounter different injuries. Due to changing the impact from rearfoot to forefoot or midfoot contact, since no heel cushioning causes you to shift your gait forward toward the toes, more ankle and Achilles injuries show up.

Altra running shoes moved the needle in running shoes by compromising the support and stability outlines from a high heel to a zero-drop (same height from ball to heel), with a last shaped like a foot. That is, it has a wider, flatter forefoot vs the traditional almost-pointed (toe-compressing) design. But its design is to provide a shoe that requires the foot muscles to do their jobs, with enough space in the forefoot to spread the toes so the big toe – hallux – can perform its critical role during gait.

So the 21st century has come to recognize that the foot has been babied so much by major brands of running and exercise shoes to the point of detracting from the foot’s inherent talents. And research and shoe design has found that allowing or even exercising the foot actually rehabilitates and even prevents many traditonal lower leg and foot injuries. Articles such as the WaPo one will, one hopes, enlighten exercisers and even non-exercising foot-pain patients to the value of resistance training for the feet. It’s easy, and it works.

I know from experience; when I was young, and training hard, barefoot, I had no problems. Standing on concrete floors as I’ve aged has taken its toll on these old feet of mine, but the exercises mentioned in the article and referenced above are keeping me on the trails.

And they might even get you out there, too.