The latest ‘fad’ diet plan making the news today is ‘intermittent fasting’. This entails any one or combination of restricted eating not by food quality or quantity but by timing. That is, there are various versions of this program that in some form or fashion restrict when you can eat.

Hence, intermittent = every so often but not regularly and consistently, fasting = not eating.

Some plans have been studied and written about in peer-reviewed journals. But all of the programs basically limit the hours, or even days, that you can eat; some limit how much you can eat on certain days.

So, for example, you may have a plan that limits eating to those hours of 2 p.m. to 8 p.m. Go ahead – eat what you want, but only for those 6 hours.

Another may say you eat regularly for one day but the next you fast, eating no more than 500 calories.

Whatever you want to call it, as a diet, these are all restrictive, with the goal to force you to withstand hunger pangs (and maybe hunger pains) and temptations you otherwise might give in to. 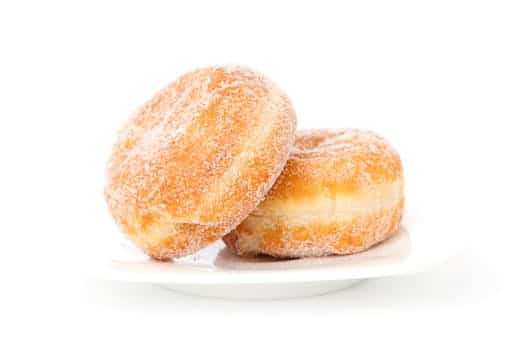 And all of these effectively accomplish 2 metabolic results: reduced caloric intake and increased reliance on stored body fat for fuel during the ‘fasting’ phase. Both of these, combined, will help you lose weight, especially body fat. And maybe muscle mass, but that’s not been sufficiently studied from what I’ve read.

Along comes a very well done scientific analysis of why some folks who’d lost weight in a regimented, clinically-based program maintained or even lost more weight while others gained it back, and maybe even more.

The study was unique in that it actually had researchers interview subjects vs administer a multiple choice test. The latter basically provides questions the researchers come up with to explain results; the former allows the subjects to come up with their own answers to why the results are what they are.

By doing so, the researchers came up with 7 factors that impacted weight maintenance: meal pattern, level of physical activity, comfort eating, reward eating, psychosocial stress, social support and a new factor they call “instrumentalization of eating.”  The first 6 speak for themselves and have been noted by others.

The latter is unique. It is defined as a “concept [that] encompasses the degree to which participants have made their eating behavior a tool to maintain weight loss. It comprises three dimensions: calorie counting, food choice based on nutrient content, and using monitoring tools (apps, schedules, or other).”

The simple way to look at this is it entails eating rules. Some dieters are better at following other people’s rules – book authors, program distributors (e.g. Weight Watchers, Jenny Craig, etc.), or simply those of a dietician or personal trainer…or even a friend. But the successful weight maintainers and losers were adept at creating and abiding by rules they learned or devised that worked for them!

They basically designed a ‘behavioral restraint‘ against wanton eating patterns with which they could live even as they denied themselves the pleasures of their pasts.

Now this sounds cruel, if imposed by someone else. But if you come up with a strategy that helps you accomplish a worthwhile goal, be it studying harder/better or earning more income or losing weight, and you actually accomplish it, you’ve instrumentalized whatever patterns needed to be restrained, or constrained. It’s not cruel unless it makes you miserable. (Some diets, whether from a book or expert, or even yourself, can qualify as cruel, and will usually manifest in dismal and self-defeating failures. If so, we might suggest you are a masochist for having put yourself through the grinder all for naught, or worse.)

My points are these:

In other words, as the word ‘diet’ has come to mean in our society, successful dieters have learned to restrain their old habits which contributed to the weight they’ve struggled to lose. That is, they’ve eaten less and/or exercised more – the very message you’ve heard right here on the STEPS blog for umpteen years.

I met Dr. Irv through a friend of mine who totally transformed her health with his expertise. I had a hip replacement from a bad fall and I’ve struggled with tight hips, limited range of motion, bursitis and Arthritis. I turned 60 last fall and I knew if I was ever going to get better I had to go to someone that understood what I was dealing with. I knew I had the motivation, I just needed the right help. Irv was my answer. In my first assessment he knew quite quickly where I needed to work on my body to get my strength back and that range of motion I had been missing. I’m so happy to say I’m on my way and I feel 100% better because of what Irv has shown me for the right exercise, nutrition and complete wellness. I have found a new home for complete recovery at Steps and with Irv. I highly recommend to anyone who thinks their body will never be the same again to go here, see Irv and take your body and your life back!

I've been going to STEPs for about 10 years. It is the best thing I do for myself, the trainers are great, I'm the fittest I've ever been, and it is all tailored to my needs. Current trainer Darryl Casey is awesome and Irv Rubenstein (owner and trainer) is great. The trainers find whatever fits your needs (strength, cardio, balance, rehab, weight loss, etc). I really like that I get a balanced workout that incorporates all of those elements. I go either on my own or (mostly) together with my significant other (Duet package).