A multi-national study followed 1514 male and female Norwegians (avg. age 72) participating in a structured exercise program for 3 years. All subjects were tested for cardiovascular fitness, muscle strength, body mass index (BMI), and mental and physical health, including medications. One half was offered 2 supervised sessions/wk with a mandatory session once every 6 weeks. These folks were divided into a moderate-intensity (MIT) and high-intensity interval training (HIIT) groups.  The other half was asked to follow 2012 Norwegian national guidelines of 30 minutes of moderate activity nearly daily. All were re-evaluated at the end of the first and third years for participation and drop-out rates.

Drop-out rates were higher for those who were (1) randomized to the supervised exercise program, (2) had lower education levels, (3) did less than 30 mins/day of exercise, (4) had lower cardiorespiratory fitness and (5) had lower grip strength (a surrogate for overall strength.) Reduced memory status was not a predictor for 1st year drop out but was for 3rd year drop out rates. Total drop-out rates were 11% after a year and 14.9% after 3 years. 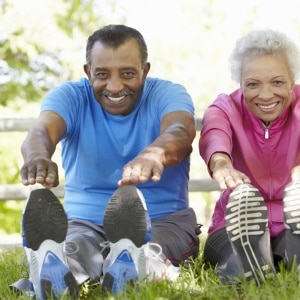 In conclusion, as the largest and longest study of this sort, the authors suggested that ‘participant burden’, by being randomized to supervised exercise, may be a disincentive to engage in regular exercise. Perhaps the ‘degree of obligation’, at imposed by outside entities, especially when asked to catalogue their activities after each session, might be a de-motivator for many. The clear benefit of being better educated overall, when it comes to participation in studies or programs designed to enhance health, could be confounded by the fact that better-educated people tend to be healthier in the first place, making it more likely they’d be apt to engage in regular exercise regardless.

The Female Athlete Triad (FAT) is the term applied to low energy availability (insufficient caloric intake), disrupted or absent menstrual cycles and low bone mineral density (BMD). Some sports are more clearly associated with the FAT, such as long-distance running, dance, and diving.

A multi-center study compared BMD in 239 female college athletes of 16 sports. The sports were divided roughly by the amount of impact (with the ground) and directionality: high-impact (e.g. volleyball, gymnastics), low-impact (e.g. cross-country), no-impact (e.g. swimming/diving, rowing, water polo) and multidirectional (e.g. basketball, soccer). The risk for FAT was based on analyses of calorie intake, body mass index (BMI), timing of first menstrual cycles and frequency of periods over the past year, and history of stress reaction/stress fractures. 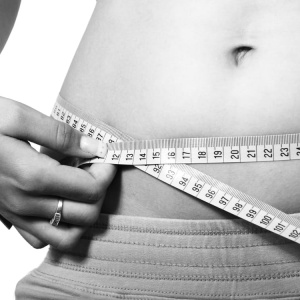 Only 10% of the athletes had low BMD, primarily in low- and non-impact sports. High-impact and multidirectional athletes had higher BMD than athletes in the other two groups. Cross-country runners, swimmers and divers and synchronized swimmers had the lowest BMD.

Any woman who had either of the FAT risk factors was likely to have reduced lumbar spine BMD. Low body weight/body fat and irregular menses “remained robust independent predictors of both” low spine and low total body bone density. Too, having any but particularly the two more critical elements of the FAT – low BMI and irregular menses – was a greater predictor of lower BMD regardless the sport. A BMI  of 18.4 or lower (less than 17.5) put any female athlete at risk for low bone density.

Function-focused cuing works better than appearance-based cuing, especially for college-aged females. A Journal of Clinical Sports Psychology study compared 203 young women separated into one of two strength-and-conditioning classes of 16-minutes. One class instructor cued with phrases that pertained to what role the exercises had in maintaining or supporting function; the other instructor talked about how the exercises made you body look. The former class participants had ‘significantly greater increase in body satisfaction and positive affect’ while the appearance-based participants tended to ‘internalize cultural messages about how they should look’ which detracts from future exercise quality and adherence.             ACSM Health & Fitness Journal Jan./Feb. 2019