A recent article in the NY Times reviewed a scientific article in the December issue of the  International Journal of Obesity that reinforced what many fitness and wellness professionals suspected: that nighttime binge eating may be more than habitual; it may be hormonal.

The article suggested that obese people who binge eat – not all do, one might add – may have a different, not necessarily pathological, hormonal make-up. There seems to be, based on the findings of a very small cohort of obese subjects, some who tend to have more hunger – that is, the ghrelin hormone is pulsating – at night, especially when stressed. Furthermore, they may have less of a satiety hormone – peptide YY – in the evening even after a meal/snack than they do in the earlier part of the day. 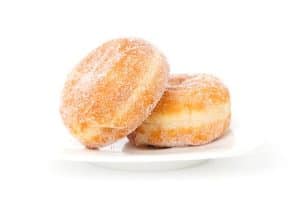 Other researchers quoted in the article point out that habits do matter: if you’ve been a late night snacker for a good part of your life, your circadian rhythm resets so that it wants to eat late at night….even if you’re on a diet.

As one said, “There is so much bias and judgment about people who are overweight, that it’s their fault or they’re lazy or just don’t have enough willpower,” Dr. Allison said. “The bottom line is that people are wired in different ways (my emphasis), and some of that does really depend on these biological markers.”

I have addressed this in other postings here and here.  The idea that obesity may be the consequence of hormonal wiring and that it may also, through habit, re-wires hormonal responses and responsiveness.

The latter effect is what I would consider the more critical and least understood. That is, we can observe how and when hormones respond to stress, time of day or foods, but we have a harder time discerning the degree of responsiveness to any particular output of a hormone since many other hormones are involved in metabolism and especially in psychology.

For example, we can measure the insulin response to a bolus of a food, be it a sugar cube or a piece of steak. We can determine that some people are better able to break down that bolus of food than others but only by looking at the effect on the blood – that is, are remnants or markers of that food type still in the blood after a few hours.

What we can’t determine, as precisely or without extrapolation, is how well the cells themselves actually incorporate those nutrients or how healthfully they do so. In other words, going back to the topic at hand, the hunger hormone, ghrelin, seems to flare at night in obese binge eaters – but is that the cause of late night eating or the effect of having done so for many years?

As to the ‘solution’, the article suggests, as any professional would, that those who are trying to diet should eat more earlier in the day and set an Off-Limits schedule for the kitchen at night. Easier said than done.

I’d like to offer a more specific solution: eat a giant high-protein, high-fiber meal around 7 or 8 p.m., earlier if you go to bed early, later if you go to bed later. While many and most studies now show that eating a large breakfast is ‘healthier’ and better for controlling caloric intake throughout the day, if there’s a habit to break such as night bingeing, maybe we should accommodate those hormones. 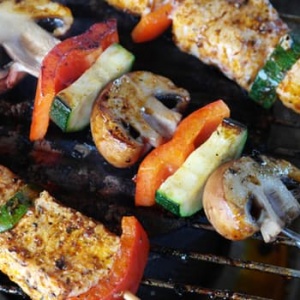 It’s a ‘fill the tank’ approach vs more constraints, more scheduled restrictions. But it does require proper macronutrients: proteins and fibers. The former is easy to figure out; the latter is more complex.

So try a hearty salad with avocado, feta cheese, maybe some canned tuna or salmon or chicken added, plus a liberal dose of olive oil dressing. Don’t forget to include a quality starch such as whole grain bread, brown rice, quinoa or sweet potato…with butter or some oil-based topping.

I can’t guarantee that this will prevent late night eating but at least it won’t be from hunger; it will be from habit. Especially if it’s junkier foods, like sweets, that one desires at night, being so full of a meal such as what I suggest may not be enough to stop the urges. So get your sweets earlier in the day – have ice cream right after you get home from work. Not too much, obviously, but some, to say you’ve had your dose of it.

Will this help you lose weight? I don’t think so, by itself; you still need to reduce caloric intake overall to effect weight loss. But it may help you reset your habitual hormonal responses…because we know from years of data collection that changing habits is harder than changing hormones.