In many blog posts and newsletters, I have tried to come to grips with the value and merits of increased protein ingestion. Studies have demonstrated that extra protein helps not just athletes and ‘bodybuilders’ but the elderly, too. In this article, we see that there was probably a benefit for those about to undergo and have undergone a total knee arthroplasty (TKA), or replacement.

Joint replacement surgery is very common as more Boomers become old Boomers. Estimates range from 500,000 to 700,000 per year for TKA and similar numbers for THA, or total hips. The most prevalent cause is osteoarthritis (OA) but rheumatoid arthritis is also implicated as are some birth or congenital defects. Nonetheless, once that time comes when someone, like myself, decides it’s time to consider a major surgical procedure to put in a prosthetic piece of metal and plastic, it’s also time to consider how best to recover to a modicum of functionality.

As a gym owner, and long-time fitness buff, and an exercise physiologist by education and training, I was acutely aware of the neuromuscular degeneration that takes place around a damaged joint that was impacting not just function while arthritic but also after the surgery. Basically, muscles around the knee, for example, get weaker, especially the quadriceps, and have more fatty infiltration between the fibers such that a tape measurement of thigh girth cannot tell the whole story of atrophy.

It was this decline that led me, despite my sincerest efforts at pain-free strengthening, to get my TKA when I did. I’d delayed as long as I could once I got a firm diagnosis of OA and it was now time to consider my options: Do I continue limping painfully, and not doing things I enjoyed doing (hiking, walking) while also losing fitness because of my inability to even do the safest of exercises for bad knees – cycling? And do I extend this path while watching my leg strength decline even further? Or, do I take the ‘cut and run’ approach, allowing a good, skilled surgeon to replace the knee? 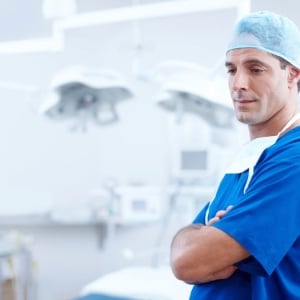 Studies do show that some pre-hab is useful in making a faster and better recovery in the short-term but may or may not do so long term. So what? I was in this for the long haul and wanted to get back to it ASAP. Being in the gym led to plenty of opportunities to build my leg muscles on the good side and maintain some strength of those muscles that didn’t hurt the joint to train on the bad side.

I tried ‘kaatsu,’, a Japanese technique known in America as blood flow restricted training, until it, too, caused more pain than gain. I did wall sits until I could not go far enough down to get the bad leg to work so the good leg was doing all the work. And I trained the glutes and hamstrings to compensate, especially for that day I did do the surgery.

I also started eating more protein supplements in the form of a powder in milk.

The reasoning was and is clear: many studies going back to at least WW2, showed that extra protein intake preserved muscle mass even during periods of starvation, cachexia, illness and immobilization. Thus, taking extra protein, I felt, would reinforce muscle mass of the bad leg even if I could not actually do muscle building for that leg. 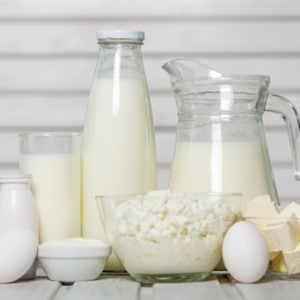 Without a personal MRI machine, there’s no telling if this worked, although, a year after the TKA I was able to leg press over 500#, much to the chagrin of the surgical resident; the surgeon himself had no problem with testing the prosthesis with slow resistance exercise so long as I wasn’t jumping on it. (BTW, I weighed only 150#, so that wasn’t so bad, especially for an older (61) man.)

Nonetheless, it has taken a few years of pretty intensive exercise to get the kind of leg strength I hadn’t seen in a long while. With age, we naturally lose the fast-twitch, Type 2, power fibers in our muscles, the kind of white fibers you get in turkey and chicken breast meat. They’re for flapping wings vs the red meat of the legs which are designed to hold the bird up all day. It had gotten hard to rise from a squat position; the spring was gone.

Despite good strength, the muscle quality had diminished. I have found that step ups and step downs really helped to restore that kind of muscle power even more so than traditional leg presses or squats. That said, following the advice of much of the literature I’ve read recently, and written about in blog posts here, here, here and here, I’ve upped my animal-based protein as I’ve gotten older and as my joint replacements required. Sure, some literature might suggest otherwise, but most is going in this direction.

Surgeons don’t address the nutritional needs of their patients, and therapists also don’t have the time to dedicate toward this side of the joint-replacement triangle of surgery-therapy-nutrition. But the lead article by Dreyer et al. in the Journal of Sports Physical Therapy addresses what I do believe to be a shortfall in this arena of fitness and exercise.

To sum it up, most patients of joint replacement tend to be older than 60, have been sedentary for a long while with pain and disability, have probably lost muscle mass and added body fat, have experienced, unbeknownst to them, a loss of both muscle mass and muscle quality, and, through the combination of all of the above, have muscles around their joints that are dysfunctional. Protein supplementation won’t, by itself, alter the soft tissue side of the repair process; clearly strengthening and re-educating the muscles take precedence. But the building blocks of anything regarding muscle tissue consist of proteins, amino acids.

Whether a surgical candidate or not, consuming 1.2 – 1.6 grams of protein per kg of body weight, or about 0.66 grams per pound, is appropriate for middle age and older folks, but more so for those who will be having major surgery on their joints. Eating more protein foods to get that much into your body could be a challenge. That’s where supplements come in. Most are egg, soy or whey-based and can be blended into milk or water; or toss a dose into your fruit smoothie to give it flavor and extra nutrition. It won’t cure OA but it may make it easier to do what you must in order to live with it – build muscle strength.