How’s that for a headline? Grabs your attention, don’t it?

But that’s how mass media, especially on line media, operates: it tries to grab eyeballs. Even researchers do so by titling their articles accordingly – either catchy, kitschy or catastrophically.

But if you read them carefully, you will often see the big clue that it’s not what it appears to be. For example, in this article on behavioral eating, or stress eating, “Stress eating can start in early childhood, may lead to extra weight later”, we learn three lessons: 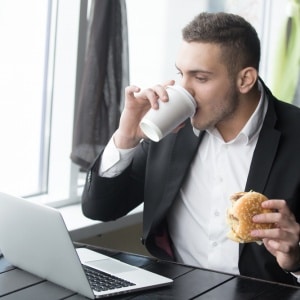 Now those of us who’ve been in the eating disorders realm already knew this; even those of us who’ve worked with clients who’ve tried to lose weight knew this. How? Because many people who are overweight, especially pre-menopausal, have developed eating patterns that had a deflection point – that is, a time in life when everything healthy and appropriate went to hell.

For some it was high school; for others it was going off to college; later, it’s the job, then the marriage, then the babies…then the marital distresses and divorces. Any number of life events can cause one to deviate from a lifestyle that was otherwise pretty healthy.

That deflection point, where healthfulness deviated into less-than-healthfulness, is the natural bane of modern existence.

But when that deflection point occurs in early childhood, there are few resources available to pull things into line. As adults, we can access therapists, trainers, dietitians, etc; as kids, though, especially those growing up in unstable households or neighborhoods, those resources are lacking.

And the social net is not fine or refined enough to catch those kids. Thus, as they proceed into adolescence and then adulthood, not only are their bodies tuned toward unhealthy weight gain, but their behaviors are, as well. I have written on this topic many times. Please check out my other blogs on these related topics here, here and here.

While this is true for those in the middle and upper classes, those who can access appropriate health care often struggle with lifestyles that have been ingrained deeply. I have a 70 year old client who has struggled with weight her entire life; her genetic history laid the foundations in her structure. But her mother used to meet her at the door, figuratively speaking, after school with a plate of cookies and milk. Sixty-five years later, she still hears the cookie bell go off in her head, and has a hard time fighting the urge to eat crap mid-afternoon. Behavioral eating met its deflection point eons ago and she still struggles, losingly, against it.

I wish I could offer a solution. As her personal fitness trainer, I support her in her efforts, and try to not judge her even in failure. Rather, we discuss options, alternatives, solutions -she comes up with. But the bells still ring and the Pavlovian patterns still tug at her. 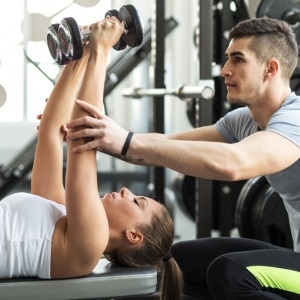 When you read a headline with a title that includes “may”, “possibly”, “probably” or “likely”, beware: that’s to catch your eyeballs. But, like the snack-time Pavlov bell that rings in people’s minds, that drives them toward unhealthy lifestyle choices even as they know better (for many do not and that’s a tough nut to crack), those bells that started early in life are akin to the ones that ring when we read these kinds of headlines: read me = feed me.

The lesson is not for you, the reader. It’s for you the parent. As CSNY sang way back in the 1960s, “teach your children well”. It’s the best way to provide some insurance against adult behavioral eating that, if it leads to the heart of metabolic disease, kills.